When I had done Trial of the heart in Infinite illusion that opened today, one of the rewards that I got from "Trial of the heart basic reward pack" it gave was item called General Page. It's item text says it's used to learn or upgrade General tactic in Tactics interface. Such tactic isn't in Tactics menu. That makes this item unusable.

Is this one of the items ment for %tactics, that we voted not to be added to our version? If so, why do we still get it in our version?

Even if this item is unusable in our version and we're told to ignore it, it still takes away rewards we should have gotten. Just today I got 2 of them. I wonder how many missed rewards we'll have because of them say... 1 year? Two?

Just giving you a heads up, before more players start complaining about this, since unlike other items that aren't usable, we might get these whether we want or not and lose rewards because of it. It's up to you what to do next. Patch them out in next mantenance? Unlock interface that uses them, if it isn't %tactics? We might not know (yet), but we'll be waiting to see it. 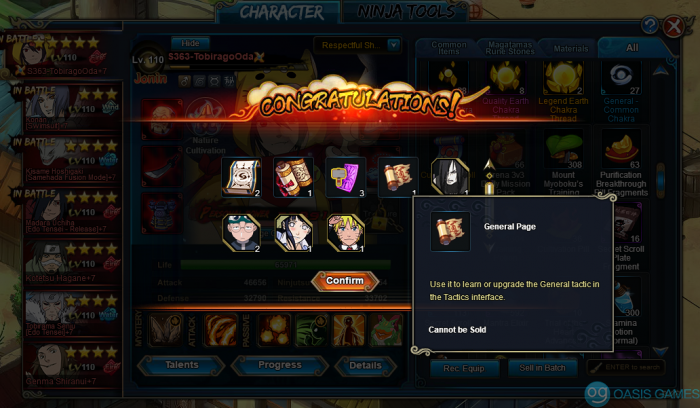 Just so nobody misunderstands, this is not about new Trial in Infinite illusion. Getting it is a GOOD thing. Only part I was complaining was that one of the rewards is unusable and it can take away rewards we'd otherwise get from said event, with increasing numbers when time passes. Nothing more, nothing less.

yes we would like to know where is that General Tactics ?

Hello, thank you for reporting this! This has already been passed along, but I will ensure that this is reported and hopefully we see the results soon!

im not 100% sure but it might be part of a future update that you can have general purpose pages to upgrade your tactics, any one you chose, like a blank upgrade page

Please keep in mind that we are not CN, and we might not ever see this system implemented, or it could be implemented differently if we ever do get it. We have currently discussed having this item removed or changed in the current pack. I do not have definitive information regarding the use of this general tactic page, as I do not play in the CN version of this game, so I can not discuss any guesses or what I have been informed by others that it might be used as, but this tactic page might not ever be implemented, no one knows what the future holds.

Why are we getting those items then tho? I mean we are copying everything CN does so its bound to happen right? Every ninja they reIease is getting impIemented here as a compIete copy.

Hello,
We are not copying everything that the CN version of the game has. Our version has a fair number of differences. This item was erroneously kept in this pack and has now been removed. I will ask for you what should be done with them.
Thanks!

Alright, at the moment the General tactics Pages are useless items. You will need to put in a CS ticket to see if you can get compensation for them. Here is the li