So Temari fragments have been dropping out like hot cakes in the lucky stars wheel this week. Since many people on my server were asking me for lineups, I decided to make a thread about it. This is my first thread giving information instead of asking , so please go easy on reviewing me ;).

NOTE- All these lineups are not mine, some are my originals, some I have seen in other videos and some may have been derived from other lineups. 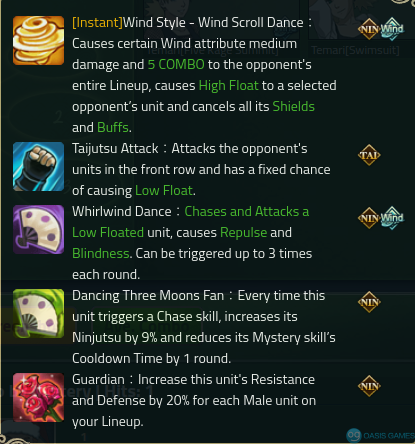 Pros- Undodgeable mystery that can ideally be used every round,Removes shields and buffs, has good scaling, easy to trigger high combos and quite tanky in teams with male units.

Cons- Needs at least two support ninjas for the first two-three rounds of the battle, is not fully utilised in case she is paralysed, only has blindness in cc caused by her.

PS- If you have enough coupons and don't have angel konan or other 20k ninjas with high damage, you may prefer to 4 star temari over time from events(maybe just collect free fragments when she appears in events) as her skillbooks in CN make her scale even more and make her extra tanky.(Her chase increases her resistance also.....*looks at gamariki*).

She usually fits in best with fire main or wind main, but you could try experimenting with water main or earth main though I would really not recommend that. 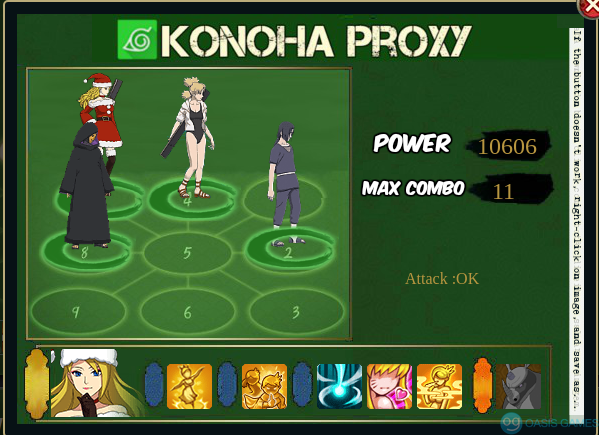 This is quite outdated now but is still a very good lineup. It is probably the most common lineup with temari amongst high powered players.

Three immune ninjas, mystery almost every round, decent crowd control and a reset.

Probably the only downside of this team is the lack of mirror or a debuff cleanser. However, one could try experimenting by using edo itachi instead of susanoo itachi since he has mirror and his mystery is basically like masked man's but better.

I've used the blindness passive here as it can trigger dodge and mirror of opponents ninjas before the first actions in the round which makes it easier to combo off in round one or control ninjas like masked man with susanoo itachi. The initial damage is now that high as the team relies heavy on scaling, Habanero kushina is probably one of the worst opponents of temari teams as she causes paralysis. 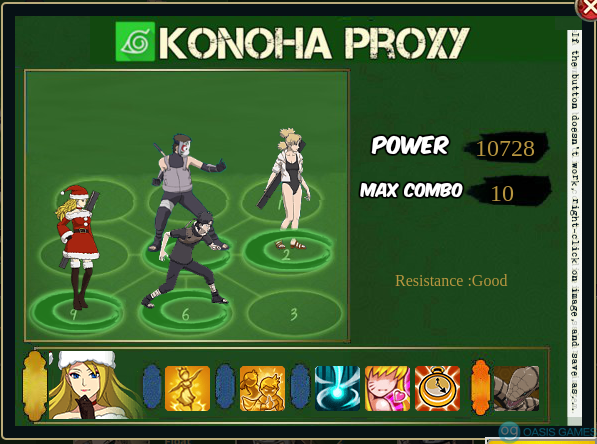 Two ninjas with immunity, one with dodge, barrier,repetitive mystery spamming, crowd control and all! This team is probably my favourite team with temari!

Yamato at position two can interrupt position two ninjas like han ,5 kage madara, or samehada kisame who remove your buffs(flower guard in this case) and barrier. Plus his 30 hit chase, which is quite easy to trigger is good in causing immobile(you usually gain 60 chakra because of natural draining) and ignition. In case ninjas like masked man (who yamato can't interrupt) try to control your wind main or temari in round one, yamato can give them a BIG shield and provide immunity for one round.

Also, if your opponent uses a shark bomb team, you could use yamato's mystery at the end of the round to absorb chakra and immobilise the water main.(Ninjas like kurenai won't have chakra to clear the immobile then)

Shisui is basically there to act as a secondary damage dealer who also gives a barrier and acts as a combo starter. If you need to balance out the team, chiriku or ningendo may be good options as chiriku can make yamato tanky while ningendo has the mirror.(Useful since most immunity removing ninjas like shisui or 6p naruto would usually target wind main in round 2 to prevent her from using her dance of impetus).

The biggest con of this team is that yamato and shisui are not exactly tanky enough. However 3 starring yamato or putting a benihisago on him could help.(The benihisago increases both tankiness and reduces chances of control fails by yamato). 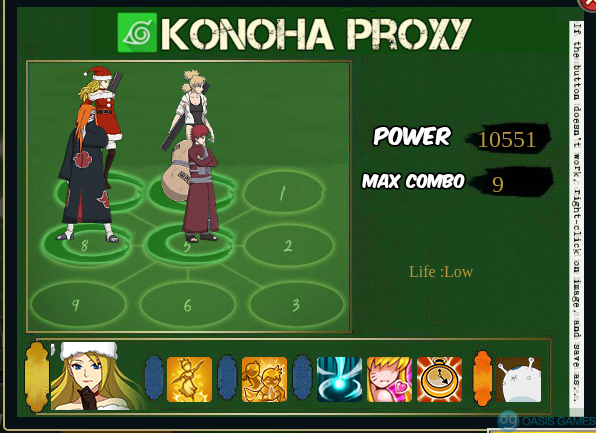 This is a pretty basic team but is still quite effective. Gaara + wind main give nice shields, two ninjas are immune, one has super armor,one has mirror and there is also a lot of crowd control.Of course skillbroken gaara is ideal here but you could try using kazekage gaara for a passive barrier but you'll be giving up on shields then.

A trick people don't realise with this team is that any combo started from wind main's clones or temari or ningendo's standards does not contain gaara's chase in it. This is something I purposefully chose because ningendo would cause immobile in his chase but if your opponent has a ninja who is not immune by default (like jinchuuriki's or chiriku), then you could use temari's mystery in round one to immobilise them at the end of the round. This kind of strategy is particularly useful if your opponent's position one is faster than you. One c*so replace ningendo with gakido if they feel that mirror is not enough against CC.

The drawback of this lineup is that there is no ninja to interrupt thus flower guard is easily removable and non prompt mystery to activate gaara's barrier is susceptible to interruption. 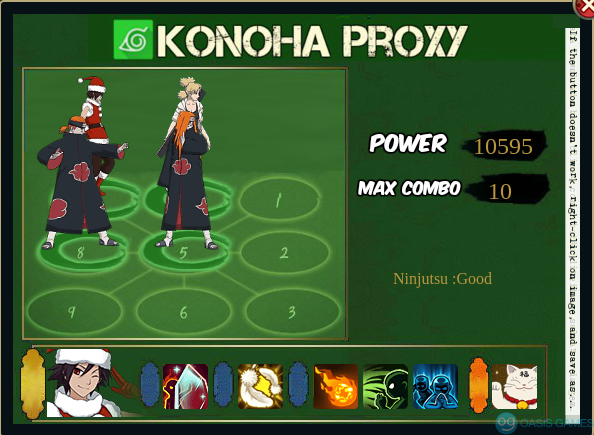 I personally believe that the ninjutsu urge passive and sleeping standard of fire main are underrated. The clone is there to protect temari from combo-starting standard attacks,the team has decent control, ignition and has mutliple cleanses,mirror. Temari who keeps scaling and is already tanky because of her passive keeps recovering life and is difficult to kill.Gakido and ningendo are in sync with each other. After skillbooks, gakido recovers 30% of his life with his chase and ningendo also cause more damage with his chase while absorbing chakra. This team is not blitzy enough, but if used properly, it c*ways be quite tough to kill (except when ignited.... T_T).

Fire main's sleeping standard also helps a lot, especially against the 5K Madara + Jonin minato teams, since if minato is not protected by a clone, fire main will put him to sleep at the end of round one and you could easily control water main and the position 4 (usually both healers) with temari's mystery initiated combo, ningendo's mystery(which also absorbs chakra). You could try replacing ningendo or gakido with a secondary damage dealer at P2 if you want, Kushina Habanero, edo yagura may be good alternatives for gakido.

That's it, peace out thanks !

PS- If you guys give me good feedback, I may try to make posts about lineups for some other ninjas that are common or people may want. I may not be as good as ICEx or Jori, but well, I tried !

Sorry, I kinda got carried away and typed too much I guess.

Good and cancer(not in a bad way xd) lineups,hope you continue making and posting teams. :D

Good lineups , specially the fire main one , but don't u think using koh or maybe gamakiri is better the the cat since its only being triggerd once

That certainly is a good option, my cheapskate mind didn't think of that tbh. Like I said, any variations are possible.