Anbu Itachi here we come, This ninja is decent enough as we proceed further, he will be matched with some good teams in the future as well. He removes buffs and shields and he is doing decent dmg with his mystery although its single targeted but its fine. He provides 2nd attack to 2 of your Uchihas in your team as well. He can be paired with almost every Uchiha easily. Team is solid enough. His 30 chase ignites and hits 4 people. Earth main will be aggresive and we will have Obito for Imobiles in his chase and removing buffs. Passive for Survivability from Earthie plus the pose of duel. 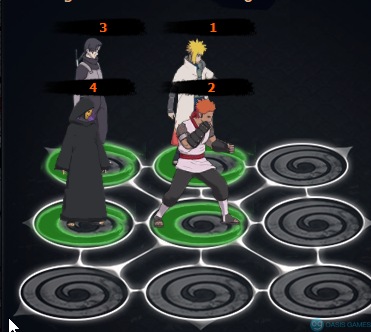 Burst Team with Hokage Minato Leading the team, you can change mystery of earth and put double attack and sweep positions with Itachi if you want. This team goes well with passive from earth for more survivability. Itachi and Obito will go well enough together and they will deal some good amounts of dmg. Hokage will just burst and tags people. Lovely Fire main team with Brothers and Shisui in the back for buffing them and supporting them. Itachi will rock it with his mystery and you will have Susanoo to deal the dmg here. Here comes Uchiha Dream Team. Madara the bossy will buff up the whole team and they will just burst out in 1st round with Lightning armour. Team looks cool enough Madara at the back will support the whole team and Shisuis barrier will give extra buff for more dmg. 2nd Fire main team with hidan to proc Itachis mystery. This team will be deadly as they will charge and burst out all together. They will be under Shisuis barrier and they will be ready to demolish! 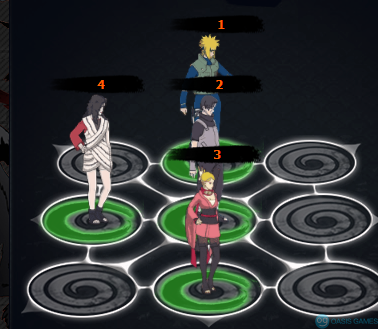 These were some Lineups for Anbu Itachi for the time. Thnx ! Good Luck!

can anbu itachi be paired with wind main,shisui and jonin minato? dont know about the summon tho

Try using the shark summon as it is the closest one (besides king of hell) to trigger Itachi's chase. Besides the shark, the toad and the monkey summon are other substitutes.

the 1st lineup is f2p, to get masked man you just need to hoard coupons for 1-2 months.

Can anbu itachi be paired with masked man and madara? Im f2p btw and Im staying that way

If you happen to have all three ninjas and Fukurokumaru (gold cat) as a summon, you can make a nice team as a water main since madara's chase is always a critical, which means you can chaos and pairing with the poison passive. A lot of debuffs with this team, especially with both masked man's and itachi's mysteries being able to remove buffs + shields to make sure those debuffs happen. Skills: 3 - 2 - 1 - 2 - 2

Btw i have shisui and should i change madara with iruka? Should it work for light main ? And how about Itachi 30 combo chase with ignition?

For lightning main, you'll need fukuromaru (gold cat) to trigger his chase from just one combo. Having king of hell makes it easier to trigger itachi's chase as well. Otherwise, other summons are capable of getting close from one combo and all you have to do is make sure hit number stays so you can get to 30.

RIP on my part since I don't use water main and don't brother to check on the skills.

10-12 months* if you are free to play
fixed it for you.
You're welcome

Edit: Well if you are a strong free to play who is able to plunder every day with success then it takes around 3-6 months.

can anbu itachi team up with raikage 4th AY shisui? and what is the best summon and main for the team?

Im f2p and last month i made 4k coupons.I think in worst case,f2p can make 2-2.5k no problem per month.So 3 months or less,since there is 3-5 free frags per week,if that ninja is in events

no is not so, if you are full free to play and if you are wisely using your resources to grow you are indeed able to gather a very minium of 5000 coupons.

Just 1 plunder attempt + 1 ss convoy every day are 2600 and this is if you don't get any coupons to run more from plundering A/S convoys or by running A/S convoys, 400 are from world boss, 300 from daily activity (10 per day), 200-250 from montly sign in, another 400-500 from the group wheel (getting 20-30 coupons per day is pretty common out of 10-13 tries), another 1000 from other various activities (just the group summon are 640 in a month, plus you get something in survival trial, various event like lucky board or mission general mobilization pack, weekend events (like the puzzle we had now) and so on).

He might be referring to players that do the bare minimum and gets plundered all the time since if he believes his definition of f2p player typically gets 1200-1500 per month, then he must be not putting in the effort since if you consider players that cannot plunder and get plundered all the time, the amount of coupons they get would be 660, which would make your total be 3060 per month from your estimate