to tell u the truth, Ay 4th skill mutation/trial is broken, Thank you oasis to not let this ninja get his sb easily. This is just like when oasis decided to not bring %tactic page to us. I hope oasis wont bring kakuzu egf mutation/trial too since he is also broken.

I am sorry for the owner of Ay4th raikage, but , we need to accept this for the sake of balance and healthy game.

Oasis must not monetize the upcoming supposed free ninjas too

yeah right.lets hope that deidera(edo) and kakuzu(grudge) dont require 4* to skill break...Nah scrap that please oasis make it compulsory for kakuzu to be 4* before you skillbreak..XD

In arena, even with the breaktroughs, you get still owned by any sb with clone and immobile mystery or by any faster than you shark bomb team that runs a 2nd direct cc ninja like masked man, shisui, itachi susano'o, fu yamanata, ao, ino etc...

Even very few p2w got him more than 3 star. Maybe put him in recharge events like itachi wheel and balloon thing.People are getting bored of constant itachi susanoo,kakuzu,and deidara events. Maybe put those ninjas when breakthroughs come.

Making his SB available at 4* doesn't really balance anything.

im pretty sure they just wanna add his fragment and skillbook in next recharge event xD , you know , like usual

Fully upgraded ay 4th with skill experiment passive shines in 1v1. Thats all he does.

Danzo's experiments? Pretty much poor man's susanoo itachi for almost free, for everyone, most versatile (except EGF kakuzu).

I'm obviously aware that those books(and experiments) arent released yet, but since discussion appeared during Ay who starts it all, it might be worth to think about it NOW how things will go, instead of doing emergency fixes.

Propably more to come in the future. Obviously its easier to get event ninja frags than treasure SR, so are they all going to be put behind a paywall? If it's only balance issue, why not deactivate skill that makes them broken and allow playerba

Also: lately implementing new ninja skillbooks at this rate in CN is powercreep trend the same way as implementing new ninjas is one here. Most of the time people won't even manage to get one and there are already 4 new ones (except for people who instantly buy anything thats new every week, kudos for you guys who are content creators lol). If it's balanced you are concerned about, youll propably have to change half of the game that is yet to come tbh. Meanwhile we just want (accessible) new content. And competitive people, after all this time actually know what's about to come and how to deal with it.

Just my thoughts, hope they actually managed to highlight some of the issues. 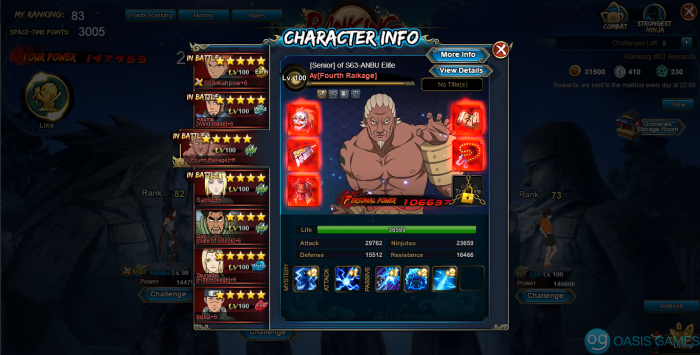