Hello everyone, i want to invite all of you to have some kind of conversation or brainstorming regarding this new feature that we got for our Group .. I have some idea about this feature but i'm still on the process of learning it .. I can say that i only have about 30% knowledge about this so i might be wrong with what i'm gonna share .. At least, you'll be able to pick some ideas and see if it is good or wrong .. People who also have ideas are free to share their thoughts here .. So without further ado, let's start it .. 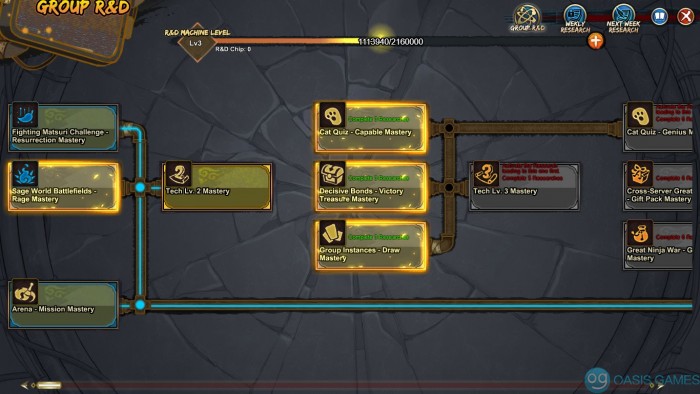 --- Each Mastery can give additional bonus for your group for 1 week and for unlocking Mastery, you need to spend 1 R&D chip .. In the image above, that is what i've done with my group (Note : Only Leader, Seniors and Scientist can do things in this feature) .. I unlocked Arena - Missions Mastery, Fighting Matsuri - Ressurection Mastery and the Tech Lv 2 Mastery for me to be able to unlock the Tech 2 Mastery ..

--- Each Master has its own bonus, like for Arena - Missions Mastery, it gives additional Missions every Sunday so it means more Missions, More Moon Scrolls .. Fighting Matsuri - Ressurection gives 3 more Revive Attempts and reduces the usage of Revival Potion by 10 .. At Tech Lv5, there are some interesting Mastery that looks great for the Group, one of them is the GNW Pack Mastery which gives 3 additional Elite Packs, so i assume that if we activated that Mastery, we will get 13 packs instead of getting the regular 10 packs ..

--- For this week, since we got this feature last Thursday, all Mastery that we will unlock are not going to be on effect since the Research starts every 05:00 of Mondays .. So be prepared always and Set your desired Mastery for your group to have on the following week ..

--- Also, from what i've read, some Mastery cannot be used for consecutive weeks, it means it is like Mystery Skills of Ninjas that have Cooldowns .. 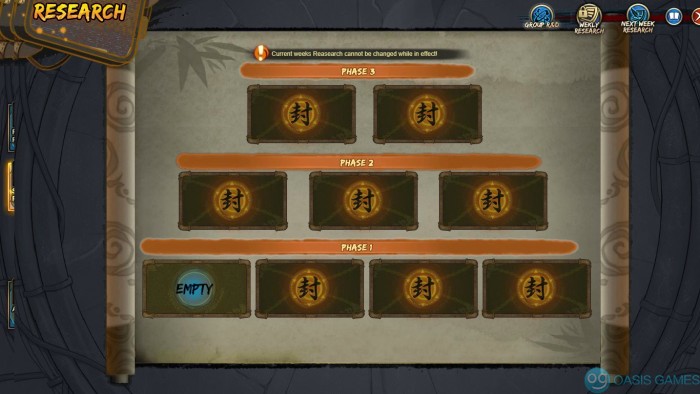 --- From what i understand, this part of the feature is where the Activated or In Effect Mastery is placed .. You cannot change the Mastery that is in effect on the current week .. So that's what i mean from what i've said above that "since we got this feature last Thursday, all Mastery that we will unlock are not going to be on effect", as you can see, i already have 2 Mastery unlocked but none of them are in effect on this week .. 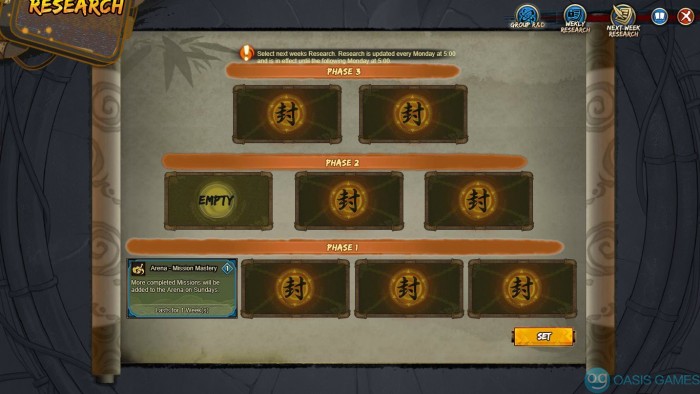 --- Now, this is the part of this feature where you're gonna set your desired Mastery that you want to take effect in your group for the following week .. I still haven't figured out how to open additional Slots for the Mastery but i think it's going to be unlocked as the Research Level increases .. (In the image above, i've set the Arena - Mission Mastery for my group to have additional Missions since i think we are going to have Cave Key Rebate next week, and Moon Coins is what we need to purchase Cave Keys from the Groceries)

#. Setting Mastery for Next Week Research 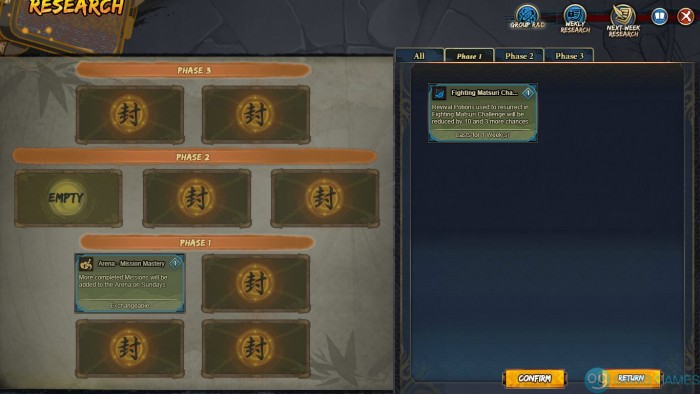 --- Clicking the "Set" vutton on the Next Week Research interface will bring you here .. You can Click and Drag the Mastery you want to have for next week on the open slots of the Phase 1 (the Phase this is a bit blurry for me as of now so, i have no idea how to open that) .. Once you've decided what to activate on next week's Mastery, click the "Confirm" vutton and wait for 05:00 of Monday .. Mastery only takes effect every 05:00 of Monday until the next 05:00 Monday , so it means you need to set Mastery before reaching 05:00 of Monday or before the week's effect ends ..

So that's all for now, this is what i know and understand as far as i can .. Hope you guys to learn something about this thread i've made .. I know some of my fellow Group Leaders, Seniors and Scientist out there having same problems on finding out how this new system works .. I also did this for my friend's request Abr.Onish ..

Other information about this feature can be seen in the "News" section of this Forums, made by Daiske (Click)

Thanks and Good Luck everyone .. Happy Gaming

thnx for the info 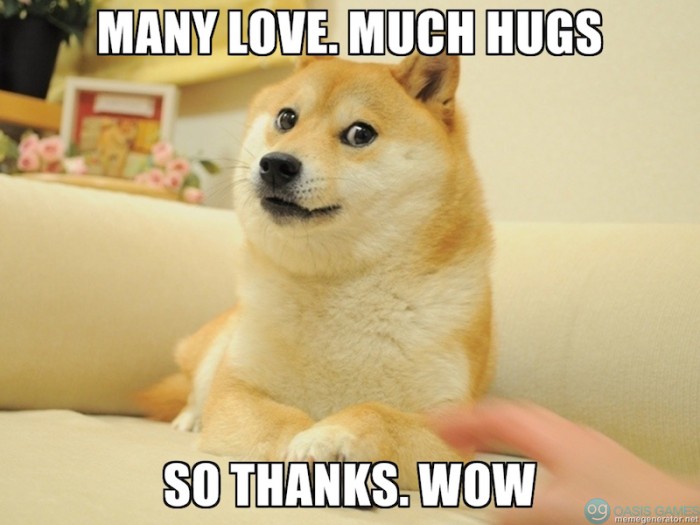 Thanks very much, my friend!

If you use a mastery it disappear like it had 1 use or yo have cooldown for like 1 week and you c* use it only afte 1 week again?

There are upgrades in the R&D Upgrade center that say like "Tech Lvl 1 Mastery, Advabced Tech Lv.2 Mastery, etc" those are the ones that unlock more slots for the research next week

It is reusable as far as i know, but some of the Mastery has Cooldowns like, after using it you will not able to use it again for the next 1 week up to 2 weeks or maybe up to month .. but at least, it is reusable and will not disappear like one time use only ..

I see .. I just opened my first Tech Lv .. So i'll just have to wait and collect more chips for now and unlock more on this coming days .. Thanks for the info bro, this helps a lot to fill in the blanks about this feature ..

So today is Monday and this is the day where the R&D Mastery should be activated and goes in effect .. And i checked our Group's Machine and all is fine and working, my guesses is right and now all is working the way it is :D .. I'm gonna add some explanations about my understandings about this feature (Images provided below) ..

--- So this is what my group's R&D interface looks like now .. I already unlocked all Phase 1 Mastery and unlocked 1 Phase 2 Mastery (Group Instances - Draw Master) ..

--- I boxed the Mastery according to their Phase Groupings (You'll see in the "Next Week's Research" image why i boxed it) .. You can check the Mastery's Phase by hovering your mouse pointer over the Mastery, and the Number in the corner right shows the number of the Phase where the Mastery belong.. 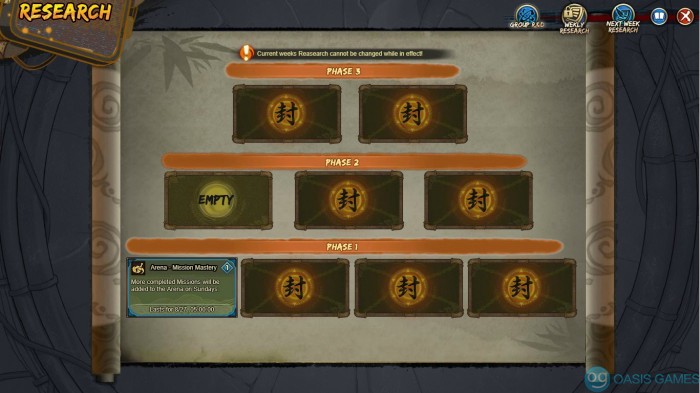 --- This is what my Weekly Research tab look like now, as you can see, there's already 1 Master placed below and activated for this week .. And that is the Arena - Missions Mastery which i've set last week .. This will take effect for 1 week, but as the card says, the extra missions will come on Sunday ..

--- The only thing i don't know now is the Availability of this Mastery Cards since from what i've read, some cards cannot be used consecutively and has cooldowns for 1 week or more .. 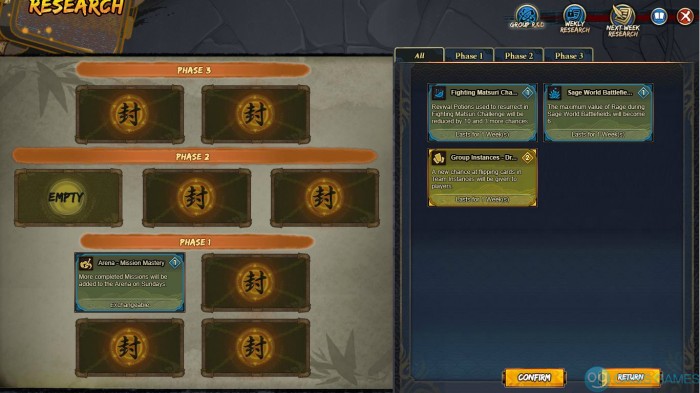 --- This is my Next Week Research now, as you can see, In the Phase 2, 1 slot is now unlocked and can put 1 Mastery (But you must have Phase 2 Mastery to place on the empty slot) 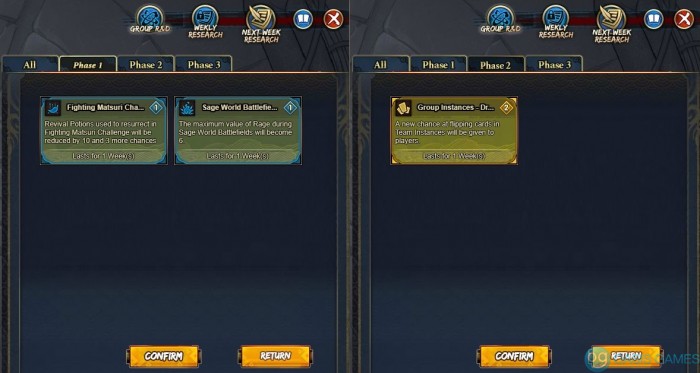 --- This is the reason why i boxed the Mastery in the first image .. 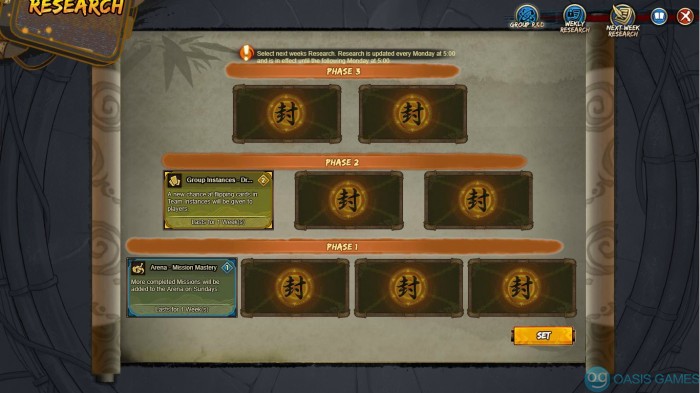 --- And this is what my Next Week Research looks like now, I've placed the "Arena - Mission Mastery" again on the Phase 1 and placed the "Group Instance - Draw Mastery" on the empty slot of the Phase 2 ..

Hey Kei, What the meaning extra flipping card on Group Instance? Is that mean we can flip another card and get extra reward?

Thanks .. It is my duty as the Group Leader to find out things for the welfare of my Group and my Members .. :)

As of now, i have no idea if that will be the case for the Group Instance - Draw Mastery but i have an ideas on how this Mastery will be ..

It is either, as you said above, we can flip another card and get extra reward

we're going to get extra Rewarding Attempts (The regular Attempts are 15 + 5 from Friend Reward Attempt) ..

I will keep this post updated about my Group's activities regarding this Feature ..

Further on the Phases are mixed again, so I think the easiest way is to just remember the colours are like in awakening ninjas/upgrading gear

Here's all 3 next to each other for reference

As far as i can see from my post, there is not misleading information .. Maybe you misunderstood some parts of my post .. as you can see from the image where you set the Mastery, it clearly shows the Mastery in each Phases .. and that's what i Squared in the image above .. Review my "Update" post again and tell me if i'm wrong or not ..

And i'd like to remind all readers again, this thread is not an actual guide with accurate information as i only did this for finding out how this feature works, like what i stated from the very first before all of this ..

Edit : Okay, i just checked the machine and i made a mistake, i didn't checked and hovered my mouse pointer above the Cat Quiz Mastery that's why i didn't know that the Cat Quiz Mastery is a Phase 1 Mastery .. If you saw the image i provided, the one i took is the Group Instance - Draw Mastery which is a Phase 2 Mastery .. Sorry for the wrong information but i have no ill intent on giving wrong information and mislead people .. Hope you understand it ..

I have that Group Instance- Draw Mastery set for this week and it is 100% MISLEADING.

The truth is it only lets you flip the item cards 2x, not all cards, which makes no sense since most probably imagined this was a counter balance to the lowered chances of actually getting ninja tools in the 5.0 update thanks to moon scrolls spamming the rewards options. 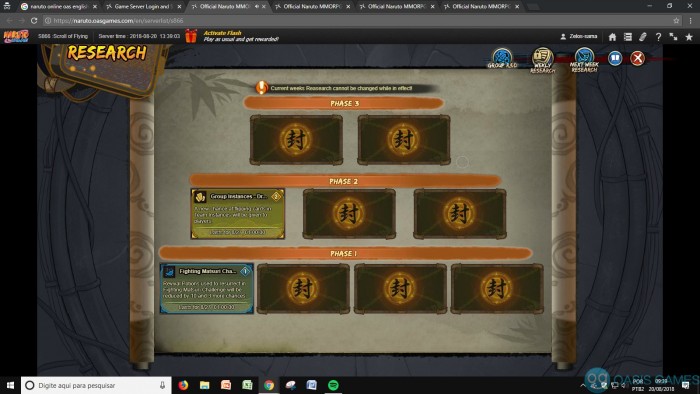 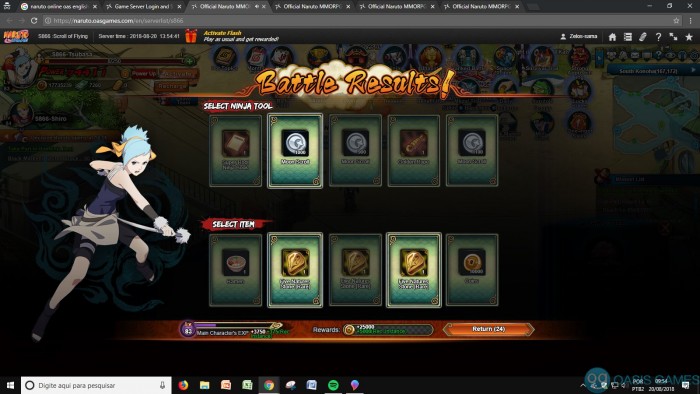 so, we can get extra card at bottom card?

Yes, on the bottom card you will get 2 instead of 1. The top stays only 1 reward.