Talking about the newest ninja skill updates, let's see if there is anything game-changing

a. This one is nothing game-changing in my opinion, just makes him more immune I guess. Not losing damage versus those skills

b. This is a new buff added to his passive 2. The first part with combo rate is interesting because you will literally get 80% combo rate if you have a full konoha team, practically making your hashirama always comboing with his standard (and harder to get comboed? I was never sure if this buff also helps with that). The second part is even better with 10% more damage (up to 40%) which is a lot and helps your other ninjas (or teams in gnw/bond arena/3v3)

a. Not like he honestly needed this one, but hey less worries for your cooldown reduction

c. you get the d and f skills after defeat

d. Basically similar to the previous skill but with 0 chakra cost at start, and you can even do it twice in the same round with only 20 chakra thanks to the new f passive. Quite strong

f. Here is why you can do 2x mystery, getting both immunity to debuffs + super armor. But on the other hand he is basically killing himself with losing 20% hp per mystery and getting 30% atk/nin buff.

So the changes are good and strong, but it makes him a suicide machine. He won't last long, but maybe enough to kill your enemies with his new damage buff 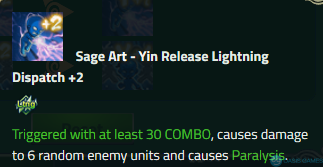 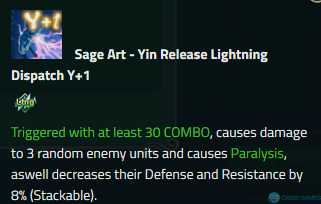 a. So it increased from 6 enemy units to 9 enemy units. Kinda useless in 1v1 battles but great for GNW/Bond Arena/3v3, so it could be used definitely and it's a small buff

b. Also a small buff, neglecting immunity is quite important nowadays and paralysis can mess up some chase-scaling ninjas or overall ninjas with strong chase debuffs