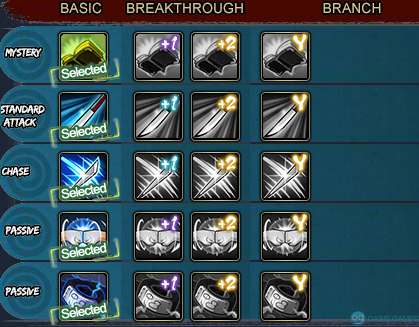 No chakra/cooldown differences here. Y doesn't have debuff removal but it has an option to use it versus your enemy which honestly isn't very enticing to me (giving your enemy debuff immunity and taking away super armor) 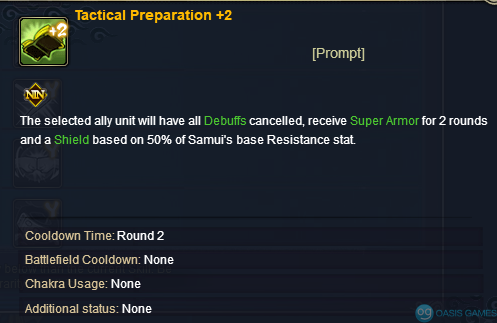 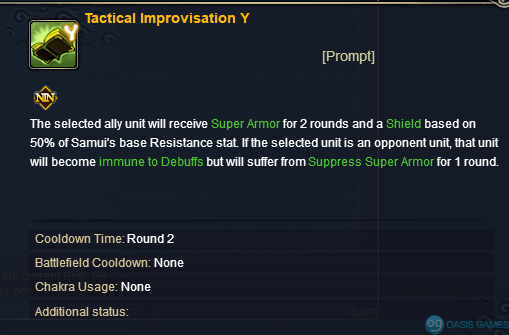 Doesn't matter much, if you are having troubles doing your chases you could try Y for the guaranteed repulse

I'd go with +2, her shields won't be too special and it will only protect herself (pos3-4 support) so chakra removing from your enemies could come in handy

Now this is the most important one, a really nice support buff, especially for Hidden Cloud ninjas.

+2 is theoretically amazing in longer fights, but I'd go with Y for more standard attacks usually. Anyways a great support skill, it's even active after she dies (see you definitely don't need those shields above)

This one doesn't matter too much in my opinion, it's just a decent support bonus