this new Yugito is very strong.

If I only possess hashirama and yugito new year, do you have any suggestions for a 3rd character? (within f2p capabilities)

But of course, there are actually several possibilities, but I would recommend ninjas who clean the debuffs she may receive, for example, Naruto Chinese, can clean and still give her extra attack, the Bee 7 swords is also great already what a biffa Jin, for the arena where the combat is usually very fast, this is a good advantage, even better than the one I used, since I wanted to bring a team with the Chinese theme haha.

I mentioned these two because eventually you will have them if you don't already, chinese naruto you get a lot of fragments in Illusion packs, bee 7 swords eventually comes in the chest.

I may be indicating more ninjas if you don't have these, or you can send me a print with the ninjas you have. 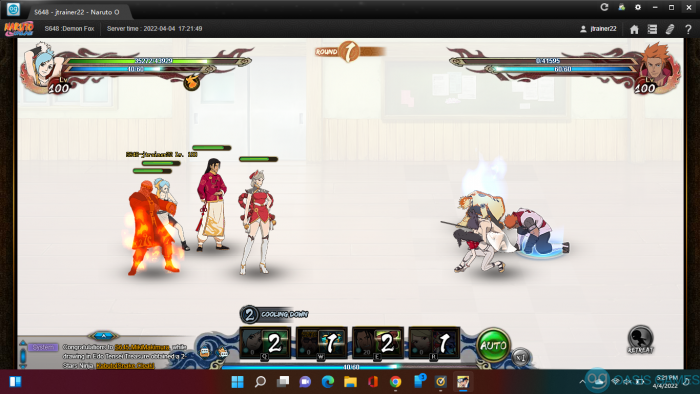 Having too much fun with this team lol