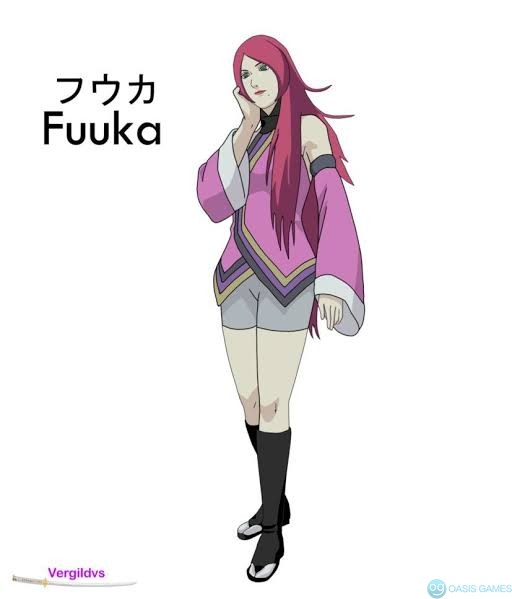 Attacks the selected unit, causing Chaos and lowering Defense by 30% for 2 rounds while Suprassing all immunity to debuffs. Moreover, you will recieve all of the Chakra the enemy unit might have.

Attacks opponent's front row and has given chance of causing 6 COMBO and High float.

Chases and Attacks a Knocked Down unit, causes repulse and Paralysis. Can be triggered twice each round.

Chases and Attacks a Knocked Down unit, causes repulse, Paralysis and Wind atrribute damage increased by 30%. Can be triggered twice each round.

Chases and Attacks a Knocked Down unit, causes repulse. Meanwhile absorbs up to 20 chakra from enemy unit.

Each round this unit's Attribute will change randomly into Fire, Water, Wind, Earth or Lightning.

If a Combo is Triggered it by this unit's Standard Skill will cause Fire Attribute, Earth Attribute, Water Attribute, Wind Attribute or Lightning Attribute Damage depending on the Attribute the unit has that round.

Everytime this unit triggers chase skill, increases its Defense and Resistance by 7%

At the beginning of each round, up to 2 male units from the opponent's team will suffer from Paralysis. (This passive is not stackable with Breeze Dancer's Harem jutsu)

Before this unit's action, 1-3 male units from your entire field will be Healed and will have 2 debuffs canceled. If opponent's chakra is lower than 60, 3 fixed male units will be healed.