I've been playing on current server a long time (with more than one account), but gradually quitting the game since I have a feeling nothing is improving or being fixed, everything is just a boring routine and developers ignore every ticket sent as bugs. I would like to show an example of the bugs I've reported for Ninja Test (same questions in german language keep appearing). I've reported them at least 12 times already as the screenshots prove it (and I've got them even more times, I just didn't want to report them always), every time tickets were "sent" to developers and after 2 or 3 days automatically resolved and closed, but in reality nothing was fixed. I wonder why should a person even sent tickets to support if in reality nothing is being fixed? 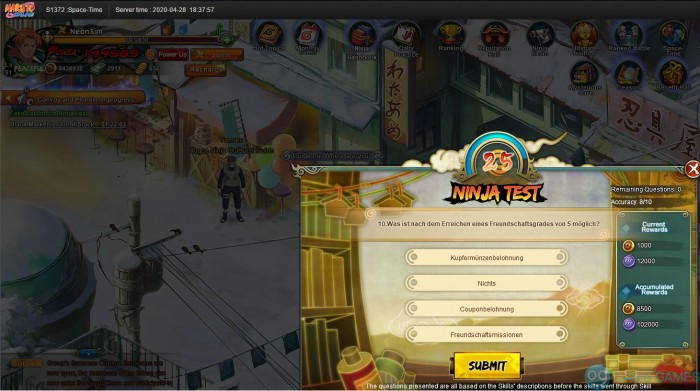 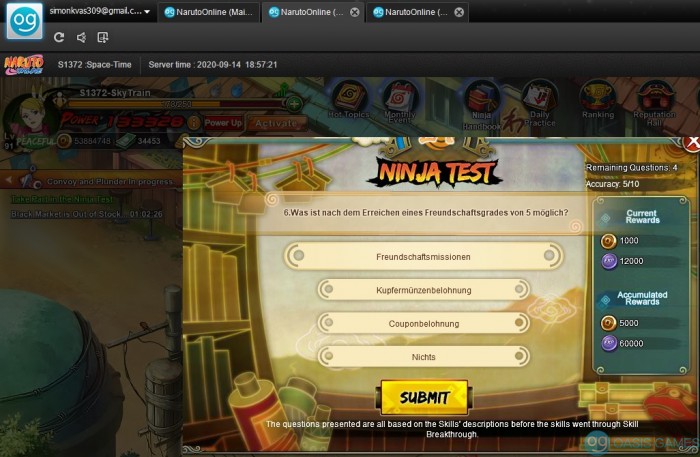 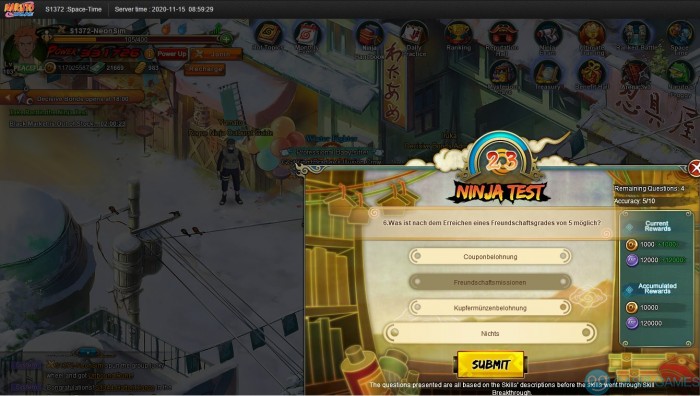 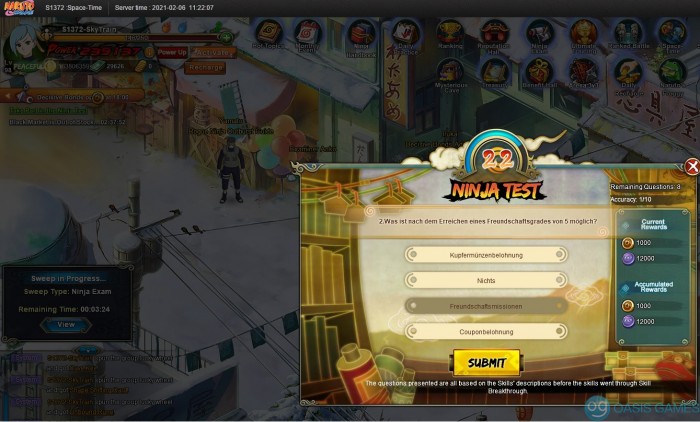 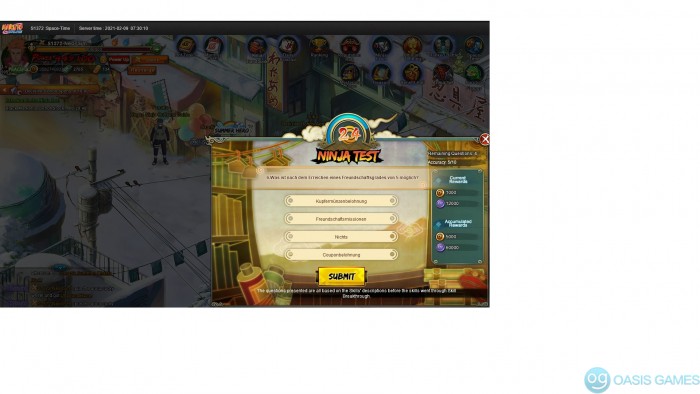 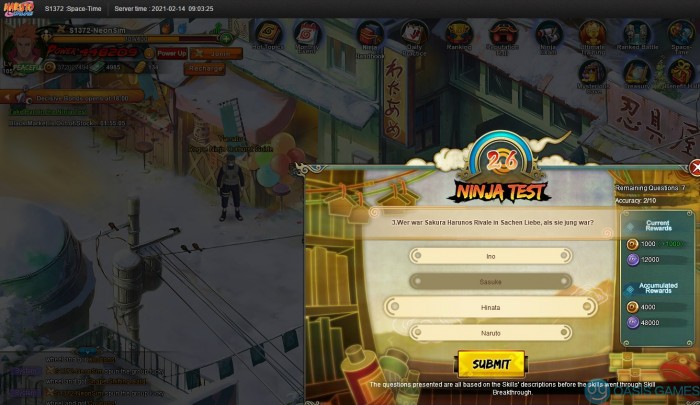 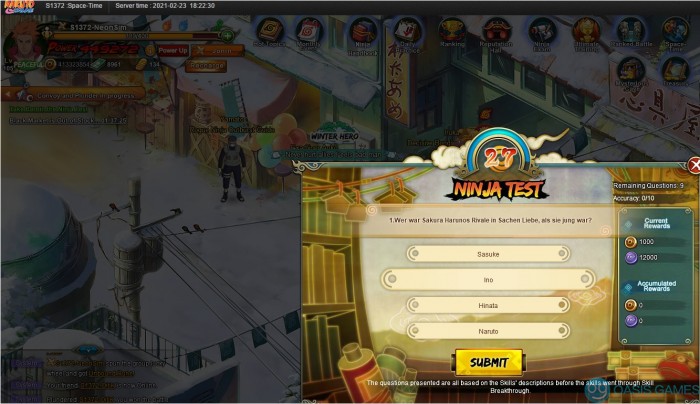 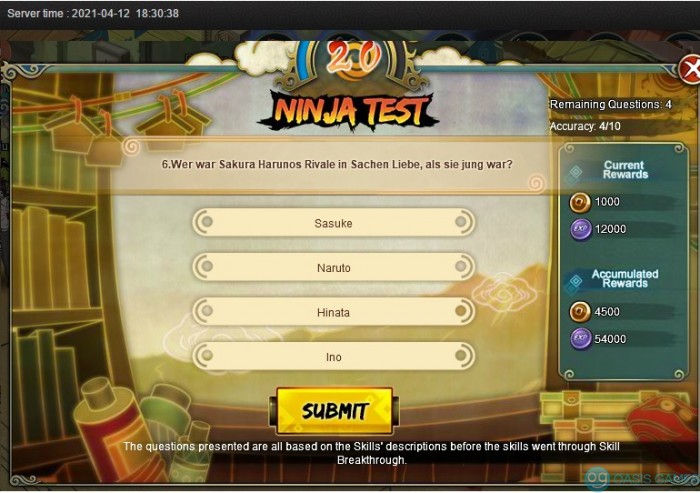 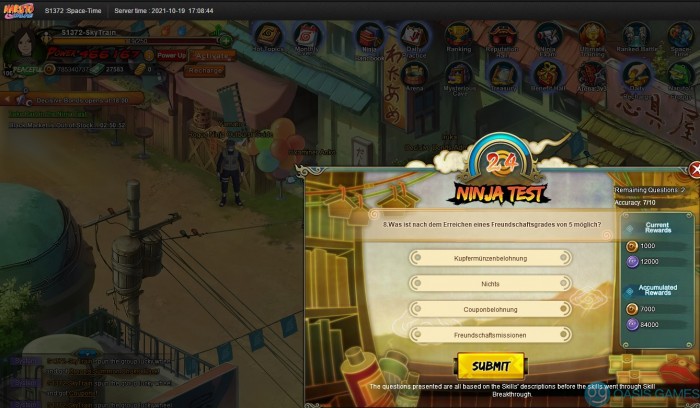 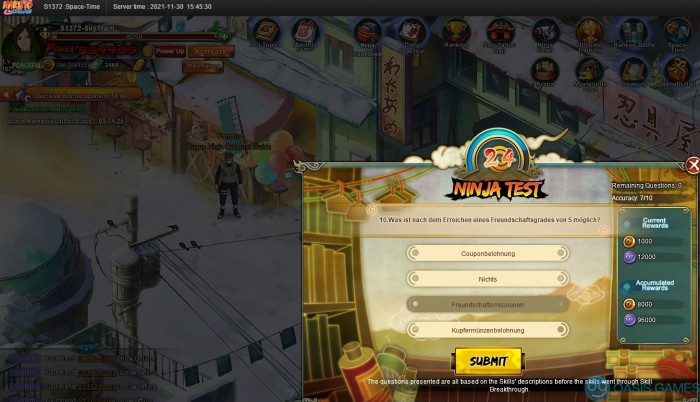 Hello,
I can confirm that the developers do indeed know about this bad translation in the ninja test. And they HAVE been working on this. We used to have something like...perhaps 30 or more German questions in the ninja test that have been removed. For some reason these two keep slipping through the cracks. Ultimately, it comes down to task prioritization. Your tickets are not being ignored, but the devs consider this issue a fairly low priority, unfortunately, compared to more game breaking issues or dealing with the GDPR update, which was government mandated. As for not seeing changes, we've seen a ton of changes in the past few weeks. Just look at the events and how much they've improved. People have been asking for white tiger and lightning tiger king scrolls to be available for ages, for MGM to have power items again, for SSP and ETR Madara to be available in fuku/as redeemables, for an update to refine rebate (that one missed the mark a bit, I'll admit, but it did get updated, and the devs are listening), and update to charm rebate, the list goes on and on. The devs are listening and they are making improvements.

As for these two questions, I apologize that they keep slipping through the cracks. I will submit them again for you and hopefully sometime soon they can get fixed.
Thanks again for bearing with us.