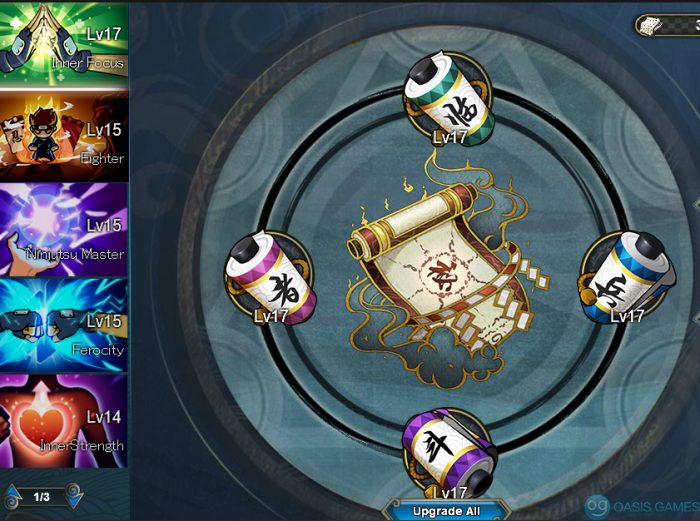 So, we have a lot of secret scrolls now as there is basically a new one every month or two.

It's really hard to decide on the upgrading priority due to everyone being in a different situation. But generally I think the biggest deciding factor will be your Ninja Assist cards feature. If your ninja assist became expensive now then maybe it's a good time to get your Secret Scrolls to a certain level. (of course you shouldn't leave your other power features at like level 1 also)

The first 2 secret scrolls are the most inexpensive ones because the 1st one has only 4 stat scrolls, 2nd one has 5 stat scrolls and all the others have 6. Therefore it's alright to always have these first 2 scrolls a level or two higher than others (for more initiative bonus for a smaller price)

These scrolls give a lot of stats in general and are definitely worth upgrading. Some general guidelines:

- If you are a just a new player then don't worry about them, make them all level 2 or level 3 and then slowly upgrade with all the other power features.