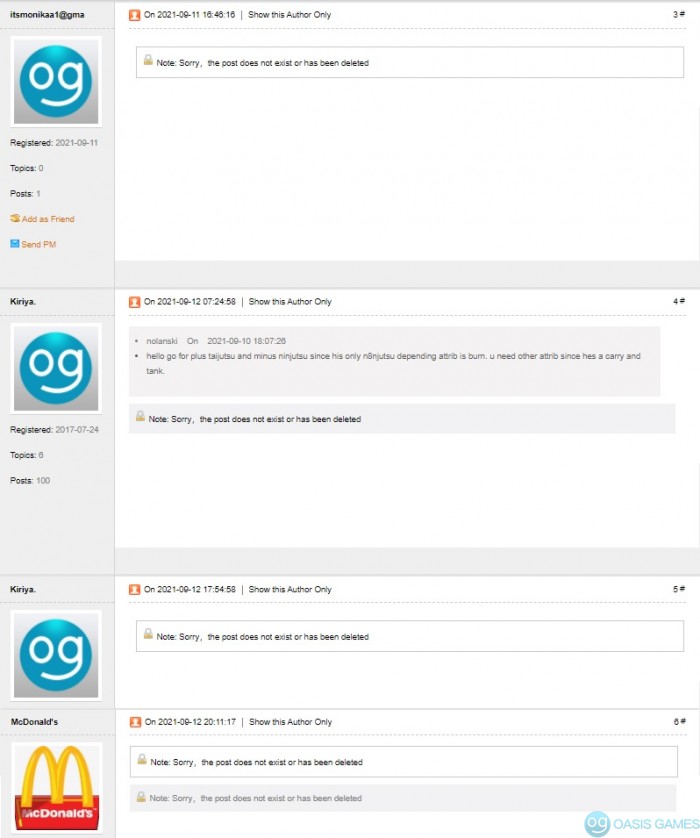 that's how topics look after Jiburiru starts her work. Completly overreacting to most posts with single explanation "this post could create drama". No drama happened but just because in her opinion it COULD start a drama 20 posts later entire discussion is axed...

You should think about why this forum became so dead instead of forcing even more players away.

This forum is so uncomfortable thanks to over moderating that now I understand why every whale doesn't bother with it. It's not that we don't care about community and new players it's just impossible to have proper arguments here. I also give up it's not like I don't have other things to do or other community channels to talk about Naruto online related things since there are still players that care about the game. Sadly this forum lost most of them, Kiriya out

Not sure about about brenson but personally I think that Tyler, Tachibana, Aika and few other mods are doing great job so keep up the good work