+++and many more, always appreciated :)

There are still a lot of room for improvements. But for now, we can work with this one :3

Nice events. For a strategy game, patient players are happy with this week's events. Saving week for most :)))

hi brensonlee long time not seeing you, what? did they silence you?

I believe the person you thought Nygma is - is a spender. Nygma clearly stated he is an @ll-time f2p :) Of all people, I should know :)))

so until now any answer ??

what is the prize of INO flowers ?

I think they just forgot to include the info this week. There is nothing wrong with asking, really. But in cases like this, I always back-read some event cycles to try to find the answer. Kinda hassle but it is doable. Usually 3-5 weeks ago. [ not always tho ] 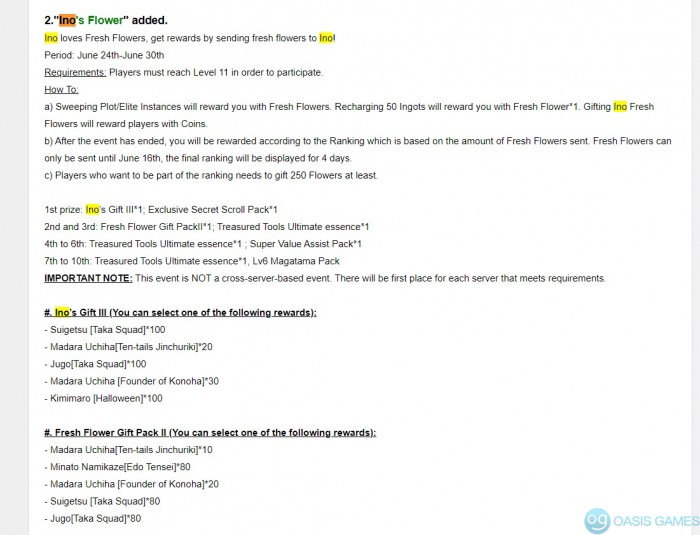 Can I just add, check the desc 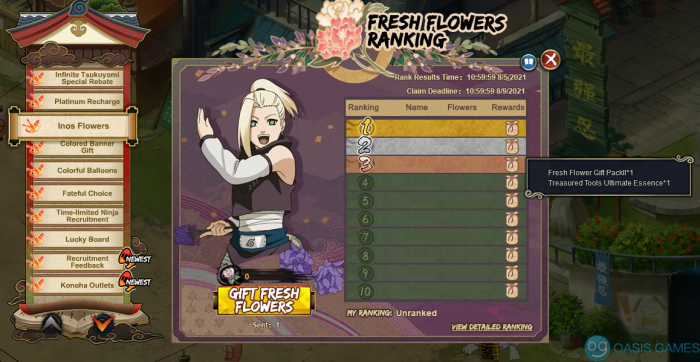 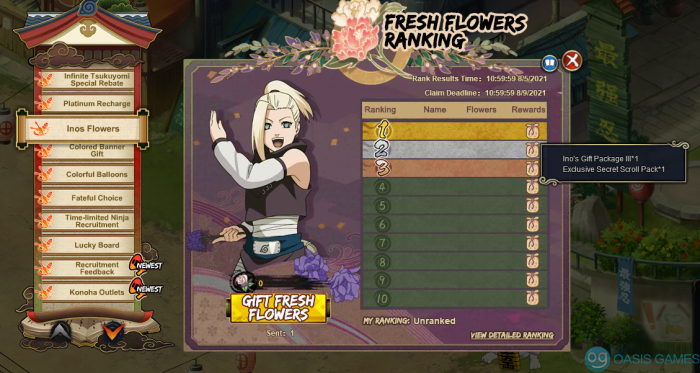 In case you didn't know, you can get both the vial and the protection vial in the shop for 20 coupons and 38 coupons respectively.

If you don't like the game you're playing, you can still find something else.

this is the toxic behavior that lead to the state of the game right now, or... you happen to be a grasser?

As for the second sentence of my post, I still don't understand people who insult those who develop a game every single time just because they don't agree with something.

I think people can tell if someone is posting a "toxic topic/post" or not, ba

There are also those who use inappropriate words... Such a very broad topic. Real talk is hard to accept, but reality is not a "drama". And it is what it is.

Have FUN with the Game everyone! Those who chose to stay and play against all odds, cheers to us all!

Things are getting off topic lol. Why can't people just play the game they like, and avoid those they don't. :3

Again, good set of events. Enjoy the rest of the week dear players.

As always, have fun!

Apparently, when we give useful info to others [ to help - genuinely ], some people will hate you for it. While some real toxic/abusive/nonsense demands they can tolerate. xD

So ironic, cause people complain due to lack of knowledge in the first place. If they know what we do, then they would know better than to make such foolish actions. LOL

Helping is caring. Haters are gonna hate, I guess :3

Yes, yes, of course, care of Oasis so rushing ....... how to knock out more money from players. No need to talk about "caring", who has been playing for a long time like me, saw how they remove everything that helps F2p.

thank you for answer

Unless ofc they "update the boxes without updating the goodies inside" - which is not likely as they would just create another version of the packs with another Name (or they will announce it). That is why we need to always check :)

As always, glad to help!

Oasis does not have partnerships that pay ba

Expecting Oasis to help F2P ninja when those same F2P offer zero revenue possibilities is an error in judgement.

The silent majority thanks all of the staff for providing this game and it's updates.

In in, because of such "silent ass aannus-licking" everyone suffers.

garbage event! why not send some coupons?

I don't want to initiate this kind of topic. Since it is way off the initial Topic intention of this thread and it will bring so much conflicts between the 2 sides. But since it was brought up already (just delete this if irrelevant). We can just make another thread about it, or not hahaha.

Yes F2Ps do not directly contribute to the revenue of the game. But do you think, a game such as this, without F2P, Spenders will be willing to spend more and more? I think not!

There are a few maybe, Kazier level/OnePunchman/iJoez etc. But mostly P2Ws won't have that excitement to feel they have achieved anything since they are competing with whales of their own, or sometimes even worse.

F2Ps and P2Ws are both not entitled actually, no need to feel that P2Ws are superior. I say this because I see some Spenders complaining as well - same with f2ps. Also I see a lot of those who are mocking F2Ps that is why I sometimes I do the same for those arrogant people (I have a lot of P2W friends BTW so I know there are still those who understand). Afterall, we just respond ba

I have already covered this topic (not sure with my account Nygma or Iamweak's - kinda mixed up already imo xD).

Again, not all rich/mid class people choose to spend. Others just wanna play it through ingame hard work, and not hard-earn money but not hard earned in game achievements. Respect is earned, not given.