What about making an update schedule that covers many months?

In this way every player could know what oasis is working on and they're release date approximately.

Hello, thank you for your suggestion, are you asking for updates on specific systems? Event plans? What particularly would you like to be included in this schedule. I am not sure if there are definitive dates for releasing of certain characters or events or anything, but I can still ask in regards to this.

I mean a schedule for every updates like new ninjas, events, new bt, MAIN BUFFS and stuff. It is important to cover a long time so in this way we can even organize our recharges and spendings. Every player will appreciate this new feature and honestly will drop the complaints about the game state right now.

you mean like a roadmap of the future updates, that would mean commitment

I will ask in regards to this, but as of now, the only schedule they release for events in on the days prior to the new week's events. I will ask if they can release a larger schedule though.

They never have and never will tell about anything they are "improving". As someone already mentioned, that would mean they would have to finish something on a deadline, but that is not how Oasis developers do things (I think they announced version 7.0 a few years back, but now if people mention it they just delete the posts). You can be happy if they improve or fix the current bugs we send them, but even that is not happening, so future schedule is mission impossible. :))))

That will be amazing but no chance they would do that.

Actually, having faith in the change costs 0 so i'm just trying to make the difference instead of complaining about the game. Anyway, i think this is a great idea and a release date it's not needed, if they cover a large amount of time they can just tell us what's going on, nothing more.

I also had faith in them for years, but after nothing changed in years, you can understand why people don't believe and have faith in developers anymore.

But What Fade77 San Is Trying To Convey To Others On The Forums Here Is That To Give Them (At The Very Least) Some Time Or A Chance To Possibly Create A Schedule Of Some Sort And Work From There On Out (Though), ImSam San And Not Just To Blindly Assume That They May Repeat Their Previously Used Actions In The Past (Ultimately Though)..ImSam San Even If There Is A Possibility Of Some Sort Where That Action May Take Place You Do Have To Give Them Some Time Before You Can Start Accusing Them Of False Promises Being Made (Ultimately Though), ImSam San

The thing is, that I can. I have reported bugs with multiple screenshots in ninja test over the last few years and their response was always - ticket resolved. But after a while, the same questions still remain in ninja test and so I can call them out on false claims, since they have not solved the problem even though they have said the ticket is resolved. That's not how it works - either you solve the issue (and close ticket) or you leave the ticket opened until it is actually resolved. Every serious development company works that way and you can not convince me otherwise (I am also a developer, so I know how it should work). But Oasis has it's own rules and they don't need to respond or update us on anything. 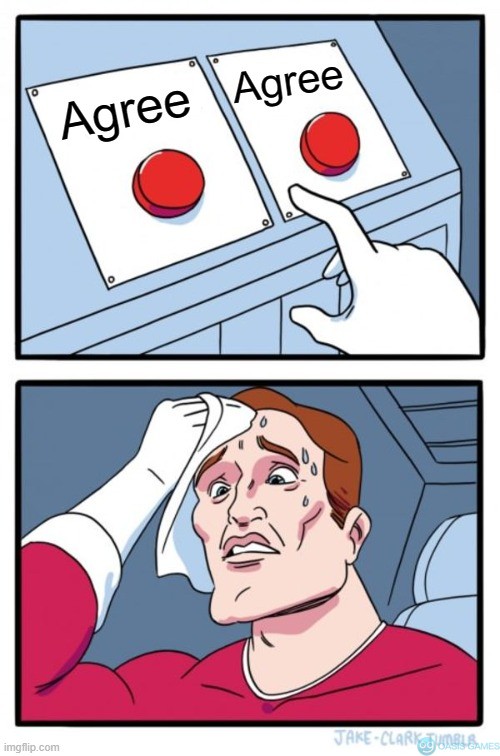 True..But We Don't Entirely Know The Actual Length Of Time That It'll (Reasonably) Take Between The Message Being Sent To The Developers And The Response From The Developers Back About That Specific Issue Being Addressed That Is (Currently) Plaguing This Community As Of Late (Ultimately Though), ImSam San

Are you justifying translation fixes taking years to complete?

For those who weren't present, they did provided monthly updates couple of years ago as to what updates were being made. A lot of people kept on complaining when the majority of the updates did not show up within the first two weeks. For example: when skill breaks was announced to be coming and people couldn't wait to use minato, they spammed the forums every week asking when the skill break system would be introduced until it was added to the server.

If Oasis stopped doing updates for that reason, it is understandable. However, it is likely that they stopped doing so they don't face accountability if they decide stop a update last minute.

Also, they won't disclose a schedule in regards for events since they want people to spend. if you keep whales in the dark, they will keep on spending at large amounts in comparison if they do have knowledge. In the past, it was easy to predict the typical events as they would show up at least 4-5 weeks but now it's getting harder since those events show up much more frequently now.

No, Not At All (Though)..Brensonlee San..But What Danzo San Stated Above Is True As To Why They (The Moderators On The Forum Here) Wouldn't Of Wanted To Disclose The Length Of Time That It'll Reasonably Take To Get A Response Back From The Developers That's In Question Here (Ultimately Though) And Is The Primary Reason As To Why They're Very Unlikely Or Reluctant As To Releasing That Information Nowadays Onto The Forums Here Since Of Their Previous Claim In The Form Of A Schedule (That Was Supposed To C-i-r-c-u-m-v-e-n-t Situations Like This From Frequently Occurring Onto The Forums Here (Ultimately Though)) That..They Wasn't Able To Ultimately Upheld At The End Of The Day (That Is As Such Though), Brensonlee San

You keep mentioning a 'reasonable amount of time.' The example was translation errors that have been reported for years, not days or weeks or months, but years. You are most definitely justifying delaying translation updates for multiple years. The real answer is they have no intention of fixing it, we either accept that or not.

You Are Most Certainly Not Comprehending My Previous Comment Above And Danzo's Response On This Matter As A Whole (Also Too Though) As To The Reason As To Why The Moderators On The Forums Here Aren't Going To Release Either A (Expected) "Time Frame" Window Period Or A Schedule (Of Some Sort) For When The Responses (From The Developers That Is) Will Be Able To Return Back From The Developers About Their Response About Any Issue That This Community Finds In Game And Deemed As "Unusable Or Illegible" On The Forums Here Anymore (That Is As Such Ultimately Though) Because Of The Simple Fact That..They've Already Tried To Do So In The Past And Ultimately It Didn't Work Out Well For Them In The End That Is (Ultimately Though) Since We Lost Their Trust In Us As A Community That..They'll Never (Probably) Release Any "Time Frame" Window Period (That Is) As To When The Developers Would've Fixed Your Or The Community's Issue In Game (That Is As Such Though) And Is The Main Reason As To Why You Could've Made A Topic In 2018 About An Issue Plaguing This Community And They Would've Replied With The "Generic Response" Of Stating "I'll Send The Developers Your Message For Either A Fix Or An Implementation Of A Newly Suggested Feature Of Some Sort (Ultimately Though)" And Years Later Nothing Would've Come From It Because They Tried To Work With This Community And That Backfired So Badly For Them That..They Didn't Want To Associate Themselves With This Community Not Again (That Is As Such Though) And Only Bother To Respond Because Of Their Role In This Company (That Is) And Also To Comments Or Topics That They Can Easily Fix Nowadays Like "Mini Client Isn't Working..Well You Can Do This" Or Something Of That Sort..Nothing More, Nothing Less (That Is As Such Ultimately Though), Brensonlee San

Honestly, all ninja that are familiar with your typing style will not even attempt to read that. You justified delaying translation errors for years with a huge serving of word salad.

Wow, Do You Certainly Self Project Much Though (And Also Might I Add A Bit Too Incompetent Enough Or Just Cannot Even Be Bothered To (Even) Read My Statement Above Which Does Include My Full Reasoning As To How I Did Come To The Following Conclusion (That Is As Such Though)) But From This Point Onward..I'm Done "Entertaining" Your Pessimistic Thoughts From You Now (Though)