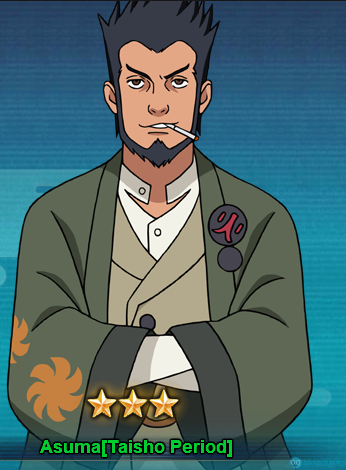 Mystery: Good side is being undodgeable and having very low chakra cost, but other than that there are no other special effects

Passive 1: Now this is something special, paired with some cooldown reduction you could have a very strong buff

Chase: Same as all the other Asumas causing blindness and igntion

Passive 2: Now this is a very good support passive but only for long fights, not really suitable for blitz teams such as WB asuma is (also keep in mind that it only increases attack/def so it will be useless for ninjutsu ba

I wouldn't really keep him in pos1 unless you want to have fun experimenting, but he lacks the protection (he also isn't a swordsmen ninja so LM passive doesn't work)