For over a year now, I have been unable to properly log in to game. I use mini client latest version and whenever I want to login, I have to do so using proxy. I was told there is some problem with the game in India so I will have to keep opening it using proxy. Sometimes due to weak internet connection it was tough to login using even that method, but somehow I managed it. Starting yesterday though, I am unable to login at all via mini client. There is an attachment of screenshot of the window I am stuck on, after login, the game is forever stuck on this screen and the loading bar doesn't even rise from 0%. I checked my internet speed, connectivity and even cleared cache and all in mini client, still, the problem persists. Please look into it and resolve asap. Thank you 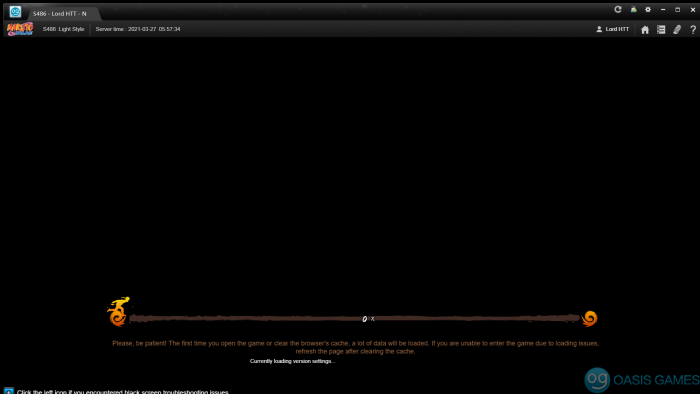 Hello,
Yes, India is, as I've heard, one of the countries that has problems with the game. If "by proxy" you mean a VPN, then, yes, this should help mitigate some of your issues with connecting to the game servers. The problem with this is that it isn't really a fixable issue. The problem is threefold - first, it's an issue of geographic server location (you're just physically too far from the server); second, it's an issue with your country's internet regulations (look into that if you want to know more); and third, it's a matter of how VPNs work. Fortunately, the third is easily solved by just trying a new VPN. Not all VPNs work the same, and if your VPN has stopped working, you can simply try a series of new VPNs until you get a new VPN that works with the game. Hopefully you can find one that connects you well with the game's servers.
Let me know if this helps, thanks!

Well Nothing worked so I uninstalled and reinstalled mini client, can login to the game now, ofcourse using VPN.

Thanx for your assistance though