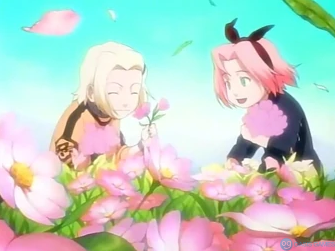 Everyone loves flowers! Gift a bouquet of your favorite to that special someone today!

Many shinobi of the Leaf Village are feeling bereft this Valentine's Day, and would like YOU to cheer them up with a special gift - a special flower near and dear to their heart! But since this is a ninja village, it won't be easy! You'll be tested! Instead of telling you who to give which flower to, you must follow the clues to solve which flower belongs to which ninja!

This game is all about solving riddles and clues! Solve each riddle posted below, and place your answers to ALL riddles in a single post below. Follow your intuition and see if you can solve all of them!

The dozen riddles included below should be solved and your answers placed in a single post in a reply in this thread. Each user is only allowed one post. Duplicate posts will be ignored. Editing a post causes that post, and your entry, to be invalidated, so be careful before you post!

Scoring methods are as follows:
Each correct ninja gets you 1 point.
Each correct flower gets you 1 point.
Pairing a ninja with their preferred flower (getting the riddle completely correct) gets you 1 bonus point, for a total of 3 points for that riddle.
This means that there is a maximum of 36 points!
In the case of a tie, the winner is whoever posts first, since later posters have an advantage!

We will be picking the top 3 winners out of those who guess correctly. Each winner will receive 1500 coupons!
Please also include your in-game name, Server ID, and UID.

Reminder: Please make sure to include the correct information to qualify for rewards.

Note: Please post only your submission on this thread. Do not spam other topics. If you have any questions, please feel free to contact a moderator directly via private message. However, no hints will be given!

The Riddles And Clues

Riddle 1
Bright and yellow, light and cheery
I do not like my flower to be dreary
I try hard to improve my self-confidence
My clan skills give me an excellent defense.
What flower would you give me, and who am I?

Riddle 2
My flower may be short of life
But its vibrant color many cherish.
My presence may cause strife,
But my medical skills help many who would perish.
What flower would you give me, and who am I?

Riddle 3
My flower has many meanings,
But to me it was a gift, given in ink,
A sign of new beginnings,
Many small blossoms in white and pink.
What flower would you give me, and who am I?

Riddle 4
My flower is common and round
And represents a mother’s love.
But bring me to the brink,
And I’ll crush you in chains like a glove.
Who am I, and what flower AND WHAT COLOR OF FLOWER would you give me?

Riddle 5
I’m not like the others;
Just give me cash to pay my debt.
I do not care what flower I get,
But one thing fills me with fear,
So send me any flower but those,
Or I’ll heaven kick you into next year.
Who am I, and what flower would you NOT give me?

Riddle 6
My flower and I have a special connection.
When I lose weight, I gain wings.
That’s why I eat so many confections.
My flower attracts many tiny winged things.
Who am I, and what flower would you give me?

Riddle 7
My flower represents unnoticed emotional feelings.
Unnoticed because I’m watching girls from outside the bathhouse!
I just love all these pretty girls’ squealings!
Sometimes I get punched and end up with a *cloven lip*!
Who am I, and what flower would you give me?

Riddle 8
Teams are one of the most valuable things,
Greater than rules, greater than kings,
My flower can mean love, or sorrow, or desire, or grace,
But in this color, friendship is the case.
Who am I, and what flower AND COLOR OF FLOWER would you give me?

Riddle 9
I fight with fists and feet and the power of youth.
I believe in hot blooded truth.
I use my flower in my destructive attack.
Sadly this sometimes makes my bones crack.
Who am I, and what flower would you give me?

Riddle 10
Starting crisp and clean and blank and pale,
A few deft folds bring shape to my flower.
With flicks of hands more fall like sharpened hail;
An endless barrage to show my power.
Who am I, and what flower would you give me?

Riddle 11
Some say I’m like yin and yang;
“Chatterbox” is the name given to me by my *.
I don’t know if I have a favorite flower,
But I’d like a little brother.
Who am I, and what would you give me?

Riddle 12
Love was once a curse to me;
I branded myself as art.
When others saw me they would flee.
Now I’ve grown to Accept Love into my Heart.
My flower is my hobby, I grow them in the sand.
Who am I, and what would flower you give me? 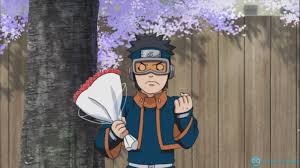 Alright, as promised, now that the winners have been announced, here are the explanations for the riddles for those that are curious. Most of these riddles require a combination of Naruto knowledge and flower symbolism to solve! Some of them were purposefully designed to be harder than others, with a range of easy and hard riddles so that there was a good spread of scores for the event, so if you didn’t do too well, don’t feel bad, what’s important is that you had fun! ^_^

Ninja: Hinata
Flower: Sunflower
The name Himawari means sunflower! It’s pretty logical to assume that Hinata loves sunflowers, and sunflowers are bright and cheery, so many things in this riddle point to both Hinata and sunflowers!

Ninja: Sakura
Flower: Cherry Blossoms
Sakura means cherry blossom, and they’re what Sakura is named after! Cherry blossoms are a very short lived flower, and the lines of this riddle refer to Sakura’s medical ninjutsu as well how many people don’t like her. Like, say the entire community.

This was a commonly missed riddle! You have to read it carefully to get that it was about Sai giving Ino an inking of a flowering dogwood!

Not Flower: Anything blood-related, such as blood flower or blood lily

Another riddle that had a lot of show/manga knowledge in it, involving Tsunade’s phobia and preference for gambling, and some knowledge/research of existing flowers!

The lines of this riddle refer to Choji’s preference for eating and for the secret Akimichi mystery to grow wings! Of course, the flower has to be related, in this case, it’s the *erfly flower or *erfly bush!

Ninja: Jiraiya
Flower: Clovenlip Toadflax
This riddle combined Naruto knowledge and flower symbolism. The clovenlip toadflax symbolizes “Please notice my feelings for you,” and many of you clever people noticed that “clovenlip” was in quotation marks in the riddle, and successfully searched it out while figuring out the riddle! Of course, TOADflax refers to Jiraiya!

The ninja for this was Kakashi, not Naruto, because of his famous line, “Those who break the rules are *, but those who abandon their comrades are worse than *.” While the riddle doesn’t have the exact line, the sentiment remains the same, and while other ninjas, such as Naruto, espouse this same ideal, this sentiment is most strongly attributed to Kakashi as primarily his quote. Additionally, to get full credit on this question, it was necessary to specify a yellow rose, as yellow roses signify friendship (close to teamwork)!

The text for this riddle describes floding up something “crisp and pale,” and also describes one of her mystery attack. One of the harder ones in some ways, but almost everyone got this one right! Great job everyone! :D

Riddle 11
Ninja: Zetsu
Non-flower Gift: Venus Fly Trap
This one was tricky, but if you read the final like correctly, I don’t ask for a flower like in every other riddle, I ask what you would give. In this case, he asks for a little brother, and it’s stated in the lore that Zetsu is a venus fly trap, so that’s the answer! Of course, you can figure out that the ninja is Zetsu due to the clue “Chatterbox” (what the other Akatsuki call him) and the yin/yang aspect!

Unfortunately, “Cactus” is not an acceptable answer for this one, as I specifically asked for a flower in the final line. The first four lines all refer to Gaara’s tattoo, which is a combination of the two kanji for “accept” and “heart” and means “love”. As for the cactus flower, Gaara’s hobby is cultivating cacti, and I specifically asked for a flower, and many cacti are flowering plants! This was definitely one of the harder riddles, so kudos to those that got it! :D