Ok so when i first joined the server everything was alright,when i noticed it said a user named XDXD beat another user in ranked arena,but thats not possible because it was the first 5 minutes in the server,7:05,then later on when i unlocked groups they had made a group and it actually showed up in the groups tab,groups dont show up in the tab the first day.they were also level 27 THE FIRST 20 MINUTES,that is not possible,if you look through their ninja they probably have temari too,these people got into the server a day earlier,they are 3 of them,they are claiming that they are moderators but do mods really do that? please take action as it was not fair people waking up early to get a headstart just to see THIS

I've posted how they did it, they're using a bug, just dont play, leave the server to die, and wait till they fix it :))

PROOF THIS IS FIRST DAY AND LOOK

hes not the only one either

so the exploit that was publicly discussed is now being used on every new server that opens? that makes things interesting. i wonder when that will be prioritized?

update :he changed his name to this 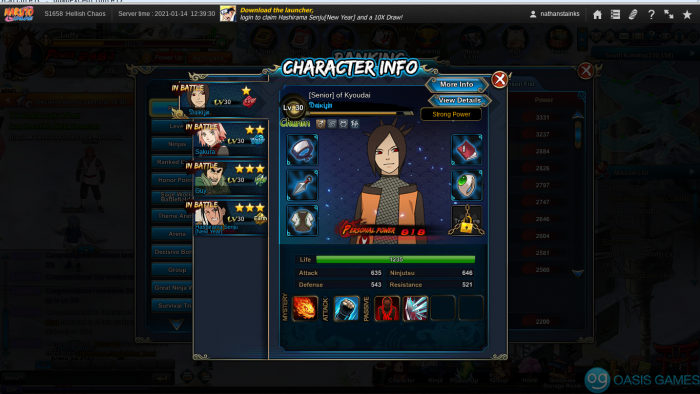 Faced the same issue on S-1661 ( H.K ) where a guy was 3k on the very first day.....i mean its totally unfair and something should be done about them

Hello,
I have forwarded this issue to the development team and am awaiting a response. Thanks for bearing with us!