Hi, can someone pls help me make a new lineup. I am really noob so pls help me out. And for which ninjas should I grind for?Thanks in advance! 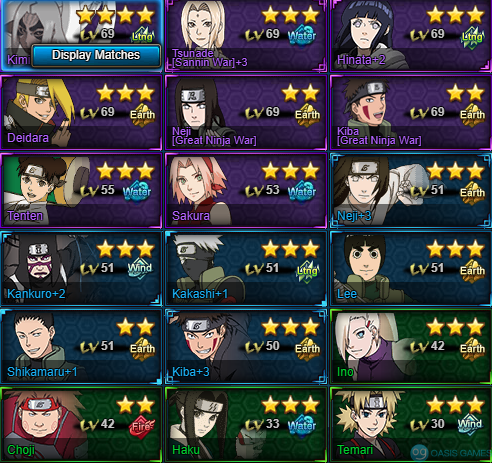 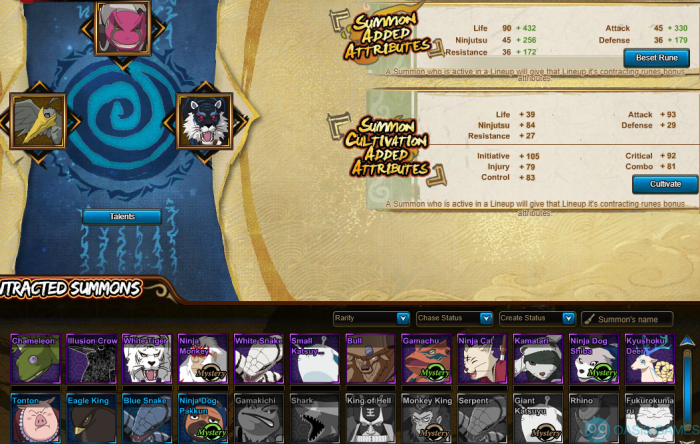 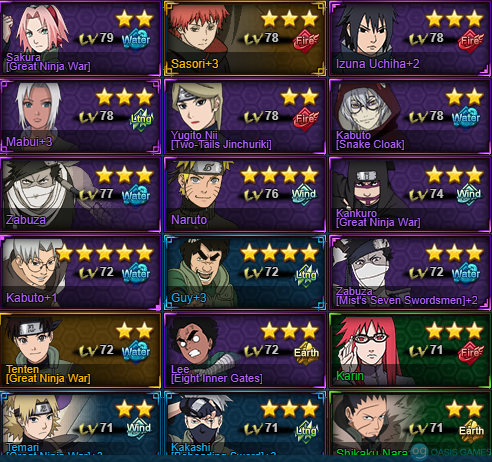 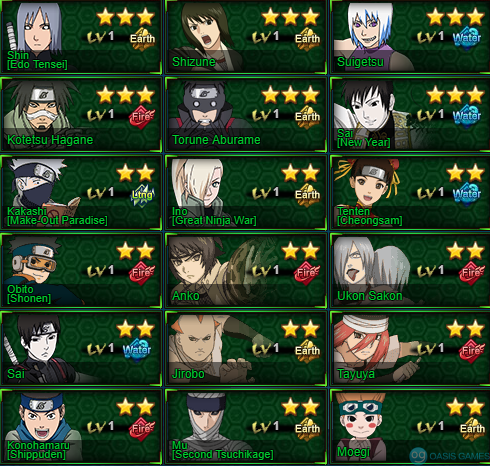 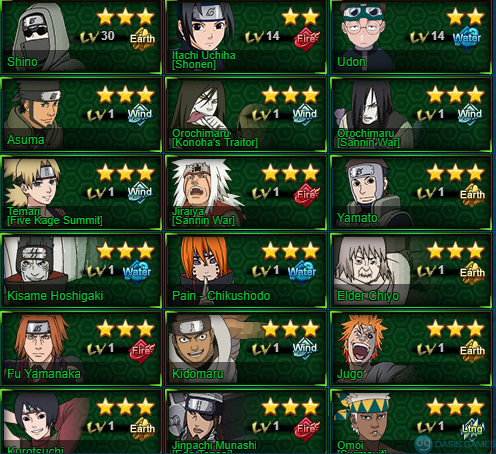 how about some high dmg team with CD refresh for p1?

Thank for your reply, i'll try this team out

And thank you too

Your current team isn't bad. If you have good breakthroughs on Hashirama tho (+1 mystery and Y passive that makes him immune, the others are nice but not as necessary), I would say probably put him in instead of Roshi:

Using Death Mirage instead of Bani Chakra means you can't mystery with Kushina round 1 unless you get up Hashirama's barrier early and steal some of your opponent's chakra with it. Imo this isn't a big deal, but if that bothers you you can switch to the chakra passive.

Another team with Izuna, doesn't have as high of buffs as the other one suggested earlier but it's a bit safer in terms of keeping off debuffs.

In terms of ninjas you should grind for. 4* Kushina is always nice to have but she's kind of falling out of me

thank you very much for your teams and your useful information, I really appreciate it. Never tried getting SOSP Naruto, I was only grinding for Edo minato, Sasuke Rinnegan, Kakashi summer and kimimaro Halloween. And only have 20 of 80 frags of Madara gnw and kushina 32 of 100 frags

. Once again thank you very much!