*Kakashi calls him by phone*

Kakashi: Hey bro, I got news from another Conduit. Go to a street that it's at 15 meters from your position.

*The young white haired boy started to dress himself and went to the street that Kakashi remarked for him.*

Midnight: I'm here. What I have to do?

Kakashi: Let me explain you. There was a murder here. You should be able to see blood pools close to you.

Midnight: I'm watching that. There's some boxes here with anything inside.

Kakashi: Can you tell me what's inside of the boxes?

Kakashi: Drugs... then our killed people should be drug dealers.

Midnight: Let me see if there's something I can show you by camera.

*Suddenly, our young white haired boy saw something who impressed him* 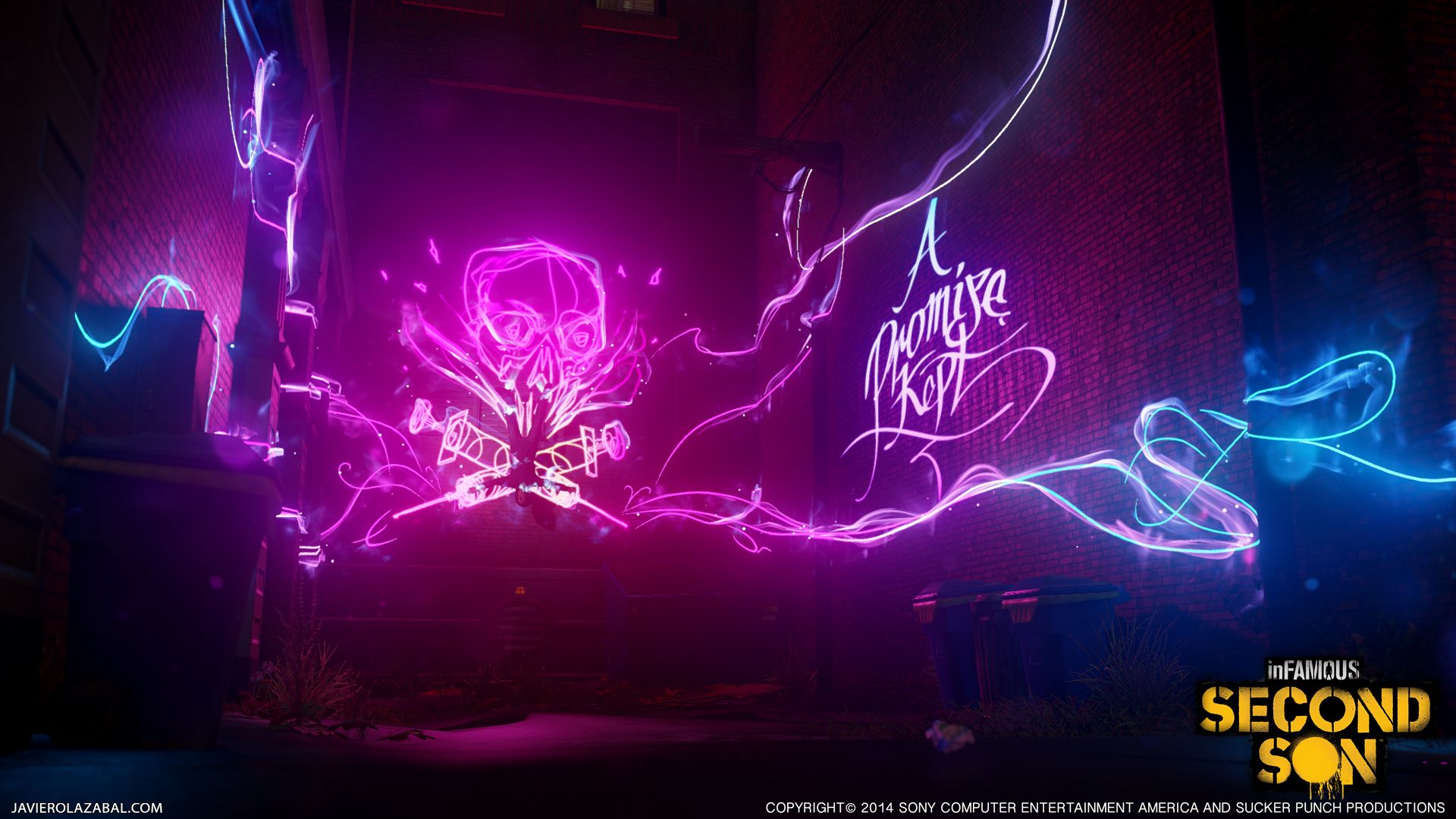 Kakashi: Yes, awesome and "dangerous". Show me more closer that guy on the wall, and his wounds.

Midnight: Got it *gets closer*

Midnight: I'm wondering what made this. Like "fire plasma" or "lasers"...?

Kakashi: Wait... I've recieved something. Go to a street that it's a 32 mts from you.

Midnight: Yep, more of the same. Lasers. And a guy floating on the air, caused by the lasers.

Midnight: Let me guess. "Show me".

Midnight: *sighs and shows him*

Kakashi: Hmm... there's a coincidence. This guy and the other one, were drug dealers. You should watch if there's any drug box close to you.

Midnight: I'm doing that, to be honest.

*When the young white haired boy, saw the box and tried to open it, a giant laser tried to attack him*

Midnight: HOLY-! *falls to the floor*

*On the distance, there was something, using that "laser" power*

Kakashi: "Holy" what? Mid, are you okay?

*When Midnight tried to get closer, this "laser sniper" started to run away very quickly, boosted with his powers*

Midnight: Don't run! I'm not trying to pursuit you! ... less if you don't stop running like that way.

Kakashi: Did you got him?

Kakashi: Whatever bro, watch in his lair. You should be able to get any information of our sniper.

*The young boy went to the lair, and he was surprised*

Midnight: ... Well, it seems our sniper is a woman.

Midnight: This is funny, bro! This is the most femenine lair of a sniper! And it smells so good.

Kakashi: Can you send me pictures, explaining why it's femenine?

*Midnight showed him a picture of female clothes*

Kakashi: Yeah, now I see why you're saying those are for women.

Midnight: Yes, Will Blake is a good poet. Some girls like his poetry.

*Mid showed him some blond hair on the floor*

Kakashi: Well, now we know that our killer is blond. Interesting.

Midnight: Let's see if it's a natural blonde girl. I like blondies :3

Kakashi: Hey, stop. You need to control yourself. Listen, if our killer is a Laser user, then you should go a giant Neon poster. She should go there to recharge her powers.

*some minutes later, hided on a giant neon poster, the blonde Conduit girl arrived at that place*

*Suddenly, Midnight jumped from his hiding spot and took her hands. She tried to resist and escape, but she felt how her powers were transfered to Midnight*

Breeze: Who the f*ck are you?!

Midnight: Hey, calm down, I just want to-

*Breeze ran away and Midnight started to follow her*

Midnight: Can you stop?! I just want to talk!

*Both arrived to a building, and when Midnight tried to calm her down, she made a shockwave that made both go inside of that building. That place was full of Neon posters.*

Midnight: Gee, honey. You're a danger for those Neon post-!

Breeze: THEY WON'T TAKE ME BACK! *pushes everything with her Neon power*