*Midnight started to destroy some drones, controlled by some strange stones with a weird energy, that it helps Midnight somehow*

Midnight: Now then, where I can get more drones...? *his phone was ringing* Hello?

Kakashi: Midnight, come here, there's a group of activists inside of a bus, and I'm convincing them to not leave it. Unfortunately, the pass is blocked and there's no way that we can go ahead.

Midnight: Okay, then. Wait me there, I know what to do.

Kakashi: Midnight, I know what you're thinking and don't you dar-!

*Midnight found the bus where it was Kakashi inside, and a lot of people inside too. There it was some little walls made of Stone energy*

Midnight: Hmm... *shoots the walls with the Smoke Shot*

Midnight: *sigh* This is hard... if only I could get any form to break them with more power... hmmm...

*Using the energy of the strange stones that he absorbed, Midnight learned a new trick, the Ashes Explosion*

Midnight: *focused more Smoke power and breaks the walls* I... AM... UNSTOPPABLE!

Kakashi: Midnight, I told you to sto-!

Midnight: Sorry, bro, I can't hear you. I'm acting like a hero, remember?

*The young white haired boy, broke all the little walls made by the Stone power*

Midnight: Great, it seems the way it's already free from walls. Let's move this to the town! *goes to the bus and knocks the door*

Kakashi: ... *calling him with his phone*

Kakashi: Mid, there's a problem. Some people saw you using your "skills".

Kakashi: And... they fear you.

Kakashi: Look, I told you already, the bioterrorists are not so popular like it seems.

Midnight: And what should I do? Should I sit in the back part of the bus?!

Midnight: *strikes the door* Let them walk, I don't care! You think that I'm not capable of tear down this f*cking door?!

Kakashi: YOU WON'T do that.

Person: Hey, he said that he will break the door! Let's run away!

Kakashi: Thanks *goes with the bus and the people to the town*

Kakashi *on phone*: Hey, Mid, you should turn on your GPS.

*The young white haired boy decided go to the town, only walking and using his Smoke powers to make it short. Walking some minutes, he went inside of a tunnel, with some people, armed with weapons*

*The thief shooted twice Midnight, and he felt to the floor*

Midnight: ... *gets cured using his Smoke power* Hihihi... oh... this "fast regeneration" skill it will be very useful... *stands up and beats all the thieves, remaining only one*

*Midnight had 2 decisions to take:

- Subdue him, and get Good Karma.

Midnight: *subdues the enemy* See? Not all of us are monsters. Spread the word.

*Some minutes later, he went off from that tunnel, and luckily, he was already in the entrance of the town, called Diamond City*

Midnight: Alright, Mr. Mask, where are you?

*Kakashi appeared behind him*

Kakashi: Done, I took care of the people from the bus... and I saw that you're learning to control your... "skill".

Midnight: Nope, I don't see anything wrong with my new power. This is amazing!

Kakashi: Oh, yeah? You don't see nothing negative? What about those DUP guys that are ready to shoot you down with their guns and bullets?

Kakashi: Well, the thing is, that you can pass their security without being discovered, because you're not a normal bioterrorist.

Midnight: "Normal"? If you're saying that those guys are going to put me inside of a jail, well, no, Kakashi, I'm not "normal"! You saw how I've sweeped those thieves and broke those walls?! We can handle against those guys!

Kakashi: I know, I saw you. Look, let's see if we can pass their checkpoints first, okay? We'll move easily on the town.

Midnight: *sigh* Alright, alright, let's do it on your way... with subtlety.

*Both were walking into the checkpoint slowly*

Kakashi: Promise me that you'll take everything more calmed.

Midnight: You're that really worried?

Kakashi: Look, maybe those guys of the DUP doesn't have the same powers like you, a natural bioterrorist, but the goverment gave them enough power to hurt so much people.

Midnight: That's all, you've ruined my holidays on Diamond City... btw, how many time I've been unconscious?

Midnight: Wow, it seems the entire DUP controlled this city on-

Midnight: Well, they were very busy.

Kakashi *to a DUP guard*: This is the Konoha's symbol. I'm the Sixth Hokage.

DUP guard: Alright, Mr. Hokage. Pass here, and put your finger on the screen, please. You too, young boy.

Midnight: *puts the finger and a siren started to sound*

*All the DUP guys were pointing Midnight with their guns*

*The DUP guys were shooting at him, but Midnight controlled itself, subduing the guards and guys from DUP. He also, was learning some new tricks, like gliding through the air, falling from a high place and strike the floor, like a meteor*

Midnight: What the hell is this? A giant trailer with lights and me

Kakashi: Midnight, I'm hided in one spot. Listen, you've broke his Mobile Command Center. The DUP lost a big part of the control in this zone.

Midnight: Okay then, I need those Core Relays, so I can learn more tricks.

Kakashi: And what? So you can open fire and hurt more people? No, forget it.

Midnight: OMG... my own brother sent me to fight against the biggest bioterrorist threat ever, having not so much power.

Midnight: Thanks, Kakashi-chan, you're the best brother.

Kakashi: Hehe! No, the "best brother" would've locked you inside of a closet for the rest of your life on Konoha.

Midnight: Well, idk if a simple closet would stop a Conduit like me, but I appreciate that you've got worried for me.

Kakashi: Anyway... just find a place to stay, eat, and sleep. And keep a low profile, for God's sake.

Midnight: Yeah, yeah. Got it.

*Instead of search a normal hotel, Midnight took care of sick people, releasing suspect people from bioterrorism, destroying some drugs and stopping the drug dealers, and doing more good acts for the people.

Midnight got known on the people, as a cool guy, and a wannabe hero.

Midnight got the Level 2 of the Good Karma, Guardian.

Now he had this picture on his jacket* 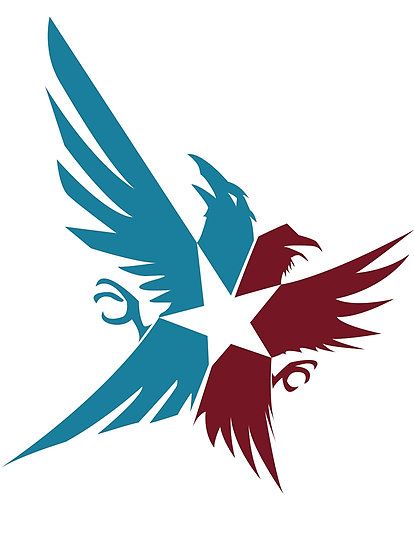 Good story u made brother