Just gonna keep this sort, we need the alive hokage, Specifically First and Second hokage
(Now before someone says "IF IT NOT IN TENCENT IT NOT BEING MADE, I'm just having a little fun making the post now so calm it down *y people)

1.The current alive Hashirama is actually Edo tensei being the 30% power hashirama from orochimaru very weaken edo tensei technique, same with tobirama going off there kits and even in the plot instance
2. I would love to have a blitz hashirama with his two massive swords filled with chakra and stuff, Tobirama him being able to edo tensei people like a stronger orochimaru konoha traitor

and yeah that it, have a nice day.
had to edit this to specifically say first and second hokages only)

No need to duck for that one, it went way over!

No no, we dont own alive hashirama first hokage and alive tobirama second hokage, the rest are all alive. But those specific first and second hokage are there edo states

First and 2nd Hokage do not have Edo Tensei tag on them, so yes, they are alive.

Yes I know that, I'm trying to say makes no sense they are alive since that there edo forms (going off the actual lore/kit that was selected for them) ya get what I mean lad?

I wouldn't mind a actual lore fitting alive hashirama and alive tobirama not the 2 forms that orochimaru made.

Lore wise, we have no alive first or second, game wise we do.

IDK I would just love to see the actual alive hashirama (not the one orochimaru made) like the one we see in storm 4 or those fillers with him wielding those 2 massive chakra swords and scroll.

By that logic, we shouldn't have Itachi and Edo Itachi and Anbu Itachi.

Don't forget all the halloween and christmas characters.

Do explain by that logic, Itachi anbu, Edo itachi and regular itachi are all fitting to the actual anime and even kit wise/appearance

I mean if we wanna be real Hashirama(First hokage) and Tobirama(Second Hokage) should have the edo tag since that there forms against hiruzen, it literally the exact same form and kit orochimaru konoha traitor uses.

I'm simply saying we could use the actual alive states (New Ninja's), I mean I wouldn't expect people being so against new ninja's that fit with the show. Kinda surprising in a way that your against it.

I'm not saying we should remove anyone doe ._. just simply give First hokage Hashirama and Tobirama second hokage the edo tag because that what they are in that state, the two forms orochimaru revived to fight hiruzen (Even used in the plot instance and the forms/kit orochimaru konoha traitor uses) 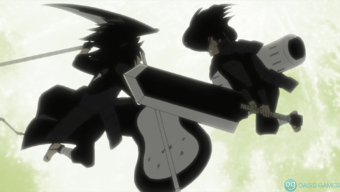 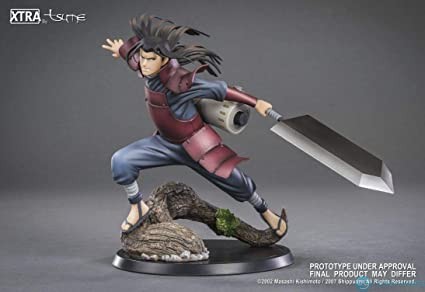 (Qv edit: Removed the image. Please find different image whereas it is not from other game)

Alive Hashi (Best picture I could find with his sword and scroll) I mean they dont gotta remove the hashi we have, just a simple new idea of a hashirama for the game.
Or maybe even Hashirama Founder.

will be nice, and the the lame non real "alive version of hashirama (first hokage)" we currently have as hashirama before dying (while being actually as stated the orochimaru edotensei version) etc.....can be dropped at exchange system (320 each frag), even if will have BTs raised to 4*.

hope a mod submit this sugesstion to the devs, and isn't bandai namco partiking in naruto online development....as we see their logo on the game startup? at the same time they are the devs of Naruto ultimate ninja storm series..........even our game animations are taken from there lol....

Meanwhile 1st and 2nd Hokage also fit theme wise. Where do you think their Mystery Animation even comes from?

1)I think its pointless to too much variants of the exact same character, Hashirama already has 3 variants, we should focus on making new characters