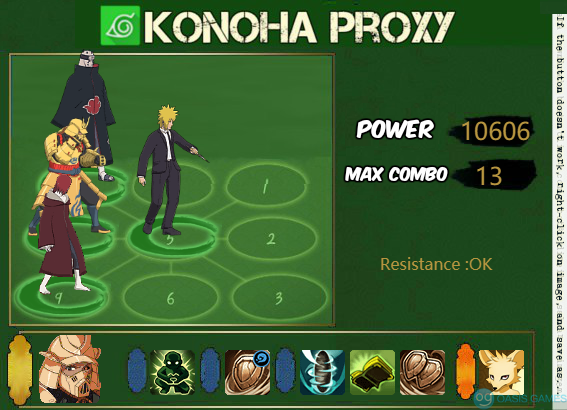 I use Ninja dog shiba too btw.

the problem I have is that the mystery doesn't work properly if the fight is on auto. if I personally click the main's mystery it works. What I mean it doesn't work is that it only gives me 20 chakra if it's on auto and it seems to be giving the shield to ninja dog shiba and not the main, nagato, and pain. If it's not on auto and I personally click the mystery, it works well by giving me 60 chakra and also giving shields to the people on the same column as crimson fist. pls help me. I think it's a bug.

what's weird is the mystery works properly in survival trial. It also works for others too. y not me on auto?

Hello, many players have found that you can adjust where the shields will be placed ba

Hello,
Without being able to play your team (obviously I cannot, as I do not have your account), I cannot experiment, but this phenomenon is colloquially referred to by some players as "first wiggle". There are two main factors that will go into where your ninjas will place beneficial effects on other ninjas. One is the placement order of the ninjas (first wiggle) and the other is whoever has the least health, and usually only applies if they are damaged.

First wiggle, or placement order, is the order in which you place your ninjas. The game will give buff priority to whichever ninja was placed first. For example, if you placed Minato first, your main will attempt to put your deep forest wall on him. If your main has first wiggle, the buff should go to him. This order can be adjusted by picking up your ninjas and placing them back down. Just make sure that you pick up and put down all four in the order you want.

The other thing that affects this is total health. Some mysteries, especially healing and shield mysteries, will affect allies with the lowest health. This will USUALLY only target allies that are damaged, but there are some exceptions, since shields do not need to target damaged allies to be effective.

I would suggest several things.

First, play around with wiggling your units and see if this helps. Note that wiggle will, annoyingly, often reset when you log out.
Second, try to move your units around to take better advantage of your shield.
Third, try to avoid using the ninja dog, if he's causing your lineup this many problems.
Fourth, and ultimately, do not use auto mode. Auto mode is not meant to be a replacement for manual play except in modes like space time ranked battles, so the auto battles is not meant to function at full efficiency. No, this is not a bug; play is just not as efficient as a human player operating the account. I wholeheartedly recommend using manual play whenever possible.

Thanks and best of luck!

Wow thank you so much! the first wiggle was the problem. but after all, it was successful! Thanks for the help!