Hello guys, can someone help me to build an team with the ninjas i actually have? 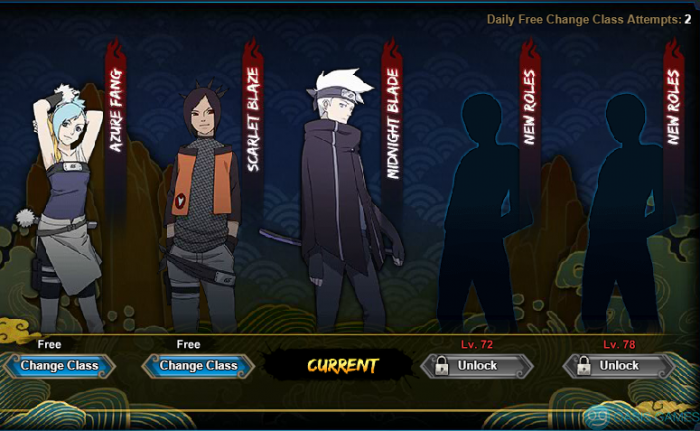 All classes i currently have, i'll get the crimson fist next.
PS- I dont like the Wind Main. 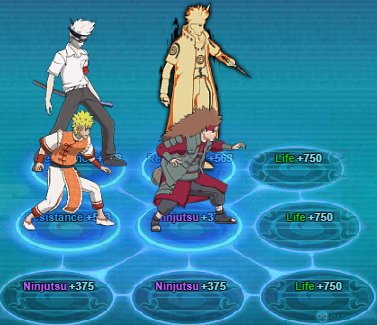 This is my team actually.

Andbelow, all ninjas i have. 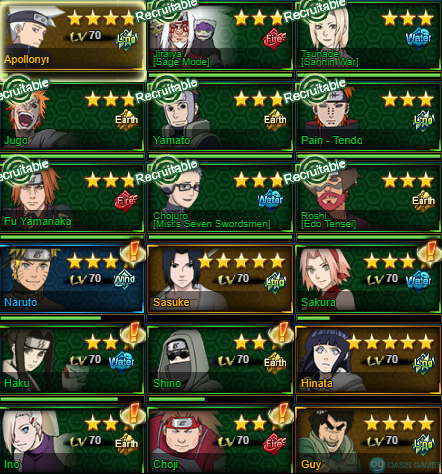 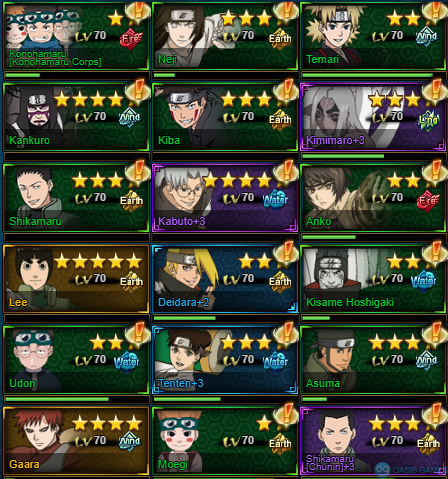 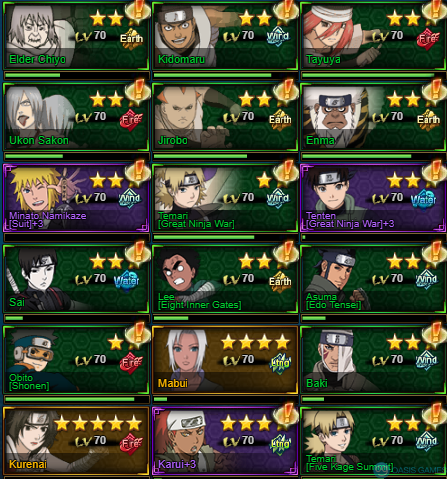 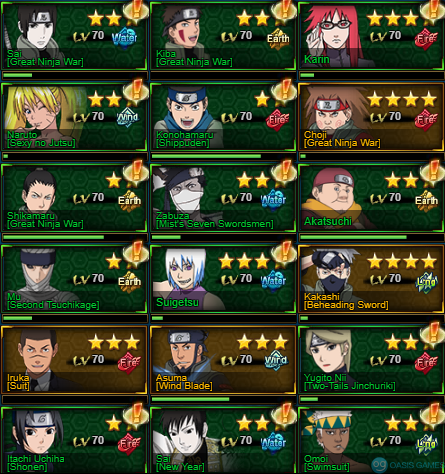 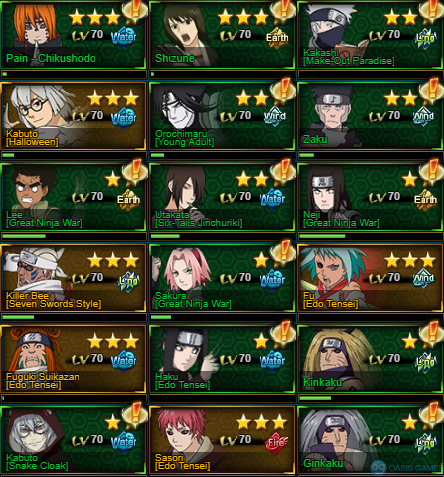 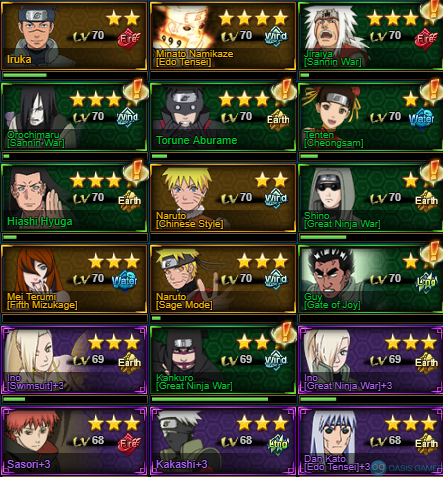 Congrats on getting him full BT. Your current team isn't that bad, but you want to focus on buffing Minato more. This is what I'd suggest: 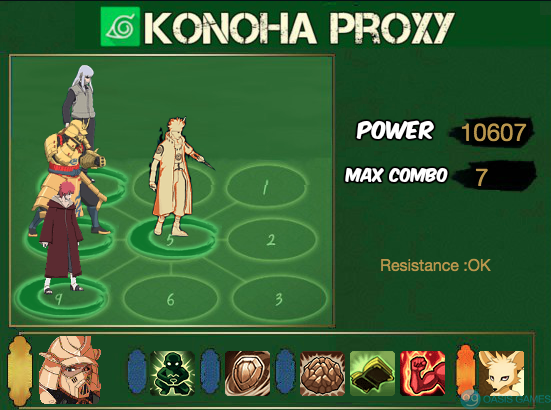 You can do this with Lightning main with these talents until you unlock Earth:

Basically an Edo team. Sasori is a good partner for Edo Minato bc he buffs him as an Edo, shields him, and can make him attack twice. Also, Edo Sasori will revive 2 rounds after he first goes down and will reset his shields and mystery. So the idea in these teams (why you wanna use Earth or Lightning main w/ the ANBU leech passive) is that the battle can go on for a while. In the turns that Sasori is down, the shields/leech should be enough to keep the rest of the team around (or at least main and Minato, Dan isn't as important).

Dan's there because he's an Edo unit so he also gets Sasori's buff, and he's a decent pos 2 interrupt character. I personally like running teams with a pos 2 ninja that can cause immobile, chaos, or acupuncture at the start of round 1. It really helps prevent the opponent from setting up shields or barriers of their own. It's nice that Dan's immobile from his mystery lasts 2 turns. He's kind of like a budget Summer Kurenai or Edo Itachi.

I also thought about putting 7 Swords Bee or Ramen Naruto on a team with Minato, but they (and Sasori) kind of have mysteries that all do the same thing (gives extra standard and removes debuffs). Out of those 3, Edo Sasori's mystery is the best since it applies to multiple team members. It doesn't really make sense to put someone like Bee on the same team as Sasori, because although Minato would get an extra shield and buff, you have no interrupt/immobile potential round 1 and your offense is very limited since it's just Minato + 3 supports, 2 of which have redundant mysteries.

Thank you very much.

This team looks good, unfortunately i dont have the Fox Summon, i'll use the team with Kamatari.

Hey, what do you think bout this team? 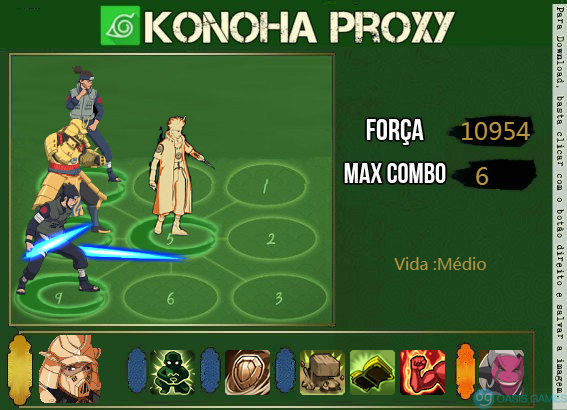 I c*e Midnight Blade here, with the 4th chase. But, i'll need to get 40 Asuma frags to try SB him.