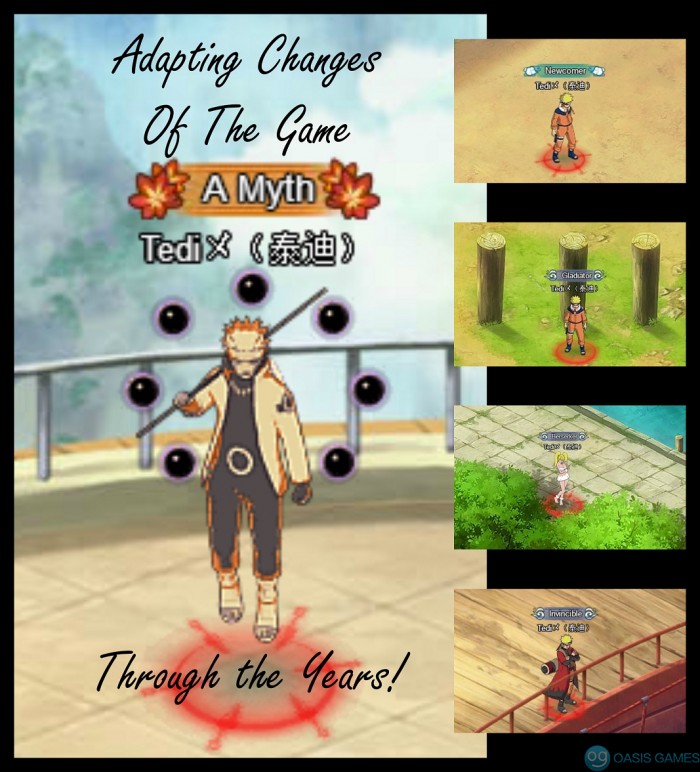 Adapting Changes of the Game All the Years!

I Remember my Years of Playing Naruto Online with lots of Stages, from being a NEWCOMER- that grasped lots of new things in mind, thinking how the game works and so on. But Since I enjoy the game so much, I tried to Adapt the Changes of the Game from GLADIATOR- that Fights Team Instances, Ninja Exams and become a BERSEKER-that level up the game killing Strong Approaching Ninjas, Survival Trial and raided Rich Field. With all the knowledge and enjoyment of the game, I persist learning and become an INVINCIBLE, trying to chased players in the Ranked Battle, Sage Mode and Arena, With all the four Years of Hardship and Sacrifices Adapting with so Many Changes of the Game, I must stay I am now a Myth in the Naruto Online World!

A MYTH Player that endures Against All Odds!