Help me i could get him this event week, lightning main here!
edit: i'm on server Ronnin sword 1517 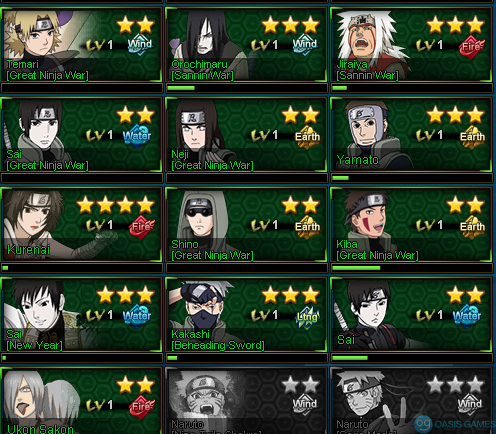 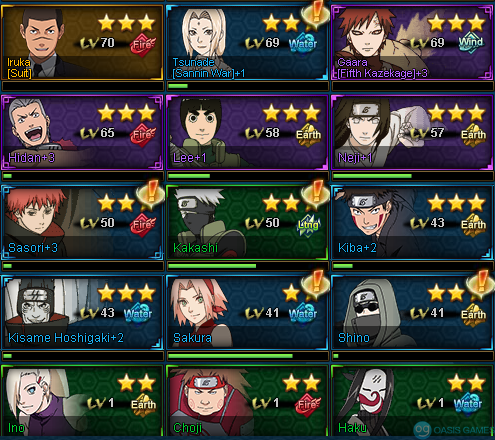 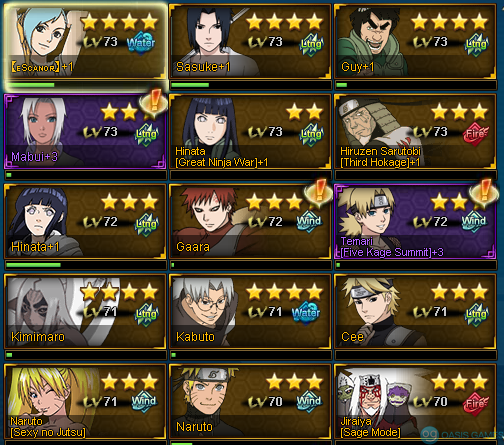 You're only 5 frags away and it should be easy to get those pretty much for free as event rewards this week. Since you're so close I really don't see why you shouldn't go for it, espcially since you don't have any other pos 1 "carry" ninjas yet. He's a bit hard to use at 3 stars (I have him BT now but I tried before I had the BT too) but overall a good ninja to have and you're that much closer to his BT.

The main thing I will say about Rinnesasuke, in terms of what holds him back, is that he needs good supports. This is in contrast to SOSP Naruto, who was like his contemporary at release time and is pretty much a one man army. However, I would still recommend getting Rinnesasuke over SOSP Naruto because he has breakthroughs and SOSP has become outdated.

Anyway here's my team suggestion for you: 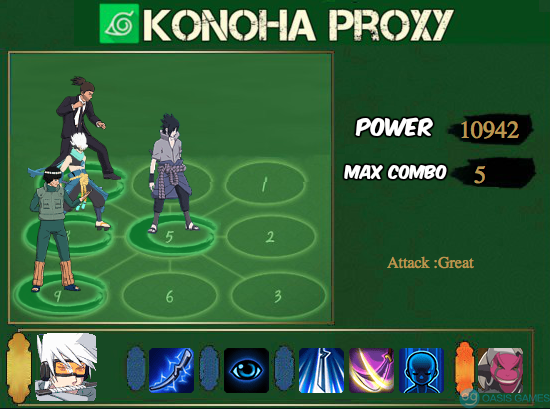 The combo summon doesn't matter too much in this team. If you don't have Gamaken, use Gamachu. If you don't have either of them you c*e Giant Katsuyu, regular Katsuyu, Serpent, or White Snake instead, and switch Lightning main's chase to the Lai Giri one.

Sasuke's mystery doesn't do that much damage before BT so you want to buff him as much as possible to get it to do more damage. So that's why there's Lightning main with sword users enhancement passives, and Guy who gives everyone a buff. Guy will also help you heal which is nice. With Iruka, most of the time you want to use him on Sasuke. If someone in pos 3 or 4 of the opponent's team tries to set up, use Lightning main on them immediately, wait until he gets the extra 20 chakra from his standard and then use Iruka.

i dont have any lineup advice,sorry, but i wanted to ask how you obtained 75 frags pretty quickly... im on server 15** and i haven't even gotten close to 1/4ths of the rare ninja i want.. how did u get 75 so quickly?

about 10k to get him