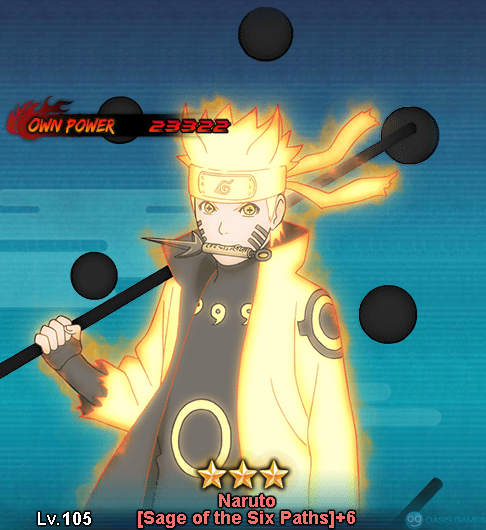 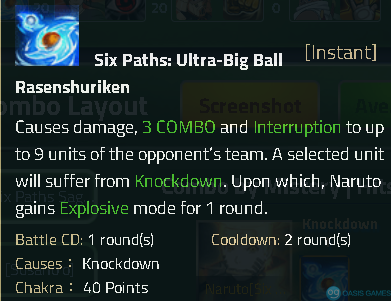 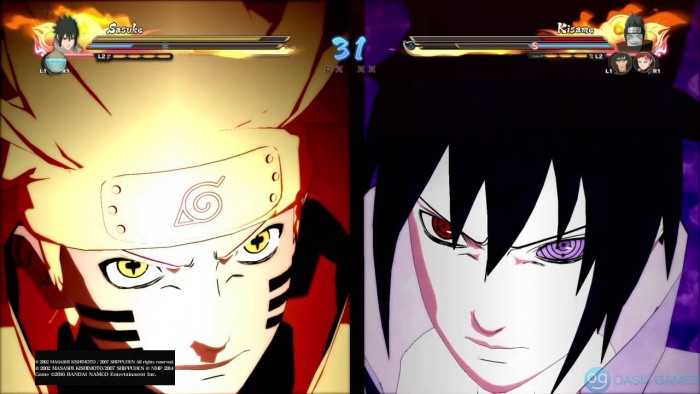 Used in turn with other mystery

Sorry in advance for going on this rant. I don't mean this an attack on you, I've seen your BT suggestions and mostly they seem good, but this one is waaaaay too much. People think Edo Minato is broken now? This would take that to a whole new level. Let me just explain why these BT (and for the most part, any BT on SOSP) are not a good idea.

SOSP had his time as the top me

- Edo Minato needs to chase to reset his mystery cooldown and to scale and doesn't regain health like Naruto unless you run the non-cooldown chase and like no one does that. Even if you did it's nothing near SOSP's healing which he c*ways trigger on his own with mystery.

- Kakuzu needs someone to generate chakra for him and someone to keep debuffs off him.

- Rinnesasuke, same deal as Kakuzu. Plus he has no innate healing.

- Kushina is the closest to SOSP in terms of being a one man army when the only ninja left on the field but she still benefits from having her chase triggered to reduce cooldown faster. She also can't trigger her own chase off her mystery, unlike Naruto who can.

If the changes you propose to SOSP were implemented, he would be broken beyond anything in the game right now. At least with these other me

One thing I do like from your ideas is the bond skill. I think that if he got only the bond skill and no BT, that would be fair. Bond skills are underutilized in this game and I wish there were more of them.

Appreciate the whole comment,plus yours is comment I'm looking for. A way better than people judging the post because SOSP. I saw these type in first Bee post as well. They encourage me. Also, I agree on your ''This is too much'' argument but let's look at one of recent ninjas: Ashura. This unit also has everything(that includes permanent defence boost) which I don't approve but in case of SOSP, it is worth talking about. Let me explain.

1.To be honest,I don't like this unit but I'm a F2P player myself. Plus, SOSP is still No.1 choice of most F2P players' in EN. That's why I chose him. Think of this as my gift to my F2P brothers.

2.Your example on other units' power gain are on point. Naruto is also a one-man army but let's be honest about one thing. SOSP teams are boring and same since day 1 of his arrival in EN. Killer Bee - Shisui - Naruto or Killer Bee - Itachi - Naruto. Same cliche everywhere. Barrier support is put as an excuse to get rid of Shisui. Defence when alone is an excuse to just use him as a position 1 and play around with remaining slots. I want to CHANGE the teams ba

3.My argument for scaling is quite simple: Immunity Surpressors everywhere nowadays and power difference exists in especially this game. Ronin also has 2 scaling tool but he is a dead unit in CN. Even with this skillbreak, SOSP won't survive in CN me

4.Thank god,someone agrees me on Bond Mystery. UNS series is full of impressive attacks but only thing they do is adding some of them to this game with 144P resolution. Best examples are RinneSharingan Sasuke and Madara 10T. These units's mysteries are literally half-cutten 144P animations from UNS. Why? Also, I have to mention 2 Bond Skills that exist but never implemented. DPB Hidan - Kakuzu and Itachi - Susanoo Sasuke. Tencet keeps these two in a cellar for years for nothing. Just use them already.

Overall, I agree with you. Idea is too loaded but SOSP himself is just a fantasy tool. I'm open to any helpful suggestions because I love adding different details to everything. For now,let's go with simple power boosts. Let's see if it helps.

I can relate to your idea but still, 5 stars would be extreme. 4 star is more than enough, trust me

Also, I changed it overall. Give it another look.

Hello,
I can submit your desire for SOSP Naruto to have skillbreaks added to the development team. If you'd like to submit your idea for what that should look like, please create a single tooltip that can be sent to them for easy reading. For player feedback, critique, and review, please recreate the post in another forum. Thank you!