Just like the title says, So close yet so far away. I'm super kage rank in arena and im getting close to six paths but everytime i play ranked it seems like i always lose... please help(THIS IS GOING TO BE THE GAME THAT'S GOING TO MAKE ME PUNCH MY COMPUTER SCREEN).... thx a lot! 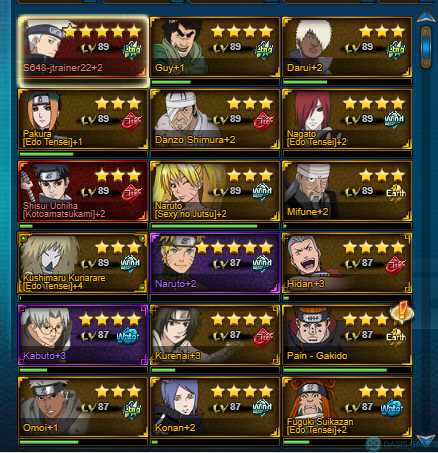 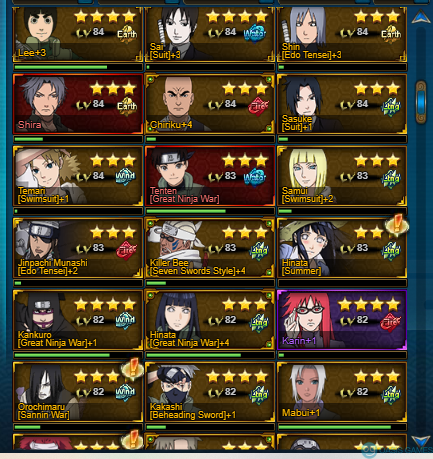 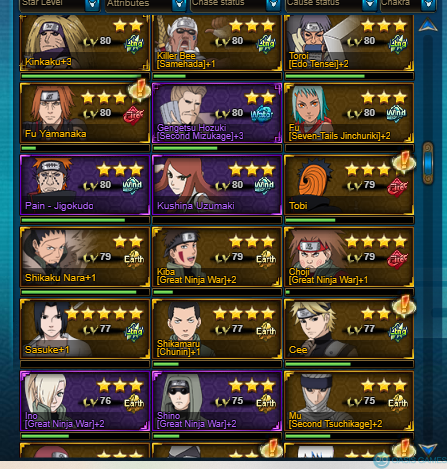 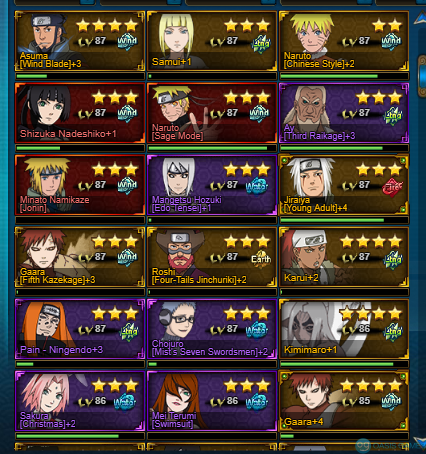 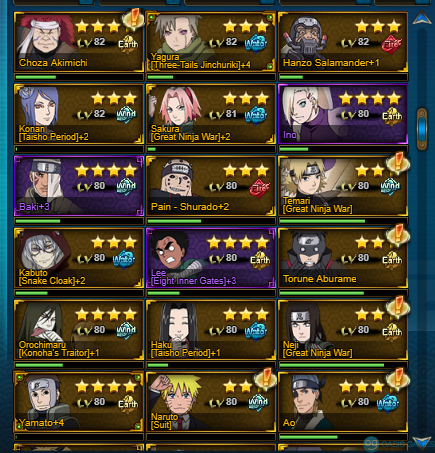 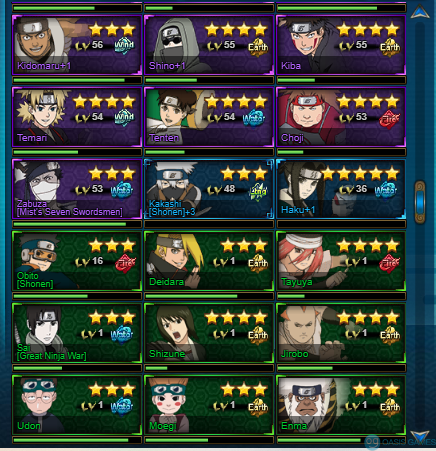 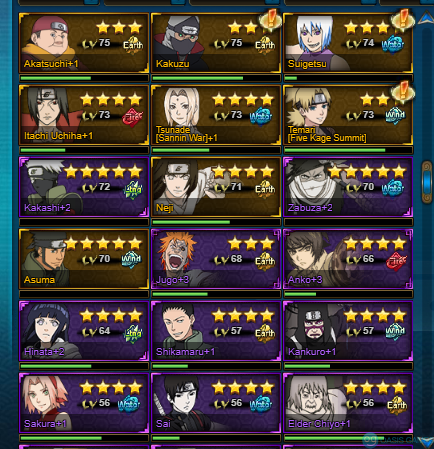 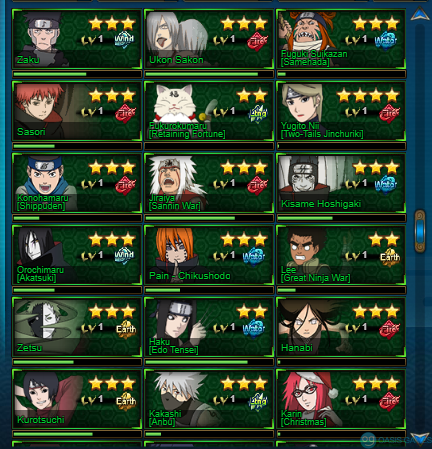 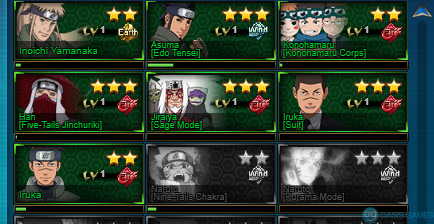 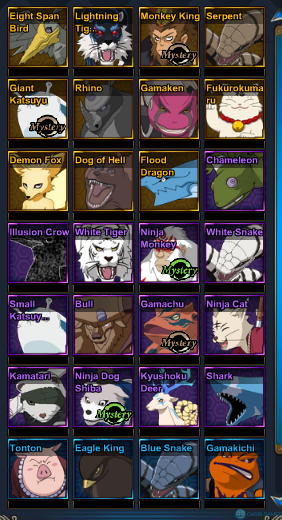 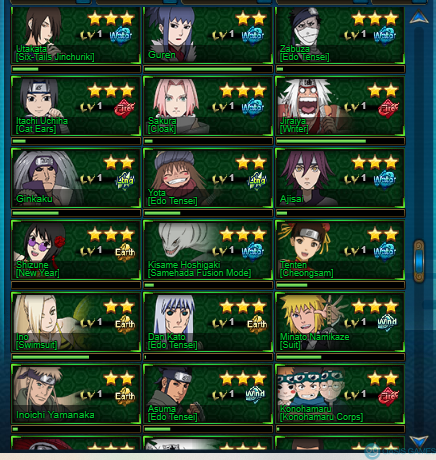 Just like the guy in your previous post said, you aren't going so6p rank very easily with the ninjas you have. Just keep on doing arena until you are losing in a row and when you noticed the same guy(s) that are beating you several times and come back at a different time.

Also, avoid doing ranked in the first two weeks since you are likely not going to match against with favorable lineups. Continue doing so until you get more reliable teams like Earth main+Kushina BT+Edo Roshi BT+ Killer bee seven swords style like mentioned.

What Danzo says about picking the best time to do Ranked Arena is true. If you keep finding the same people and losing, maybe come back in an hour or two. Also, I think it's generally better at night.

But, since I like building teams and since I want to help I'll give this a shot. It would help me a lot if you told me which breakthroughs you have on these ninjas before I start thinking too much about teams tho:

Ok. I think this team is your best bet: 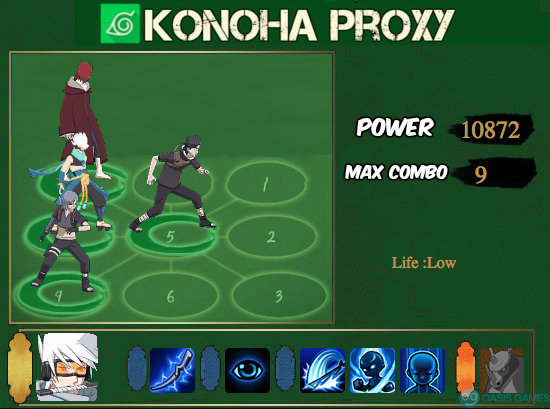 I'd switch Nagato's mystery from +2 to Y+1 for this because even though you can't use it in round 1, now it's a prompt (instant) mystery. So you can do Nagato's standard and his mystery in the same round (round 2 or 3).

If anyone puts debuffs on Shisui, Shin will clear some. If someone debuffs Shin, Nagato will clear it. So you have a lot of synergy there with keeping debuffs off. Lightning main's Anbu Tactics health leech will help your units stay around longer. It also marks him as Anbu, so Shin will clear one debuff off him each round and might give him Anbu hiding, which will help you not get targeted by mysteries. It's a bit random (Shin gives hiding to 2 anbu ninjas, so it could be him and Shisui, him and main, Shisui and main, etc. I think Shin and Main is the best combination since Shisui already has dodge but you'll get what you get each time) but a nice bonus that has potential to be helpful.

Round 1 just use Lightning main to stop anyone trying to override Shisui's barrier or set up shields or whatever. Also, use Ninja Dog Shiba as your mystery summon so he will pop up in round 1 when your main mysteries.

In round 2, use Shisui. His mystery having a 3 round cooldown is annoying but Shin helps with that. In round 2, you should use Shin's mystery on Shisui to clear him of debuffs, reduce his cooldown by 1, and give him an extra standard attack for 2 rounds. Pretty nice.

In round 3, I'd use Nagato's mystery. You could also use it in round 2 depending on how much chakra you absorb from the opponent with his standard. I think if it looks like you can beat the opponent in just a few more hits, use it in round 2. If it looks like the fight is gonna last another 2 or 3 rounds, save his mystery until round 3 because if you use it in round 2 you won't be able to use any mysteries in round 3. Also keep in mind Shin's mystery costs 20 chakra not 0 like Shikamaru's or Gakido's so if you need to clear debuffs off Shisui, I'd prioritize that over Nagato's mystery.

I hope this team works for you, but if not here are some other options you could also try: 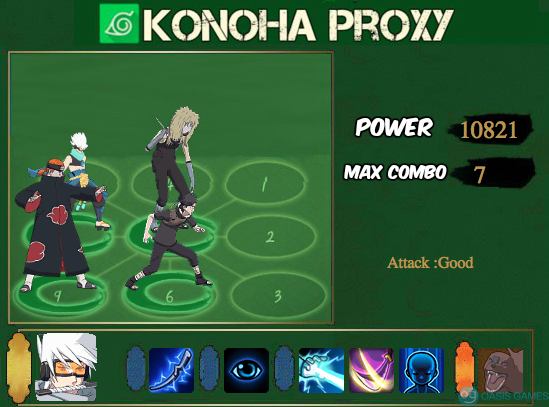 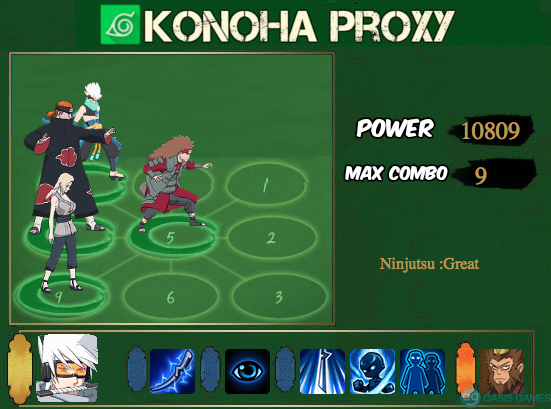 This one you should probably have Tsunade's Y+1 or Y+2 mystery and +2 healing passive for, I forgot to ask which BT you had on her. It'd also be better if you had Choji's Y+1 passive so he'd be immune - you can save up frags for that if you want. But if you don't have all that ready the other teams might work better.

thx a lot..i will try these teams out

Update: After lots of asking people to retreat and lots and lots of grinding... i finally did it

Lol the most basic team did it hahaha