Here's a f2p team? i used to reach sosp in theme arena well might not be be totally f2p cuz of that hiruzen but i think most of people have him by now you can replace mei by any 30 combo ninjas or 10 combo ninjas but make sure to put someone who hits hard 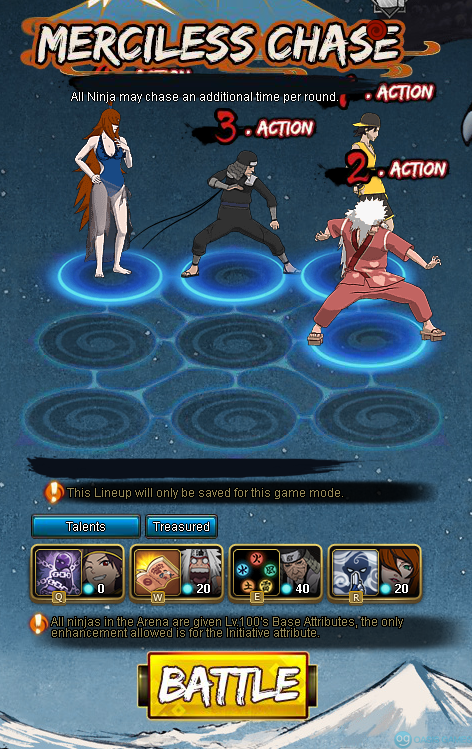 Talents:33122 summon: you c*e any which goes with 10combo chase or more 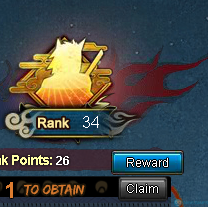 Only weakness of this team is Edo itachi and ninjas who can dodge chase(i didn't encounter edo itachi much) and edo minato with full break isn't a problem as well unless you really unlucky and teams with too many clones but clones aren't much of the prob if your main is faster then opponent's 1st position cuz you can continue your chase again when he standards. It's easy to beat kushina and naruto teams or any other dodge ninjas since jiraya pops the dodge with he activates his barrier so if you are having trouble with typical kushina teams without edo itachi it's ez round 1 win and same for other teams too and i highly reccomand that you use your main on kushina because sometimes she lives because either main dies or other ninjas and combo breaks so if you don't want her to skill better control her.

SS of some battles i did. 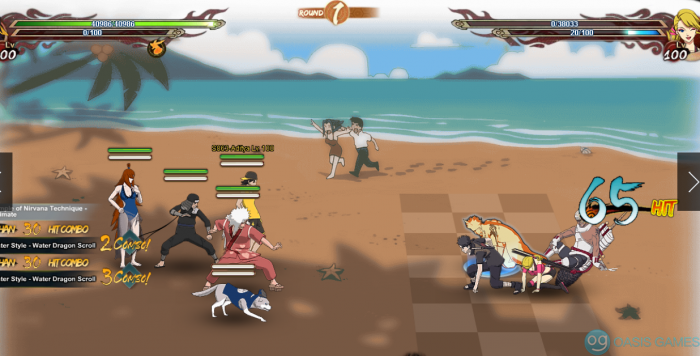 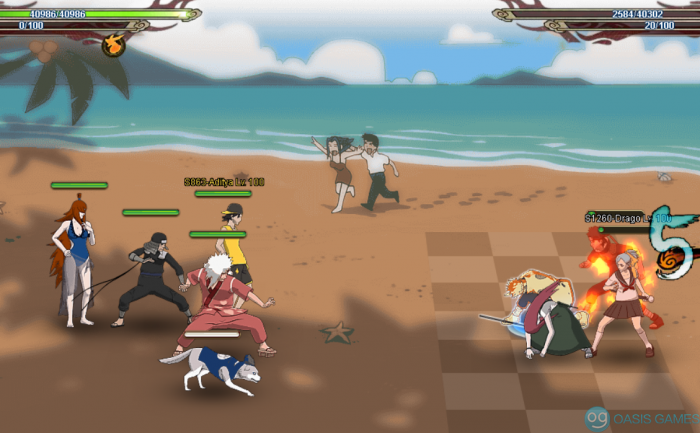 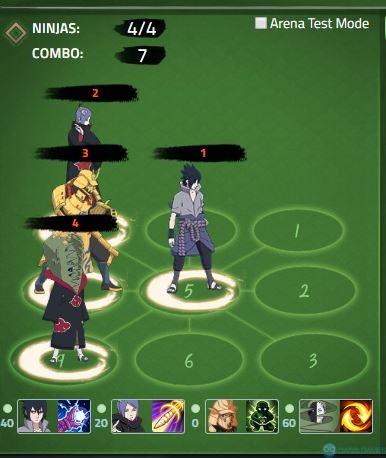 Also to share something. Sasuke's chase always crits and with his bs chases twice. Zetsu's bs chase hits with strong poisong and also hits hard. It is not full proof but if Sasuke's first usually starts the combo. If he is not first there is fair chance to drain the other guy's chakra. Semi-blitz and much troll with Zetsu xP