My life it's full of tragedy. Yeah, the only good moments I've lived, it's with my friends, but being honest... my life was a true hell.

You'll see... my name is Azure Fang, I'm a user of Water Chakra Nature, but I've been trained by Camus, the Gold Saint of Aquarius.

I've went to the Land of Ice, and I've met him. He told me about the logic of the Absolute Zero. I've could control it, but it was very hard.

Really, reach temperatures of -273°C it was a true pain.

Yes, I control my normal skills, like Sharkbomb Jutsu, my Healing Ninjutsu, and the Toxic Fog.

But also, thanks to Camus, I've learned skills like: Diamond Dust, Aurora Thunder Attack, and Aurora Execution. Also, I have an idea to make the Freezing Coffin trap, but I'm not so sure to do it...

I've thought that my life it could be going better thanks to my master... and thanks to my best friend of that time... Isaac.

Who is Isaac...? He was... everything to me... Besides of Camus, he was my motivation to improve and get stronger.

It just passed 1 year when he sacrificed himself to save me...

6 years ago, she and I, we've been in a ship, travelling in all the possible places...

But the ship crushed into a giant iceberg, and it started to rumble.

My mother saved me, sending me to a boat with some people... but she... she... she sank along with the ship...

One day later, I've went to that place, but I've noticed that the ship and my mother were under a thick ice cape... in the deepest part of the cold sea.

If I've should stopped in that instant, when I've ended my training with Isaac 1 year ago... he could be with me...

Let me explain you what happened... I've broke the thick ice cape with my fist, and I've started to swim to the deepest part of the sea, so I could save my mother.

But it was in vain... the powerful floods attacked me, and I've been trapped in the ship net.

I've been there for 1 hour. My air ended, and I've ended losing my consciousness.

Isaac jumped to the sea and swimmed to save me.

And when he picked me... the floods attacked again. I've recovered the consciousness, and when I've saw him, Isaac's left eye was already being pierced by one ice stalagmite.

The floods continued moving us.

I wanted to save him, but Isaac made a new hole in the ice cape, and he threw me outside. Isaac gave his life to save me.

When I've went outside, I wanted to take his hand and help him, but it was useless... he was not more there.

I've broke in tears, and punched the floor some times.

I still have a picture of him. I look it sometimes when I'm lonely... 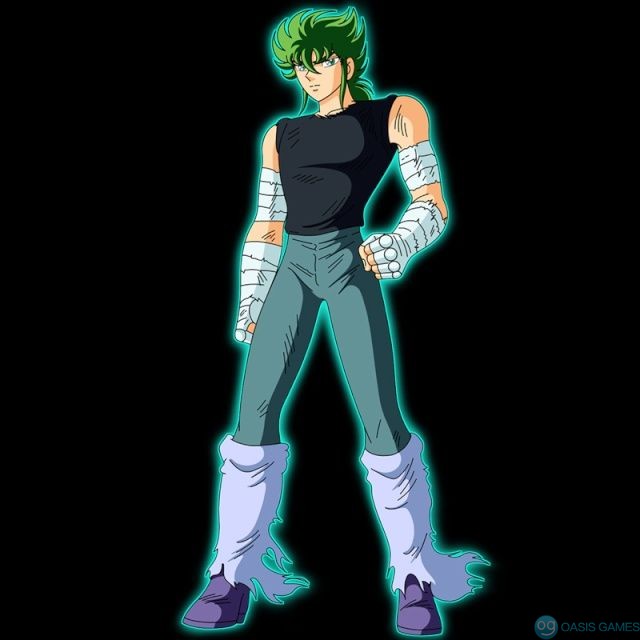 He, Camus, and my mother, always made me laugh and smile... now they're not here... but my friends, Breeze, Midnight, Scarlet, Crimson, and the rest of the Gold Saints, now they're my new family.

My work, as the Gold Saint of Aquarius, had begun after Saga's war against the Sanctuary.

From now on, I'll continue with my master Camus's desires, to protect the Sanctuary, the Aquarius Palace, and my friends...

I hope that he, Isaac and my mother, are proud of me...