*Midnight ended defeating Deathmask and getting one idea of control the Seventh Sense, Scarlet could "stop" his master, the Saint of Gemini, but Azure went beyond and surpassed Camus, until the point that he gave his life to help her to awake her Seventh Sense. However, it already passed 7 hours. Midnight it passed now the House of Leo. And he found... Leo Aioria.* 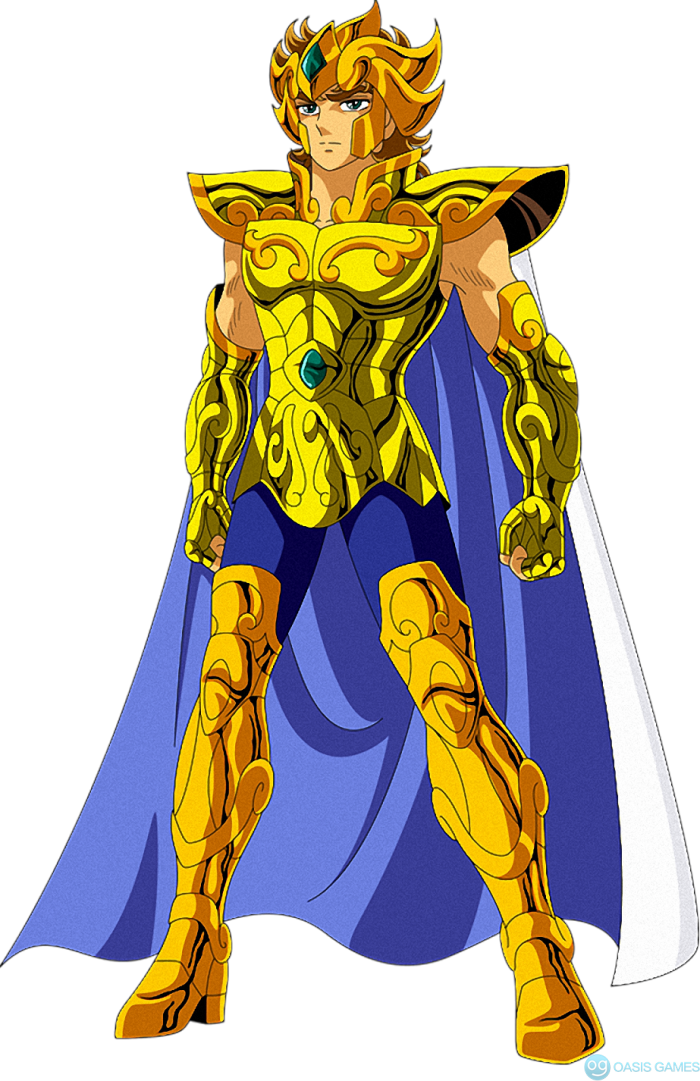 Aioria: Midnight Blade... I didn't expected that you would return to the Sanctuary.

Aioria: If you want to pass... show me your strength...

*After those words, Aioria shooted of his fist, millions of lightning thunderbolts, that went to Midnight. That attack had the Speed of Light, and Midnight couldn't see across his attack. He recieved the attack and he crushed a wall.*

Aioria: If you can't see across my attack, Lightning Plasma, you won't succeed.

*Suddenly, a light stopped the attack, and that light protected Midnight*

*That light showed a blond person, with another Gold Cloth. It was the Gold Saint of Virgo.* 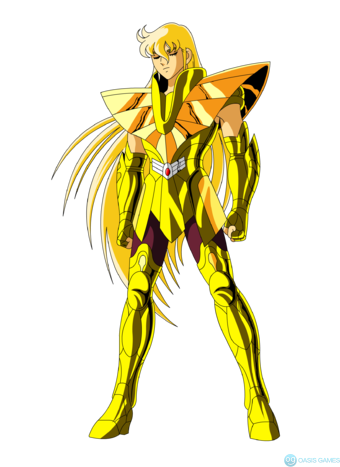 Midnight: Virgo? (Now I remember... Breeze's zodiac sign it was Virgo too...)

Shaka: You may doing some questions to yourself... and... by the way... I'm Breeze's big brother.

Aioria: Shaka! Why did you've stopped me?!

Shaka: Let me open your eyes... and take off the darkness of your body.

*Aioria felt on Shaka's illusion, and he returned to normality*

*Scarlet arrived to Midnight, passing each houses too, and both arrived to Libra's house. Midnight's master it wasn't there, so they passed without any trouble. When they arrived to Scorpio's house, they thinked that nobody it was there... but... they were wrong. A red laser broke the floor and both passed the house. Then, somebody jumped between the smoke curtains, and he showed himself. It was Milo, the Gold Saint of Scorpio* 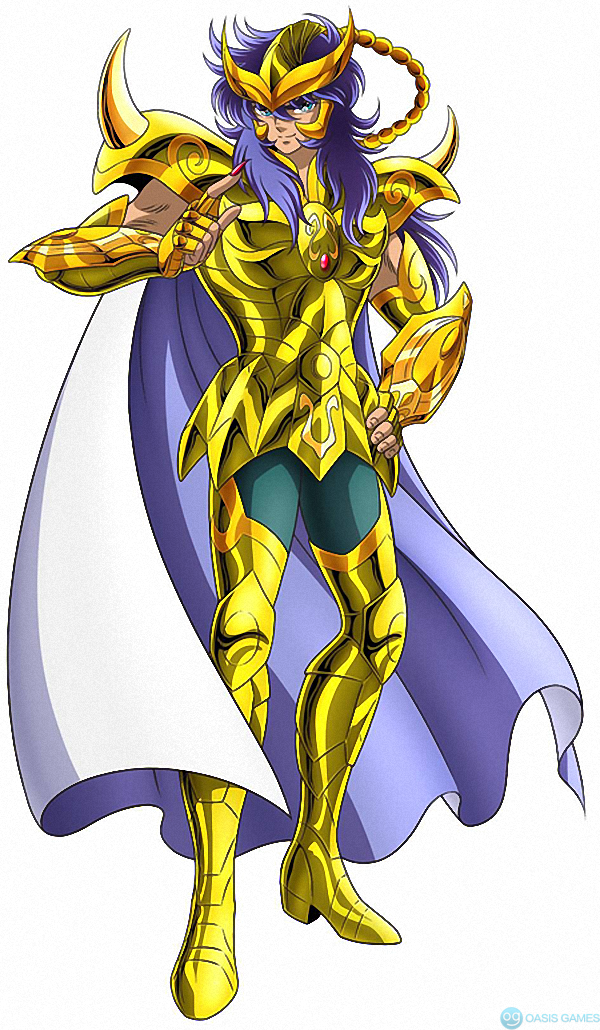 Milo: I didn't believed that the Saint Ninjas were so bad persons, and they can't say a simple "hello". Scarlet Needle!

*Milo shooted from his nail of the finger, some little beams that got stabbed on Midnight's and Scarlet's body.*

Milo: Huh...? What are you doing in Sagittarius's house... Shura?

*The Gold Saint of Capricorn, appeared and he stood next to Milo* 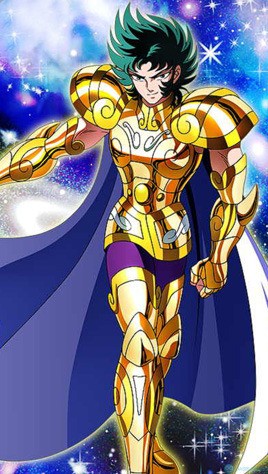 Shura: Midnight... why are you doing this..?

Midnight: I need to find one thing that the Patriarch Shion told me to see in his throne...

Shura: And you think that we would let you pass? Come on! I'll kill you with my right arm! The Spirit of Excalibur's blade it's on me! 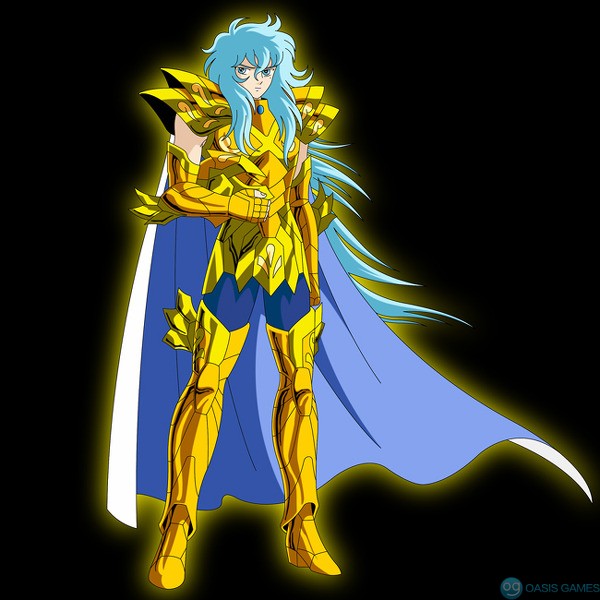 Aphrodite: Hm...? *looks the clock behind Ares, that all the fire hours got turned on*

Ares: You'll be the first one that will dissappear!

Ares: Die! Another Dimension! *Ares changed all the room by the Space, and Aphrodite dissapeared from the place*

*Meanwhile, before Ares do something, Azure, Aioria, Crimson, Mu, Aldebaran, and Shaka with Breeze in his arms returned*

Shura: Why you have that person in your arms, Shaka?

*Aphrodite felt from the sky and everyone looked him, already dead*

Shaka: Guys, you need to hear this... the one that killed Patriarch Shion... it was the dissapeared Gold Saint...

Milo: What are you talking about, Shaka...?

Shaka: I'm talking of the Gold Saint of Gemini... Saga.

Azure: Why he wanted to kill Breeze...?

I don't catch the drift between the reason for infighting among the houses though.

It is not over power or dominance right?? aren't they basically like brothers and sisters if they are from the same house.

or seniors vs juniors, this a coming of age thing ? like a hit 21 year old ceremonial test (haha) ?

Or is the darker saints faction and Hades involving into the darkness that's fighting Athena's faction ?

Shion, the last Patriarch, has been murdered. A patriarch of the Sanctuary, is like the person that advices Athena. And the Gold Saints, are their personal guardians.

Still, the Gold Saints can’t let anyone pass their houses. So, the only way to pass, is defeating them. All the Gold Saints have a bit more of 20 years. I hope I could answer your question.

Ya that will do for now.. I should be able to keep up

so it's a detective conan case. XD