*Midnight, Scarlet and Azure arrived to Gemini's house. They passed it without any problem, it seems that the Gold Saint of Gemini it wasn't there. They ignored that, and they arrived to Cancer's house. When they passed, they saw a gold presence there. It was Cancer Deathmask* 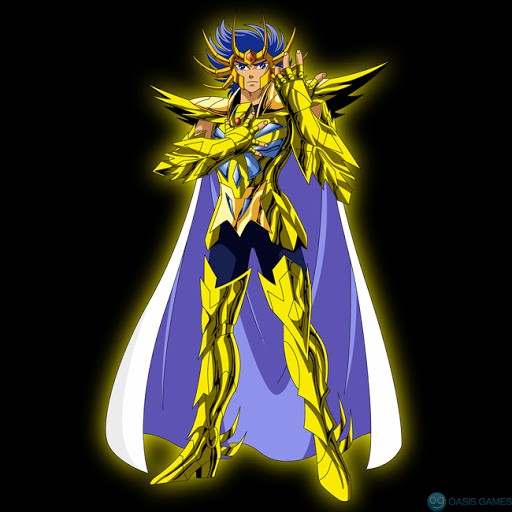 *Azure and Scarlet were in shock, cuz they saw the walls and the floor. All the place it was covered with human faces*

Deathmask: How pathetic. Do you like them? They're my trophies. Those who tried to pass my house or stood in my way... will die... and their faces will be fused with my house.

Midnight: How dare you?! There's kid faces too!

Midnight: No, guys, I'll take care of him.

*The 3 ones were trapped by Deathmask's waves and they were sent to different places. Midnight arrived to Yomotsu's Hill, Scarlet returned to Gemini's house, but Azure... it was far away of them... she arrived to Aquarius's house, the 10th house*

Midnight: Yomotsu's Hill...? This is the place where the dead souls goes to the Underworld...

Deathmask: Ohhh... you're very smart, boy... however... your path will end here.

Midnight: I'll defeat you... and I'll avenge the dead persons, that died by your dirty hands! *a light green chakra was flowing in his body*

Deathmask: This will be an excellent challenge... *a golden chakra was flowing in his body* 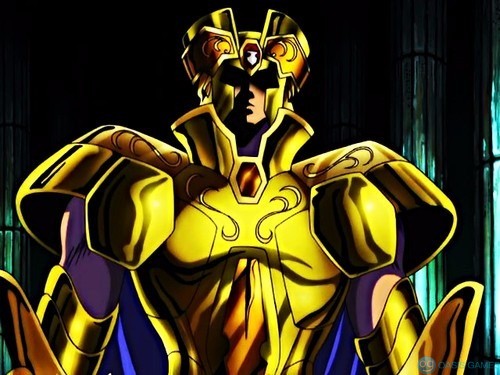 Gemini's Saint: I hope you improved your Cosmo, or how you call it... "chakra"

Scarlet: I'll show you... my ultimate power...! *a red chakra started to flow in his body*

Gemini's Saint: Don't dissapoint me... Scarlet. *a golden chakra started to flow in his body*

???: It seems that your path wanted to reunite with me one more time... Azure.

Azure: ... That voice... this cold voice and place... I only know one person who can control the Ice energy like him...

*That voice showed himself, and it was a blue-green haired man, with dark blue eyes* 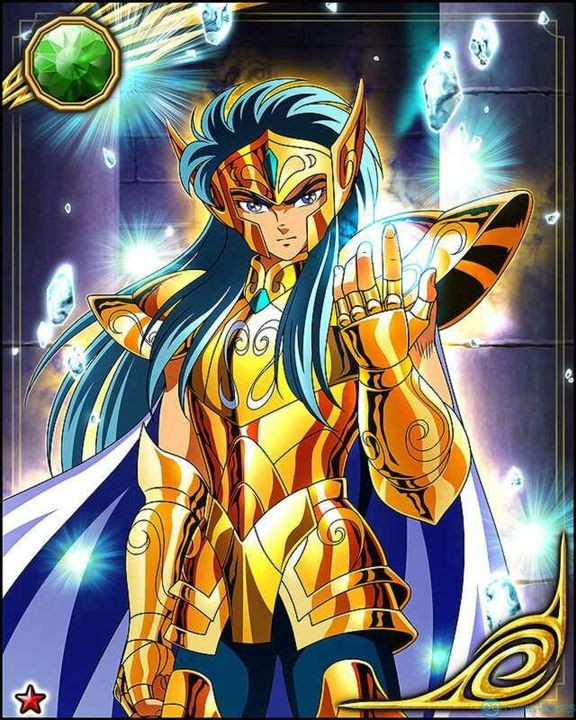 Camus: Azure... as your master... I'll ask you peacefully, if you can leave your path... and give up. I don't want to hurt you... my last student... the only one that survived.

Camus: Yes, Isaac gave your life to save you...

Azure: I won't give up and leave my path as Saint Ninja!

Camus: You answer me using my own silence... then I don't have other choice to consider you a "traitor"... and you have to die as one of them.

*Camus started to focus golden chakra in his hand, and he shoot a cold wind cannon that impacted Azure, creating a cold smoke curtain.*

*Again with Midnight and Deathmask, they were fighting, and obviously, Midnight it was in troubles. Deathmask almost killed him*

Deathmask: Idiot... you think that you can defeat a Gold Saint? That's impossible for a normal Saint Ninja like you! All your efforts will be in vain! And... you won't arrive to the Patriarch's house... Your blonde and st*pid friend will die!! Mwahahahahaha!

Deathmask: Oh, hit a nerve...? Better shut up and die!

Midnight: You can insult me as you want... but... I WON'T LET YOU INSULT MY FRIENDS!!! *a strong light green chakra was flowing in his body*

*Midnight took off his armor, and he showed his muscles and the dragon tattoo in his back.* 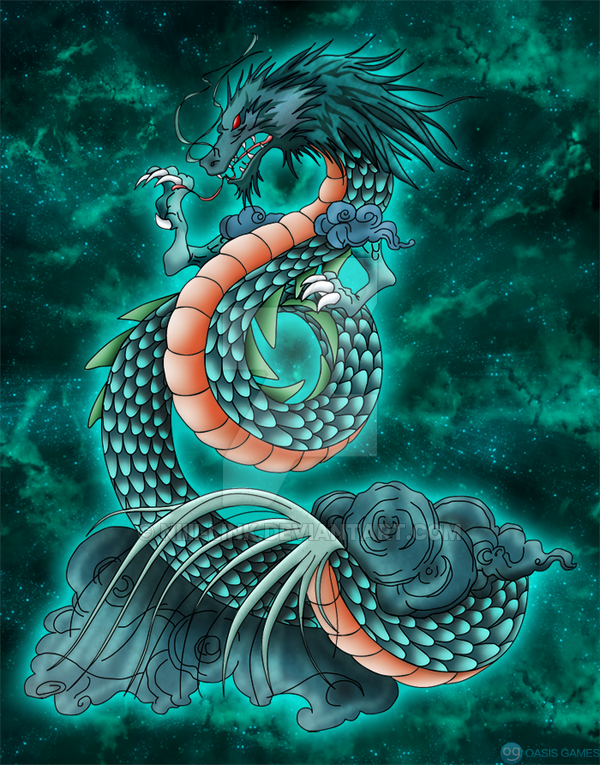 Midnight: My fury against you won't be dissapear... UNTIL I KILL YOU...!

*Against with Scarlet and Gemini's Saint... Scarlet was in a wall, with some blood in his body, and his armor a bit destroyed*

Gemini's Saint: I've told you already the first time I saw you... if you don't reach the true power... you won't be able to beat anyone.

Scarlet: M-Master... and I've told you that day... that I will make my best effort. It doesn't matter if I have to die... I'll reach the true meaning of the POWER!!!

*Scarlet started to flow a red chakra, more powerful that the last one*

*Again with Azure and Camus... Azure it was in the floor, very tired and with some freezed parts in her body*

Camus: I've told you a lot of times... Your attacks won't work against me!

Azure *standing up*: Master... There's something I've learned very well of you... My fists will be weak while my spirit is fragile... But now I have a strong purpose... a very powerful conviction... something I have to fight to protect... that rises my spirit... I HAVE TO PROTECT MY FRIENDS! *she started to flow a light blue chakra in her body*

Camus: You still need a lot of practice... There's nothing I have to say you now... Azure! *Camus made this stand* 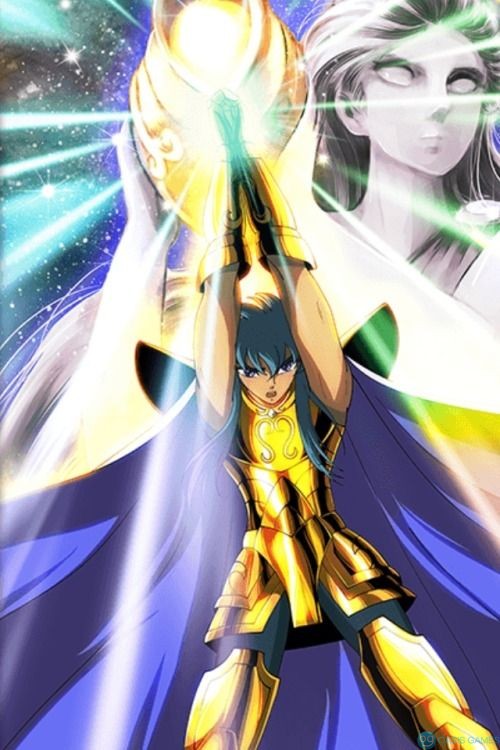 Azure: I have something to say! Master... it doesn't matter if I have to die here... my purpose is strong... I'll help my friends until the end!!

*Both created a cold wind tornado that covered their bodies, and both collided*

*Both shooted an Ice cannon, and the attacks collided.* 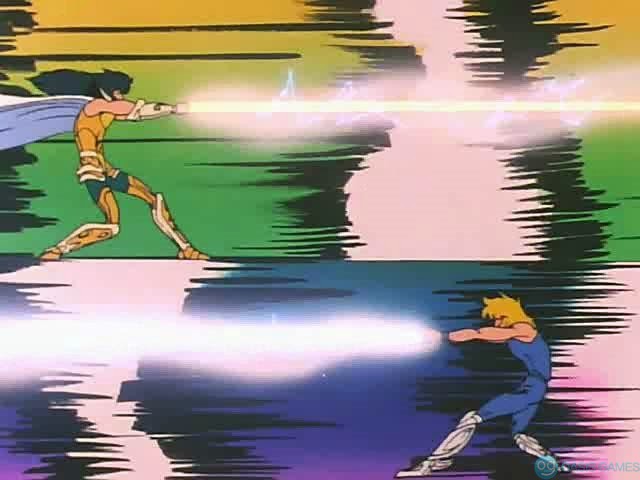 (The guy in the high part is Camus, and the low one, think that it's Azure)

*The attacks collided and both made a giant ice explosion, covering the entire Aquarius's house in a thin snow cape. After the collide, Camus approached to Azure, and he layed a hand in her shoulder*

Azure: Thanks, master... it was an honor to learn from you...