*Long time ago, there was the story of 5 Ninjas. Each one, controlled one nature of the Chakra. But all of them had their own personality. However, they were good friends. They were Midnight Blade, Breeze Dancer, Azure Fang, Scarlet Blaze and Crimson Fist. Midnight it was the bigger one of the 5, and Azure were the younger one.

Midnight it was a proud ninja, a bit arrogant and egocentric, but he always arrives at time to the battle. He's very silent, and calm.

Breeze it was very charismatic, kind, and she had a lot of fans, trying to reach her hand and heart.

Azure it was very pacific, kind like Breeze, but she doesn't like to fight, so she stays back in the fights, and tries to protect everyone when they're wounded.

Scarlet it was very funny, helper and if there's any word to describe it, it would be "clown".

Anyway, they were trained by some warriors called "Gold Saints". They learned some things of their masters.

Midnight learned the "Dragon Fighting Style". Not only that, he had a Dragon tattooed in his back. This represents his high self control and calm state.

Breeze had something that can make shake everybody on fear. But she kept that "thing" as a secret, until the "day" arrives.

Azure could control the power of the Ice Style, mixing the Wind and Water Chakra Natures. She also get the essence of the "Absolute Zero", reaching temperatures of -243° with her Ice Style Jutsus.

Scarlet went to another continent, to train his reflex and mirror jutsus. Not only that, he discovered that "something" was trying to possess him, but still, he could control his bad personality.

They were blessed by the essence of their Zodiac Sign.

They were training for 6 years. At the end of that time, they returned to Konoha. Tsunade was waiting them. She told that at their ages, they'll start a new life as Jounin. But first, the 5th Hokage wanted to see their new strength.

They nodded, and they went to a giant battlefield.

Tsunade: Shut up and look.

*The first one to make a movement, it was Crimson. He focused chakra in his arms, and he released a giant chakra Bull*

*Everybody avoided the attack, but Scarlet stayed in the way of that chakra bull. The midget ninja lift his arm, and created a giant barrier*

*The bull crushed the wall, and he was deflected to Crimson. He didn't waited that reaction, so Crimson was attacked with his own attack*

Scarlet: My Crystal Wall can deflect all the attacks.

*Azure appeared behind of Scarlet, and she focused Ice energy in her arms*

*She shooted an ice cannon that attacked Scarlet, making he crush a rock wall*

Tsunade: This it's amazing... and fast.

Shizune: They're exaggerating a bit...

*Breeze started to meditate, and a golden chakra was flowing in her body. Her calmed state it was fearsome. She had her eyes closed, so she can cultivate more chakra*

*A lot of spirits went off from her back and then flied to the 4 ninjas. Scarlet created another Crystal Wall and he protected himself from that. Crimson avoided all the spirits. Azure made an Ice barrier, but Midnight started to focus more chakra than Breeze.*

Midnight: *sigh* I'll test my new strength that I've cultivated when I had 11 years...

Azure: What is he doing?

Scarlet: Something bigger it's going to be released... But if you do that, dear Midnighty, I'll try to return you that favor...

*Scarlet's body started to flow a red chakra, while he was preparing something*

*Crimson started to flow more chakra in his body*

Azure: This will be the end for all of you... I know that this is just a practice fight... but I won't let anyone beat me...!

*Azure joined her hands, like the way that she's doing the Serpent Hand Sign, and then, she lift her hands to the sky, creating a giant ice vortex, while her body was flowing a light blue chakra was flowing in her body*

Breeze: All of you are crazy... nobody can defeat me...

*Breezy opened her eyes, and she started to flow a golden chakra in her body*

Midnight: I see that all of you, have improved a lot... Still... I'm not let anyone defeat me neither!

Breeze: Demon Hunter! *a lot of spirits went off from her body*

*All the attacks collided each other, and made a giant explosion. When the dust and smoke dissapeared, the 5 ninjas were on the floor. They were already tired*

Anbu Ninja: It's a message from the Sanctuary.

Tsunade: The Sanctuary? The place of the 12 Houses, controlled by the Gold Saints? What happened?

*Everybody were in shock*

[ Saint Ninja Midnight Blade an Illustration ] - Inspired upon by Greek-Japan Mythology and In collaboration with IndraBlaze. 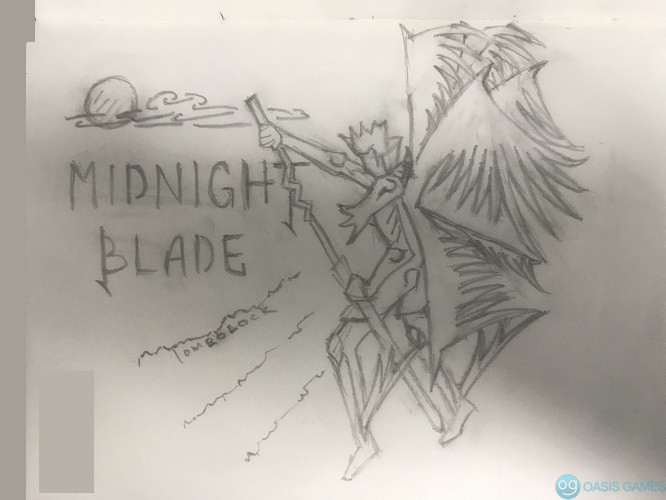 [ Saint Ninja Breeze Dancer an Illustration ] - Plz don't ask me why Female's Armor are so thin and yet so effective, I'm lazy. 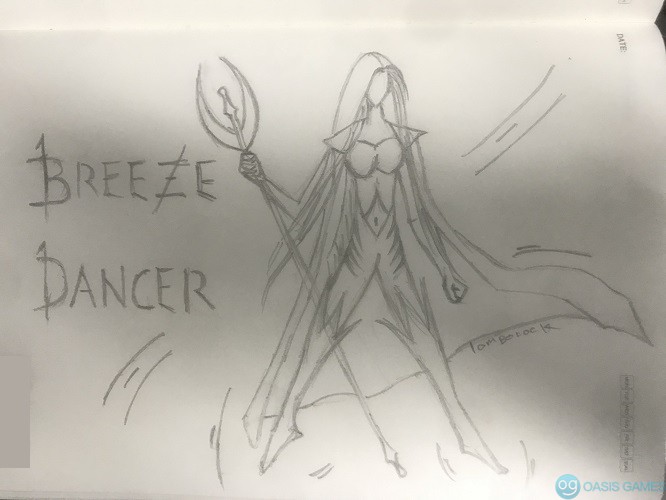 [ Saint Ninja Azure Fang an Illustration ] - Erm Ice Ice baby.. or something like that, but it was cold and I'm in a hurry. 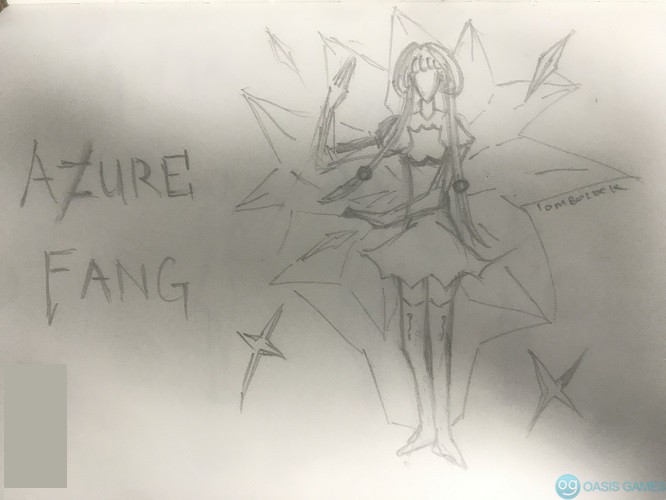 [ Saint Ninja Scarlet Blaze an Illustration ] - Mirror reflect ! Yes no one can withstand the soon to be Hokage ! ^_V 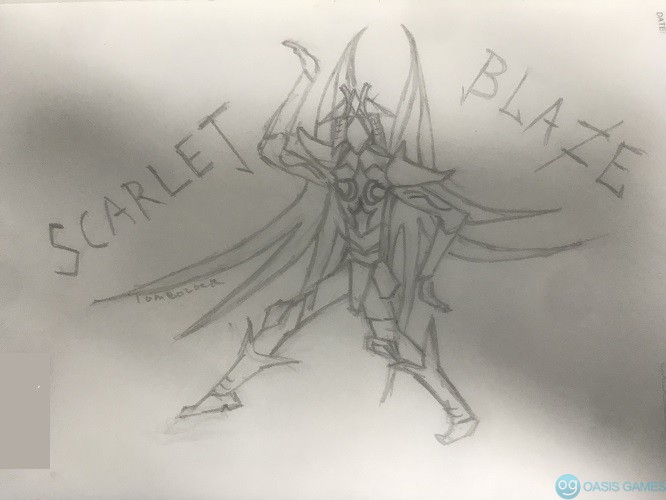 [ Saint Ninja Crimson Fist an Illustration ] - I have the muscles, I HAVE dammit, oh and I have a glider better than wings 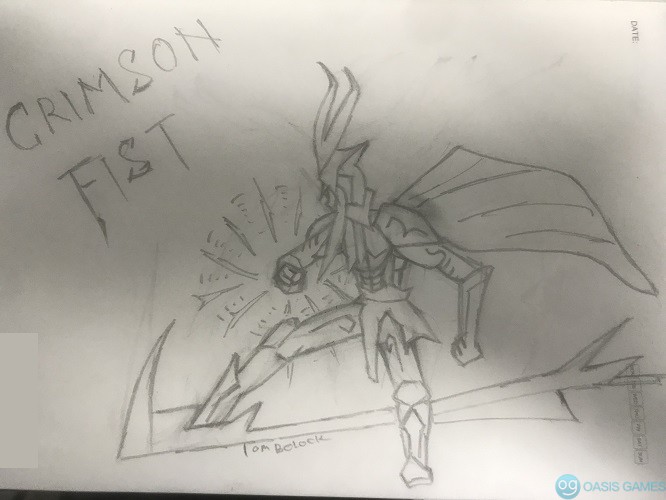 OMG TOMBO, I REALLY LIKE YOUR DRAWS! THANKS SO MUCH!