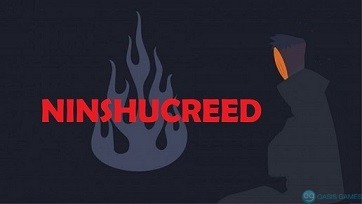 The Angel watch as the Heaven's pours

Folding hands onto her chest eyeing the unending Rain.

When will this rain stop she wondered

As the dripples of water glide down her wings.

A voice thundered through her mind~

"Konan have you delivered your msg to the people ?"

The Angel nodded, I have: your wishes were whispered

and they shall be completed as you foretold.

I will not let them have their way easy,

They will know the true strength of Akatsuki.

Ningendo set there waiting, squinting his eyes as they worked,

Nope nope, set that straight, a little more to the right..

Too much too much, a bit left. Alright! Stop stop.

He tilted his head lower and measured the distance.

Yap. All set and done, just wait for the signal..

Ahem, And so the Orange Masked Man sat there awaiting-pondering

His legs dangling and swinging back and forth

From atop the tree branch. He mumbled while rubbing his chin

Impatiently something pop up from behind him and slaps his back,

TObi the White one yells, toBI the Black one echoes !

Your being indecisive again ? Should we move ahead as planned ?

Well, he shrugs, every thing portents that the time is RIGHT

And every woman must bleed herself dry

All must be destroyed for my recreation of the Ten Tails.

Soon as he turns around again, the rain pours again.

D@mn man, we'll never get to finish things like that !

How long you think this rain gonna last now ?

Hmmm, by the looks of the clouds,

We'll be in kicking action anytime around noon.

The shadow of a Man sat in his usual mechanism,

He would not stop yet, because he vow to make them all pay !

He knew that it was a cycle, that they will use him as they have always

It is ok, for he had been doing this for more than time was lost since

All who wish to challenge and test their mettle shall come

That would be for the best, every sin born of man and woman

Every greed, pride and lust shall be broken, he swear IT.

Infinite Tsukuyomi, and a final sacrifice of his own soul,

That was all is need, not long now and he was ready to pay the price.

Listen, it's the Angel's sing, the voice of GOD ? The people were silence,

Nah it's the Oracle, the spoken word that was never lied.

From all walks of lives they will listen, for it is undeniably from the heavens

Except for today no Man of GOD shall defeat me,

My God has died, and I will create my own world.

Today I am the savior, tomorrow is Your chance.

You will convene the council won't you ? IT has already began,

time is immortal you know! Gather my Akatsuki, we begin the rites ~~

Letters were written and were dispatched, From near

and afar, they seek advise, Yet parables they only hear

from My side, The Messengers of the Void some call Them.

Others spoke of Darkness hide. Turn away,

and redemption be met, under the moonlit night.

Do you not know the truth, we cannot change the past.

but the future is in Our hands, We must guide It,

The Nine Tails must be captured, who will go ?

I will of course, it is with Konohagakure after all.

The Task is Yours, take him alive, do not fail me Dismiss:

He won't since he's not with us anymore, that's all you need to know