Can anyone explain to me how the game does "vertical buffing"?

Is it from the way I look at the screen? Or from the point of the view of the character, who gives the buff? 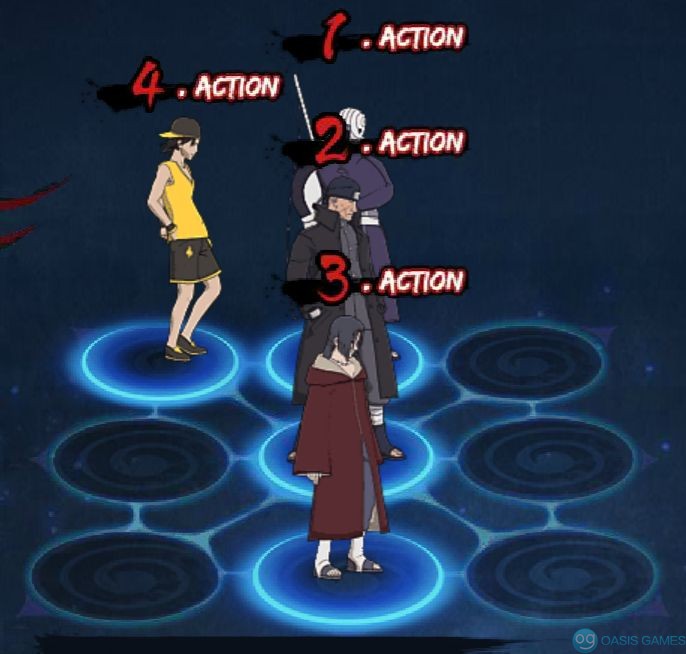 In this example. If it it was from my point of view, Madara would buff Ibiki and Itachi.

But if Vertikal buffing would be from the point of the view of Madara (and his direction of vision) he would buff the fire main.

Which logic, does the game apply?

Considering that he also buffs other (opponents) ninjas in the same row....i would say the later?