Mystery: Interesting barrier if you have good chases in your team, could be also used to counter enemy barriers because it's 0 battlefield cooldown

Standard Attack: This is his best skill, but it requires some luck to be a great supporting skill

Chase: Kinda hard to trigger because it's 30 hit combo

Passive 1: support skill for himself if you have some female units, so of course it's better to use this ninja in some female team

Overall he's not a really useful ninja except if you get lucky with his standard attack (or if you want to use some * chasing team for fun) , but well considering that he's completely free he could be used if you're a new player 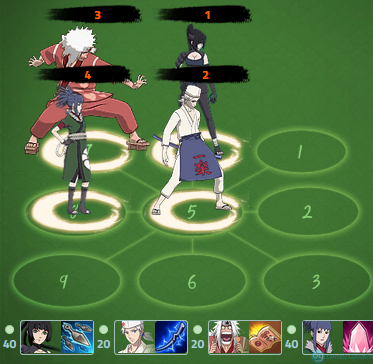 Some strong and f2pish female units in this team, lack of debuff removal support in this team though 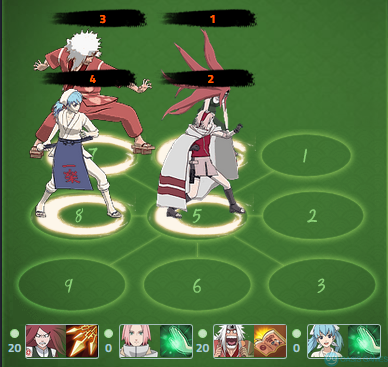 A strong female team, more relied on durability and poisoning the enemy 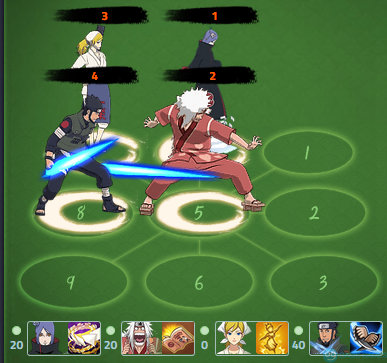 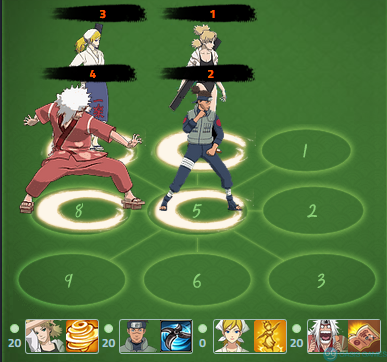 Similar to the team above, but this team is really * with chases which is amazing if you use Jiraiya's barrier