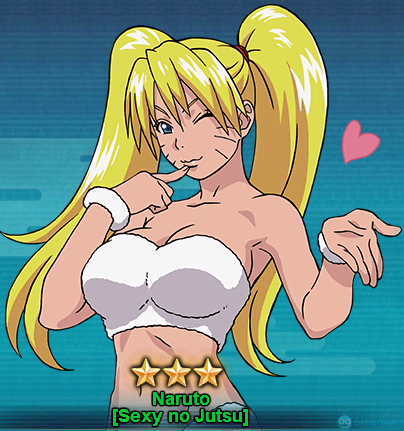 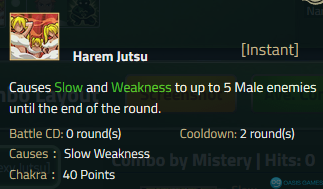 Mystery: Actually not bad, can be useful vs non immune ninja although it costs 40 chakra which is a small problem

Chase: one of most useless chases honestly as it's awkward to trigger it unless he's before some other repulse chasers and it only gives you small bonus damage and that's it

Passive 1: Not bad because he hits a lot of units with his standard attack

Passive 2: Best thing about this ninja because it can be used in many teams, everyone likes buffs

Overall HE (yes he's marked as a male ninja still haha) is not a very usable ninja, decent only for f2p/new players and that's why I maybe such teams 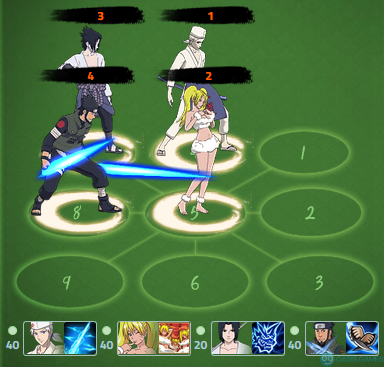 Using WB Asuma (breakthrough) you c*e both Sasuke and Naruto in round 1, without breakthrough you could use just Naruto 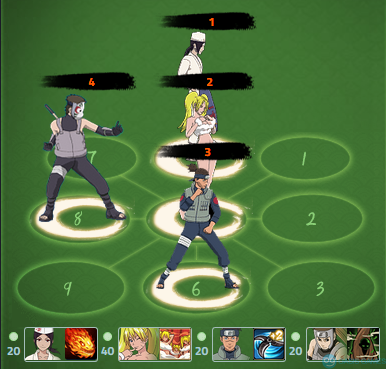 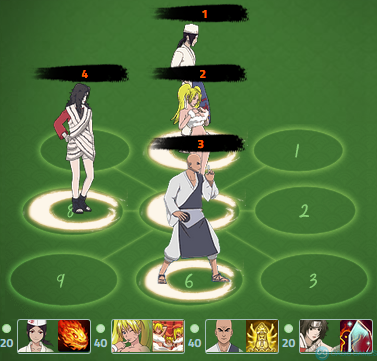 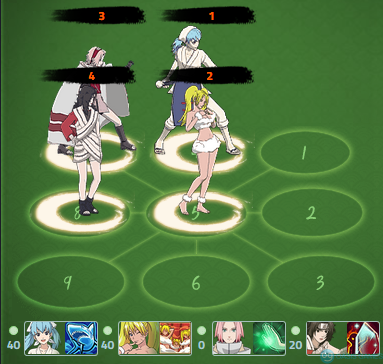 Not easy to do Naruto mystery in round 1 here but hey, spam that water shark bomb

from all the information i have and gameplay i've seen, his mys cost 20 only!!