a guy in S504, name S504-Banana was using */cheat in EVERY Sage world battlefield 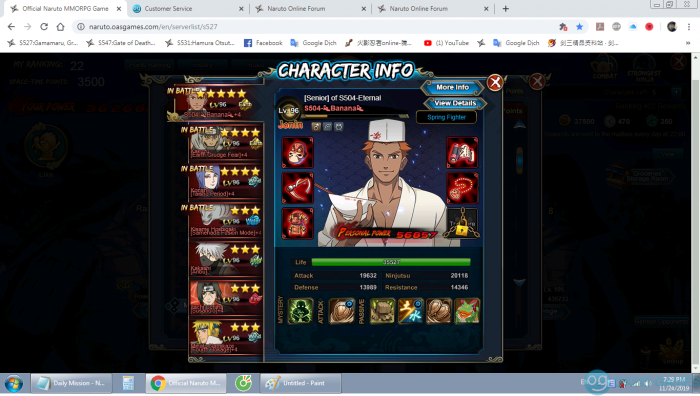 4 months ago i began to watch him, i see very STRANGE strange how can a guy 250k power can do 15~22 streaks in ALMOST Sagebattlefield ?

So, i observed him, then i find out his movement is very Sus_picious. he can run Super Fast in Sagebattlefield, and hardly people can tough in him (system will show: the target too far, unable to attack) if there is anyone was trying to attack him. Not only me, i told my friends (from 20 servers) and they also saw it 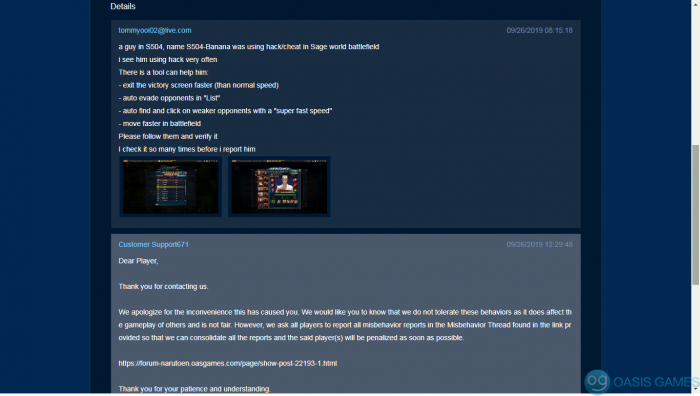 2 months ago, i feel it's enough. I reported him in "Customer Service", but a staff "Customer Support671" he replied i need to post this problem on forum.I was wondering why? Post here so that Banana can see it also (right?) (and he would stop some days to evade the cheating-investigating)

and welll you know, they did nothing

the last 2 months, Banana did use */Cheat every Sagebattlefield he joined, and he still safe.. (and sound xD)

today, he autoplayed in Sagebattefield and afk but easily won 16 streaks ^^

I find it there is a tool/* can help him something like:
- exit the victory screen faster (than normal speed)
- auto evade opponents in "edited List"
- auto find and click on weaker opponents
- move super fast in Sagebattlefield

- and block almost players who try to click on him, (their system will show: the target too far, unable to attack)

Please follow him and verify it
I checked it so many times, Now, it's your turn.