So, with a new month starting everyone had been able to use their Season Tickets, so early in the morning I finally managed to get Naruto [Sage of the Six Paths]! I been working towards this ninja for about 6 - 8 months (didn't save coupons for him and just picked him up from freebies but only lately I been spending coupons on him, like, the past few weeks).

And the lineup that I'm using I have tested it in arena, and it is quite nasty! 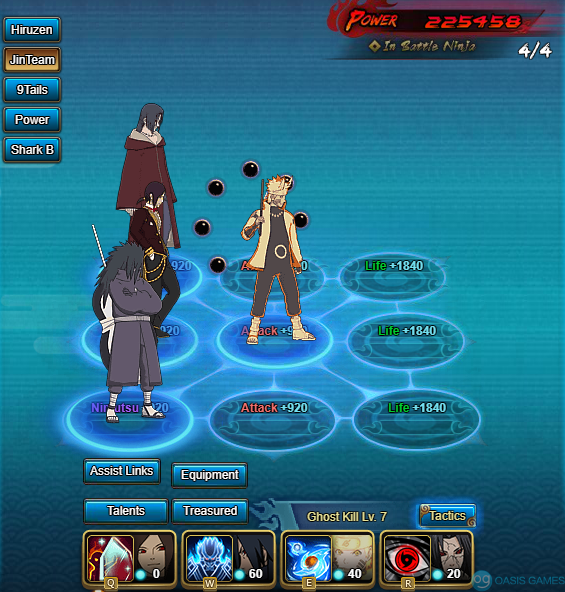 So for the other great thing! About 13 months ago I had pulled my First SR in GNW Treasure in which I pulled Naruto [Kurama Mode]. I had loads of fun with him, but unfortunately, he doesn't quite cut it very well! So I kept pulling into GNW Treasure, and finally 13 months later, I pulled my 2nd SR! I had pulled Madara! 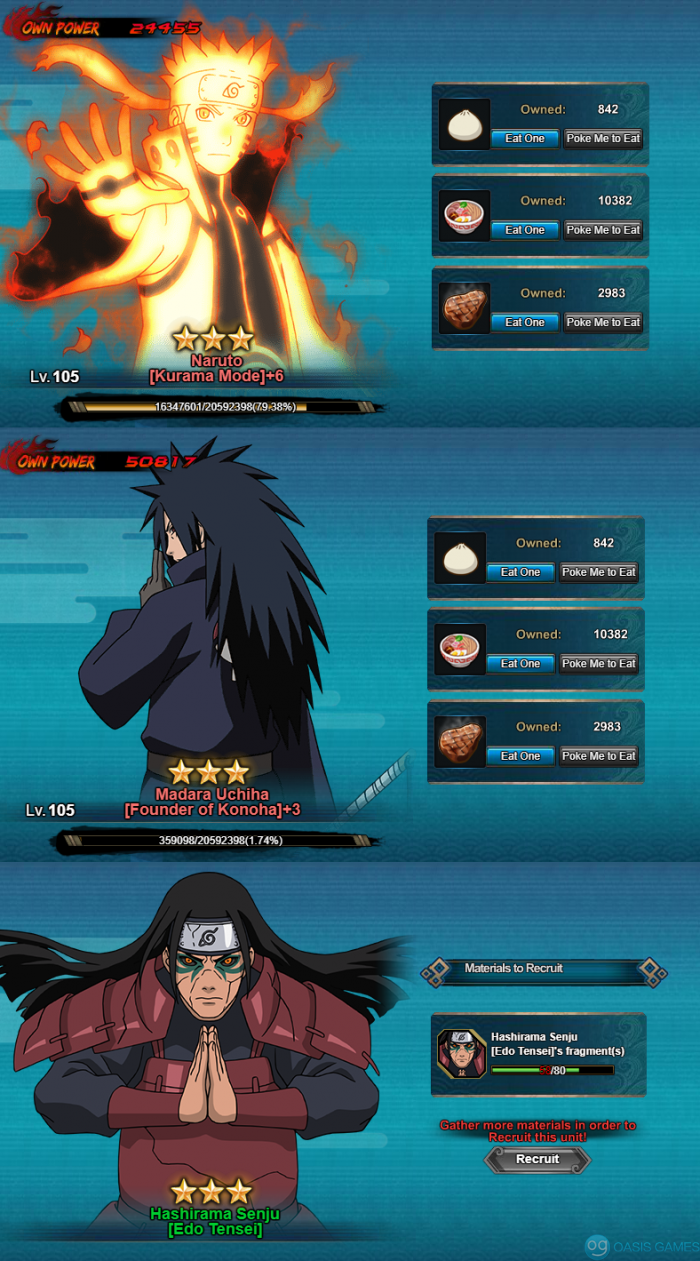 Now, take off about 4 frags of Hashirama (that is roughly how many I had gotten from Mega Carnival) so I had pulled so far 54 frags or so!

So now my plans is to keep pulling GNW Treasure so I can 4 Star 3 ninjas! Kushimaru [Edo-Tensei], Sasori [Edo-Tensei], Jinpachi [Edo-Tensei], while I am about 20, 8, 31 frags away from doing respectively. The main reason why I chose these 3 ninjas is because 1, Edo Sasori is great support, and by 4* him, there may come a time in the future he'd get Skill Breaks! That and bigger shields are nice ;) Kushimaru is literally so close to 4*, so may as well do it since he is right there. Then Jinpachi being pretty decent support for ninjas like Deidara [Edo Tensei] (which I been working on slowly). After these 3 ninjas are 4*, I'll have to see if I want to pull an Edo Jin treasure or not. But I might just rush GNW to pull Hashirama Senju [Edo-Tensei] then go back into Kage and pick up Susano'o Itachi where I'm 37 Frags away ^-^

You can change the 2nd passive to what you prefer and your mystery to what you rather have!

Dang he dead since kushina got here gl tho.

Glad to see you having fun with your new achievements these days. Wish you more good luck and have more fun playing the game. Congrats and thank you. :))