1) In training grounds, you can't attack other players because their powers are too high "very dangerous" but those dangerous players can attack you

2) Sage battles have players from 50> to 50< and eventhough the camps are overloaded, there's no segregation in newer servers

4) There are never discounts for buying ingots

5) outdated ninjas like kid konohamaru hardly show up in events

12) When you're trying to build a 3 star ninja, you need 80 frags, but when you get an obtained ninja from seal scrolls, it's converted to 20 frags, do the other 60 ninja frags just disappear

well i agree with most of your points but a few points do have a flaw in them. in number 4, true there are no discounts, but that doesn't mean you should recharge whenever you want, they put rebates for that kind of stuff so u get more for your buck. As for number 5, they obviously can't have all of their ninjas in the events, so most of the old ones are either not desired by the majority, or they can be redeemed somehow in the ninja collection scrolls. As for number 6, if a group member is spamming that feature, you can take it up to your group leader so he can either kick the person or tell him to stop. Number 7 is *ed true, however, im pretty sure they do this so that when u want to redeem your runes, your gonna have to waste them meaning more money for them as people will buy summon scrolls. number 9, thats just oasis being drunk again but i dont see how that defies logic.

I guess i agree with 5 but it seems like new ninjas come out, a month later they're replaced by newer ninjas and etc..

But number 4 is valid, rebate aren't sales. Most games have a period where they lower the actual price to get p2w currencies. If the prices are fixed and never change then that makes the rebates more unusual as players would be spending the same amount (irl) regardless off of how good a rebate is (eg buying different chocolates and paying the same price every time)

number 6 i meant the actual ingame messages sent by "Hokage Office" which can't be hidden/stopped, constant reminders of power drops from summon exp decrease is spam in its own rights; people only care about the attachments from these messages.

and the drunk numb 8 exploits a hidden server to obtain the screenshots as no one would go all the way to fake an image with an absurd amount of ingots; it has to be a real ingame screenshot taken for the info page of the handbook

One interesting thing on China which they should add there :

You can 1 click and put all magatamas in row from your inventory instead putting max 5 of them, you can put multiple magatamas on one spot. 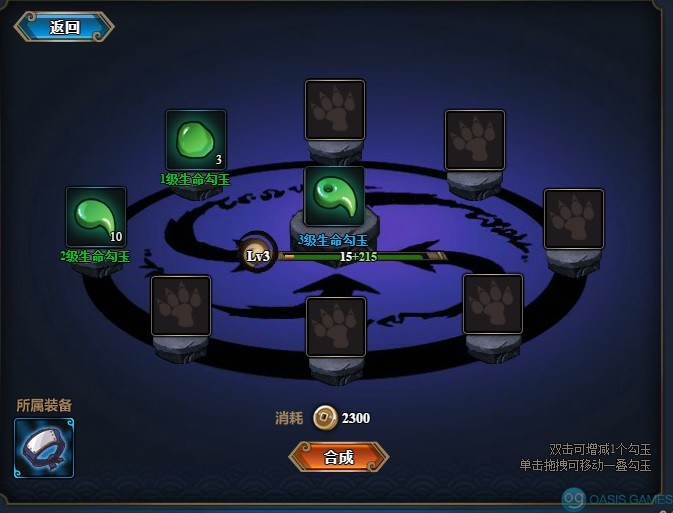 That would be very useful when uograding runes

There is no such thing as "hidden server". It is simply a test server that is not accessible to players. Like any other game, we also have this type of development feature and and type of screenshots we put into the game as part of new feature introduction are taken from this test server.

As for the Hokage Office mails. those are official mails sent either by us, operation team, or by system.

Well no, there is such thing as a hidden server, a Server which normal players can't access ~ "Test Server" is a "Hidden Server" when viewed through the fan ba 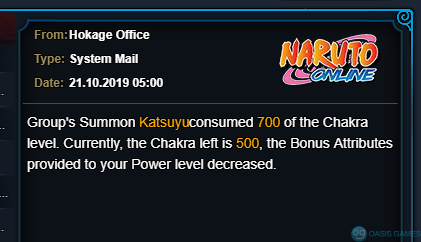 We need this ASAP

Either way, Hidden Server or Test Server is not and will not be accessible by regular players since it is only for staff who handles testing, it is a common fact and doesn't need to be bothered about. And for that Hokage's Office, System Message from Staffs, Operations Team or Automated System Messages are Important Notices that bring information to players so most likely, it will not have any way to block it. Just ignore it since the messages itself doesn't bring harm to you or to anyone. Hope you understand, thank you.

, but there are much more obvious flaws which should be addressed especially the issue on sage worlds and training grounds, i have asked customer services b4 only to be blanked

I can check it with devs for you but you will have to be more specific regarding the SWB issue. Or if possible, if everything was explained in your ticket, send me your UID via private message and we will check your CS ticket.

I mean the issue in levels is obvious... but because you're asking for specifics I decided to take a video of the first few seconds of my sage worlds today; where i'm pitted against players 15 levels higher than me; for many servers its much worse where camps are overloaded. Clear to see a 30k player shouldn't be facing overpowered 70+ with ronins... especially when my server is still new and has been less then 2 months of playing

I hope the issue can be resolved for the majority

Just to clarify, you are not being ignored. I asked you to contact me via private message to ensure I will see your comment or take on this issue as soon as you post it. I do not check forum threads daily (I try tho). So that is why you have not heard from me yet. Jib notified me of your comment ...

Regarding the video, from what I can see right now is that you are in a range of servers that may not have that that many active players in a same range as your level. This may cause the issue with matchmaking. The system is designed in a way where if there is not enough players who meet the same requirements as you, you may be matched with random players (where BP or level is not taken into consideration). However, I will share your video with devs and we will review it. Please be patient, it may take some time to *yze this specific situation and also check some of the past SWB for your server cluster. I will update you as soon as possible.

THIS! THIS SOOOO MUCH. They should add this asap. Imagine having 1000+ magatamas and you piece them one by one. Ugh.

As of this moment, there's no information yet about that feature but rest assured that once our team gets ahold of it, we will notify you guys through an announcement. I would also like to advise to give your inputs and suggestions through our Bugs and Support Section. I, personally like to have this one to be in our version. Thank you.