China has no "Halloween" so I think they won't make things like that.

But who knows "Christmas" was also taken from whe Western-style events.

It would be nice to see some forum events for example drawing contest? Where people have to draw their ninja's in "Hungry Ghost Festival/Halloween" theme ?

Also is it possible to make it that people can choose between 1st and 2nd/3rd prize in "Ino's Flower" ?

X-mas comes from religion so it is not bound to a country, therefore you have no valid point.

also Kurenai (Summer) will be most handy

Then just laugh at the complete waste of resources on his part. Think about it: He is spending 10 ingots to gain 50 coupons. He is also giving up 40 FREE coupons (via convoy) just so he could pay 10 ingots to make 50. Essentially, he is converting 10 ingots into 10 coupons. Ingots have a relative value of 2.9~3.2 x to coupons. He literally could just run an SS convoy and then do the lucky wheel for 20 coupons and make MORE than he would wasting them by plundering you. What a dumbas. . .s

The goal for ingots should always be to convert them into coupons or equivalent in value (such as utilizing the one ingot sale ingots to coupons during a total spending rebate); a 1-1 exchange is really just dumb.

Also, plants do get ingots sent to them. People seem to forget the videos that were posted where they got literal free stuff and access to items that weren't available to anyone else (Epic Nature stones for ninja tools as he had them when no one else did) and it showed he had ingots but only spent $2 on the game ever. If they can get access to items that are unavailable to others, they can gain access to ingots and mock "spins" as if they recharged.

And I need to do this again just to prove a point.

And from page one.....you guys should just stop thinking they give two fcks....they don't. This is proof and they have slapped you time and again in the face. It's time you guys left this toxic relationship. 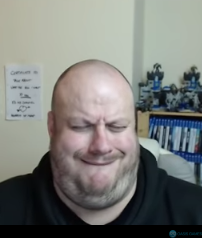 Oasis and their team are a joke

This is Bull*, I don't have Suit Naruto and they switch him out for Sai?!

Germany have minato suit as a sign in ninja btw

Said (+1), but nevermind I found the answer to this.

Sai is usefull,Naruto is for collection only.