**I wanted to give my take, and ask that you give it some thought going forward, given the recent events. Normally I just come here to read, but today, this warrants more than lurking. I'll try to be as civil as possible but from the looks of things around here, that doesn't guarantee that this post won't be removed, as my feedback is going to be the negative type. Some of the very reasonable responses I read, with no cursing or inciting of drama, were locked and deleted within minutes. It's sad really, that mods have to do this, some of which I have no doubt, feel the same way as many of you or myself do. Now then, preamble out of the way; On to the discussion I want to have.**

Straight to the point, there will be no sugar coating to be found here. The refine change is a colossal mistake. Simple as that. The issue isn't even how expensive the new refines are, though that too is frankly insulting. The problem is that this is bad from a gameplay perspective. The vast majority of players simply don't have the resources to have more than one ninja maxed refines at this point, yet alone multiple positions. Position one stacking has been a problem for a long time now, but things did look like they were getting better as time went on. All that had to be done is well... nothing. To make matters worse, and perhaps the most egregious part of this entire fiasco is the fact that the player ba

I've been playing Naruto Online for years now, and despite its many flaws, I've enjoyed most of my time here. There are faucets of the game that are still pretty enjoyable to me, and I've made friends since signing up. This is a big hobby for me, that I've invested time, energy, and money into. This is what makes my decision such a difficult one, and not one I made lightly. My recharging days are officially over barring a huge change from Oasis, which right now sounds less plausible that Sasquatch. Furthermore my old character is retiring, and I'm starting a strictly F2P new ninja. A true breath of fresh air, you could say. Hopefully I can still keep in touch with the friends I've made along the way.

I'm what you would call a "Super Whale" I guess. Not ashamed of it, I make a good living and I don't mind dropping cash to enjoy my hobbies. By this point, from my mental math and memory, I believe the money I've spent over the years numbers in the tens of thousands. My wife says I have a tendency to lose myself in the numbers, and always assume I've spent less than I have. Never been the budgeting type, ya know?

Here's the bottom line Oasis, you've lost a big customer today. If what you truly see when you think of players like me is a $ than by your own metric you made an error of a significant magnitude. I'm not going alone either. Even at this point I already I know of several long time friends (some of them whales similar to myself) who are taking the same stance. Business wise, I have no doubt that Oasis will see a notable drop from people like us.

I ask of you, the player ba

Dam. im What you call a whale. droping 100$ a month i and cards+medal i can afford. But with this event i am done recharging. I do hope more will folow. dont quit game tho just dont recharge. At one point oasis will feel the money loss. Then maybe things will change because when some sensitive information leaks that wont even budge oasis. You know what they say? Money moves people.

I have been playing this game since i first heard about it 2 months after the offical NA launch and for the first year and a half that i played i was 100% free to play but i enjoyed the game so much i started spending when i could. But knowing what i know now about the tactics oasis has taken to try and get people to spend money I regret spending a dime on this game. They have basically taken a game that had balance and fairness in mind when considering both free to play and paying players alike and they have turned it into a complete pay to win fiasco. So many players have quit the game because of the stuff oasis is doing. It has gotten so bad that I can not get a fair match in bonds or ranked arena or any pvp related event anymore for example the game is so messed up I a player with 200k power am getting matched with "plants" with over 1million power character's name is a meme waiting to happen he named himself OnePunchMan and i get the reference its not lost on me.

If things keep going the way they are the game will be shut down in a year or less because oasis will have driven away not only the big spender but also the little guy due to their greed and selfishness. leaving only the people that moderate these message boards and or the oasis employees that get everything to be a "plant" I mean come on a player in the game with 1 million power how full of yourself do you have to be to let an employee destroy the game like that. If this post does not get deleted or my account suspended I will be posting proof of the existence of said character next time I run into him or her. just in case someone thinks i am telling a lie.

Nice troll I almost felt for it ! He is just a mere f2p pleb

I'ma be up front I drop just like 200+ on this game a month just for froggy, monthly and the rare time for jonin medal (expiring takes abit) and with all this mojo jojo I might plan to stop spending just for you guys f2p and small whales can make changes ya really wanna help the game sometimes I agree with ya and sometimes I don't but of late ya been speaking facts

No idea of you are real or if you are a troll, but I'm totally agree with you. Lv.13 refine is what make me stop spending.
This version of the game going downfall cause of those greedy developers.
I'm what people call a "whale", I spend only 100€ per month, wich is nothing compare to some players. I only recharge for froggy and to renew my medal, but today i'm done with it.
I'll keep playin my char cause i've made some good friends over the past 2 years, but I wont give any more money to Oasis

Whole point of playing a game is the challenge it gives. It's kinda fun getting power with patience and grinding.

Welcome to F2P my bruDA!

I will join the project #NoSpending :)

Was planning to get Obito but will wait with that.

Beg me for mercy
Admit you were toxic
You poisoned me just for
Another dollar in your pocket
Now I am the violence
I am the sickness
Won't accept your silence
Beg me for forgiveness
Reply
Kaz S590
On 2019-09-19 21:23:36 ｜ Show this Author Only
12＃
Note: Sorry，the post does not exist or has been deleted

dude you are living in a dream land for sure lol it's probably cause you're a whale or something and you can afford these new refines, but look at the bigger picture for a sec instead of just caring about yourself. This is a HUGE mistake, the position 1 will be way too overpowered now, your whole backline will mean absolutely NOTHING because you either focus the advanced runes or the epic ones, but you can't focus both! They won't even last ONE ROUND! This will be a major disaster later on, once people actually upgrade these refines

I guess its time to do a charge back lol

I dunno if am a whale or not, but this it for me am not going spend no more on this game , 5 of my fends are going stop spending to on my sever that are 500k+ power this game has been good to me in the pass but now its just bad.. 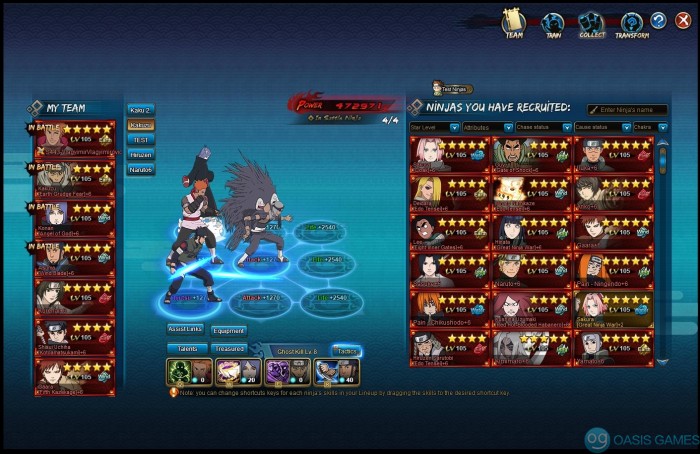 Be proud?! CN removed it! So? Their whales complained about it and now we're the only one who suffer! And u should not be proud of it! Ppl here are ranting because of this update!