Today around 18 Game time, the server I play on (1200) crashed. after being thrown out and tryin to get back in several times I finally got back in, as well as some group members and other players started coming online (which is why I assume it was a server crash). I was in the middle of a plunder, and the battlefield (area where the fighting part of the game takes place) was just the background... no ninjas were showing. I decided to wait, 'cause I assumed if I clicked retreat I would waste my SS plunder. I waited and I got the message about being "disconnected due to illegal actions", but I never got disconnected, just not able to do anything other than hope that the fighting would start. After a few minutes several others of my group members got the same message and were not able to do Survival trial as the screen would never load further after clicking the Battle buton after picking where to fight... I would've thought someone had made a topic about this by now, but since no one has, I am afraid this ONLY happened on our server (Wild Hair: 1200 UK). I am relatively new to this game as this is my first ever server, and it seems that this is a new issue that no1 else I talked to has encountered before.

I am sorry about the late response, but I would highly suggest clearing cache, relogging, and possibly flushing DNS. I will report it as well, hopefully things have cleared up for you and your server, or they clear up quickly!

so we won't take points from season event(full attendance), sasuke(suit) from monthly login and monthly coupon reward. we sent tickets from accounts.

will be any recovery for that?

yeap same on s1208 too. we couldn't take 50 mission points even if we finished all quests + couldn't do plunder too.

as a f2p player, we really need that month attendance and its points from season event. also couln't take that 10 coupons on daily login.

The server seemed to work for myself, maybe I just got lucky though, I would suggest for anyone facing this issue to create a ticket and include any information and relevant screenshots.

My daily sign-in ignored because of yesterday's server crash problem.
As a result, I won't get the Rewards.(Full attndance of month and autmn season)
I want this problem fixed.
Thanks 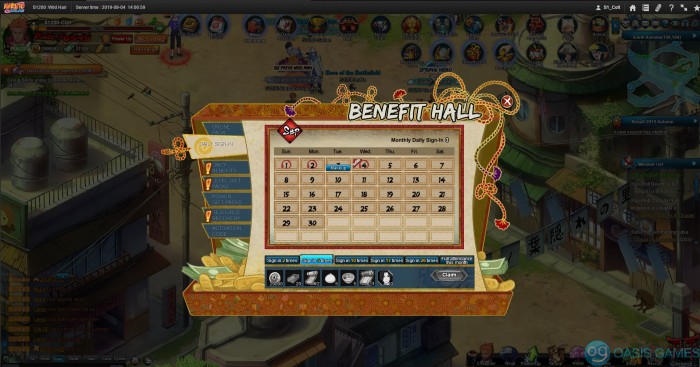 As Tyler has already suggested, those affected by this will need to send a ticket to the In Game customer service as they are the only ones able to investigate the account and send any possible compensation.