TRUE EDIT: Ignore this thread. I got really confused as to how stats were organized in this game when desc

Quick question: in a different forum someone pointed out that the star level bonus affects both the growth value stats and your regular stats. I want to ask if this is really the case since in the game it doesn't seem to say so right off the bat, and if so would this mean that it is in fact better to upgrade the stars of a ninja first before leveling and awakening them?

EDIT: I might've figured it out just now so I'm posting what I think my solution is: 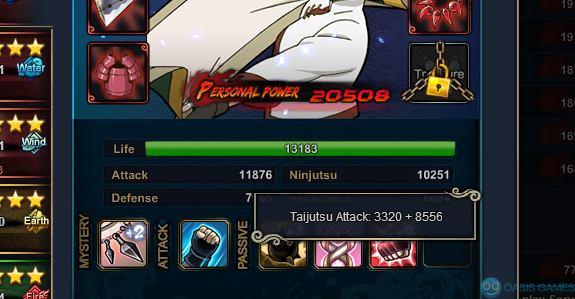 [ If anyone can figure out the HP part that'd be great ]

Features that affect the ba

Features which are affected by the ba