50 fragments of him can be obtained by daily sign in, hopefully the rest 30 fragments c*so be farmed from other events.

Let's look at his talents-

Pros- Secret jutsu user, swordsman, uchiha, so he can fit in a large variety of teams

EDIT- Izuna is NOT a konoha unit

Standard that scales critical (not sure if it is stackable)

Sleep causing passive before first action of a round. (can be useful in causing interruption or triggering dodges)

His mystery is a simple one which attacks a single team, but it has decent damage.

No super armor or natural immunity or dodge

Overall, he is best used as a p1 or p2 ninja in uchiha teams(that goes without any explanation tbh) and is best used for fire main or lightning main.

Let's look at some lineups now-

Shisui could also work as a good p4 ninja 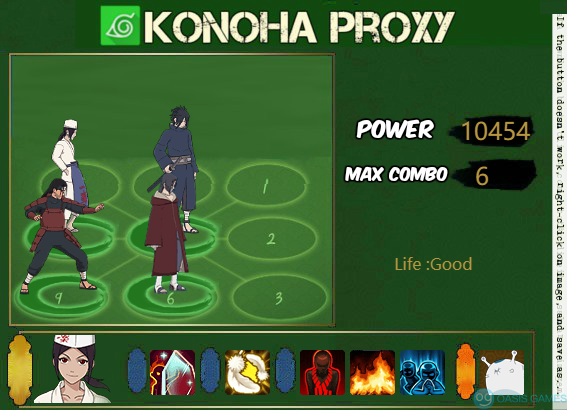 If you want more tankiness, then p4 could be chunin shikamaru with his skillbreaks or summer ino 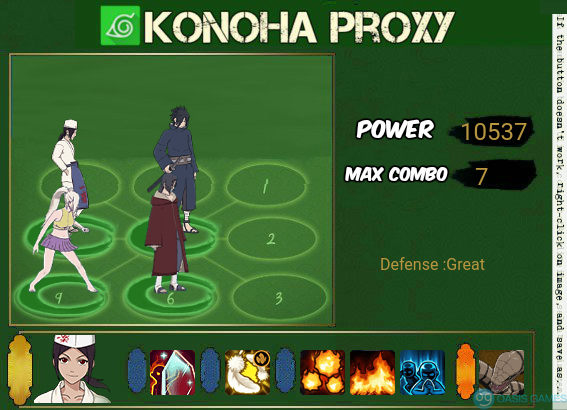 Izuna as the main damage dealer,

Fire main for the interrupt and buff allowing reset on izuna

Kurenai being the evergreen support she is and a chakra siphoner. (Not to forget some extra crowd control and the mirror).

Using Lightning main with root is also an option, but since izuna's mystery is pure ninjutsu, fire main is a much better option than lightning main, else you could use lightning main and replace kurenai with founder madara 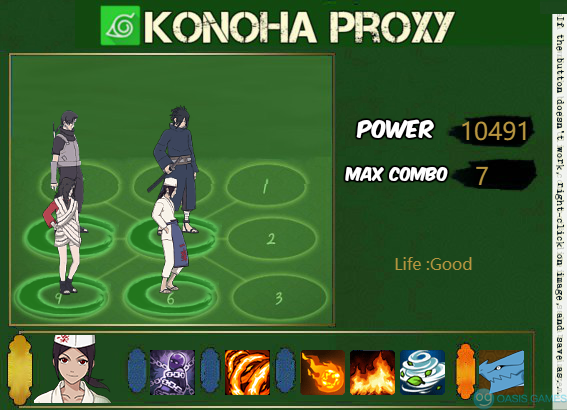 Many possible variations, following are a few 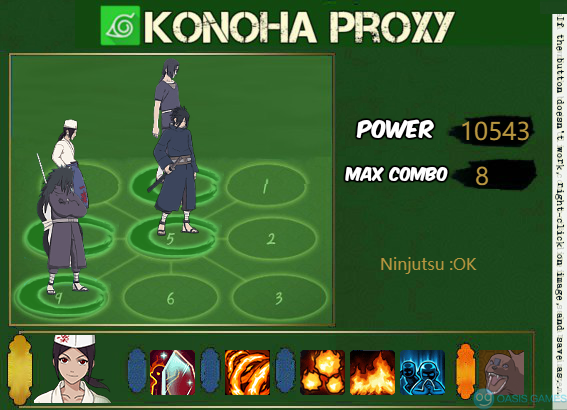 (B) GNW Madara p1 version with spammable mysteries, c*so use secret jutsu buff, but the team will be vulnerable to 5k madaras, hans, etc. 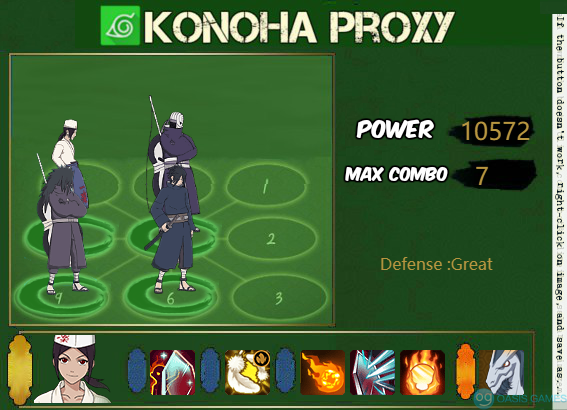 (C) Skillbroken Susanoo Sasuke p1 version- Susanoo sasuke is much better for team battles, but this lineup could work in 1v1 too. 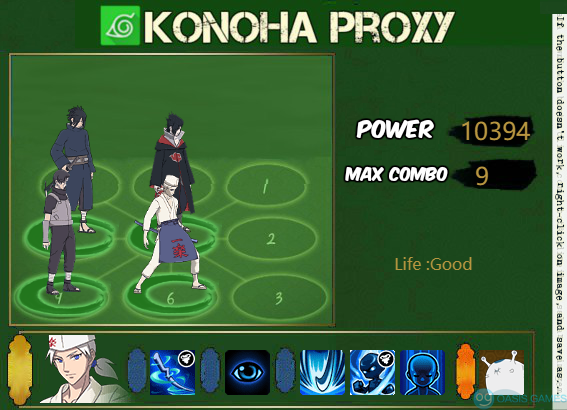 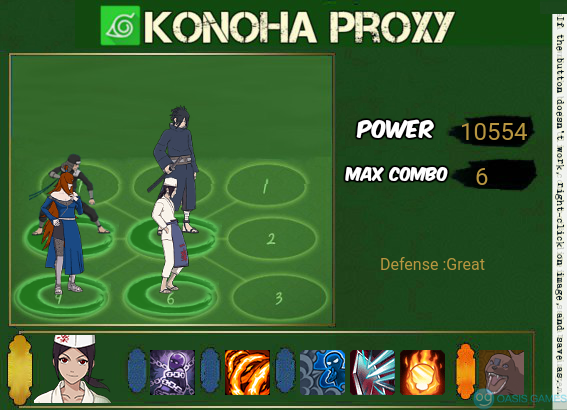 (ii) Another secret jutsu user team, but one that has a lot of cooldown manipulation. This team will be highly resourceful once we get chunin shikamaru's Y skill trials 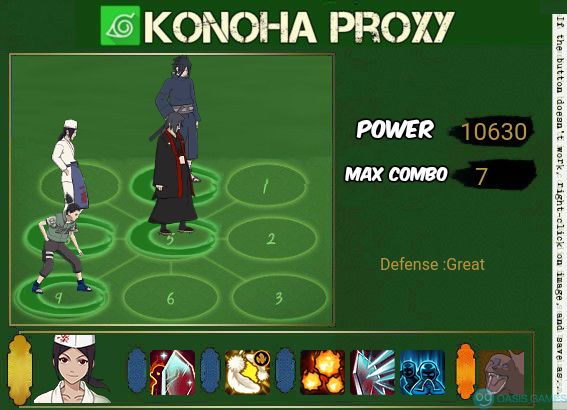 That's all folks, feel free to comment your views on the lineups. (Preferably after trying them, cuz what appears on paper isn't always what it is in practicality). Have fun experimenting with variations.

You can try making your lineups on the simulator at https://en.konohaproxy.com.br

Or, you could talk with other players about the game and stuff at-

Once I get Edo Itachi in Fuku I'll try that first team. Overall great teams but I think the people who don't have overpowered Uchiha ninjas will most likely use that Anbu Itachi, Kurenai team (which is still probably the best starter team with him) 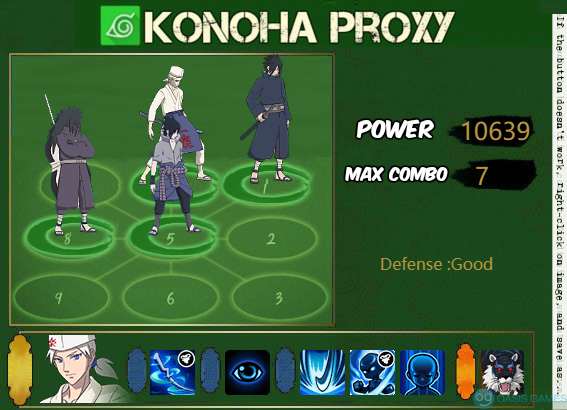 Rinne sasuke is not exactly the support type, I don't think he's going to serve any purpose as a p3 ninja. He already isn't tanky enough as it is.

I'm going to try to get him, so I c*e him with Anbu Itachi and Shiusi. 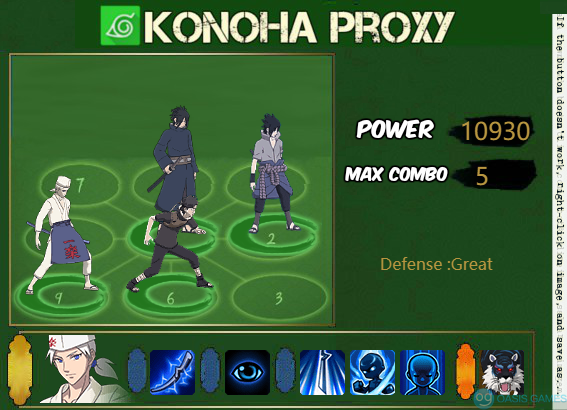 How about this one,I wanna get as much buff on sasuke as possible.

You should be fine then. I'd suggest p1 sasuke, p2 light main, p3 izuna, p4 shisui (though you could try replacing shisui with some non-sword using ninja as you want sasuke to have that root buff, maybe founder madara). 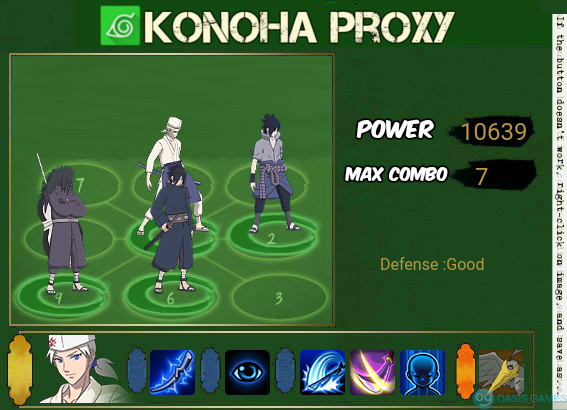