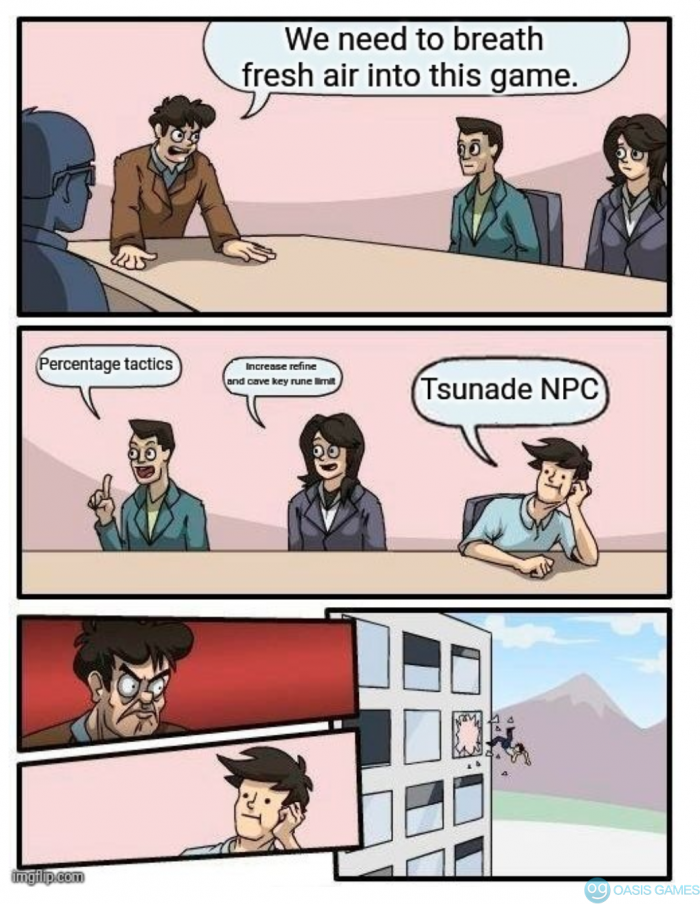 In before this gets deleted for 'don't create drama'

I see some gas cans.... where are the flammables now?

Nothing of the suggestions is correct for that matter .. What you need to do is to ...

. Brush your teeth first and gargle mouthwash to have a fresh breath

whats in the Tsunade NPC?

Now we know what they want.

They want the ruling of overstacked move 1 and the impossibility of making any battle last more than 4 rounds besides using naruto six paths goes on, while also limiting by a lot any option for different lineups, like if this made the game fun.

What they should do currently it's the exact opposite of what they did and beware that i consider the level 13-14 runes way less problematic than the level 11-13 refinements, but what does not work is the fact it was added way way way too early and with no prerequisite (ther would be no problem if to get access to level 13 runes you would be required, for example, to have at least level 11 of the same rune in the other 3 moves and for level 14,level 12).

The current in-game issue right now is the close to unexistant endurance of move 3/4 even in whale fights, something that leads unavoidably to forget to try to run any endurance/heavy healing setup and that make viable only lineups where move 3 and 4 are mere supports to move 1 damage.

They are not leaving any flexibility nor any room for a different kind of gameplay.

On long term this is a serious problem.

We were beginning to reach a decent situation thanks to training potions and they instantly tried in any way to ruin it.

I saw a tsunade npc near fukurokumaru npc on a chinese or german server when is she coming?