Hello everyone, finally the ninja awaited by a large portion of the F2P playerba

Let's look at her skillset- 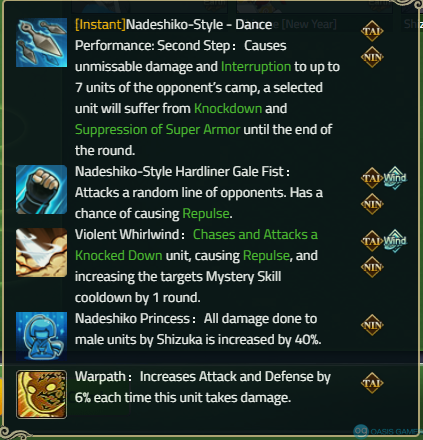 Pros - Undodgeable mystery that can cause interruption (interrupt at 4 stars)

Is a beautiful female swordswoman, so she can be used with root of warrior or flower guard. (Any one piece fans write down the reference if you notice it)

Cons - No natural immunity or super armor or dodge,being faster is quite helpful while using her

Despite her scaling, she is not that tanky in round one, especially in arena

Effective chakra cost of 90 chakra to use her 4 star mystery that causes interruption (50 chakra requirement + 40 chakra consumed by mystery).

Personally, I'd prefer using her with Lightning main or Wind man only. Following are a few lineups that seem to work quite well. 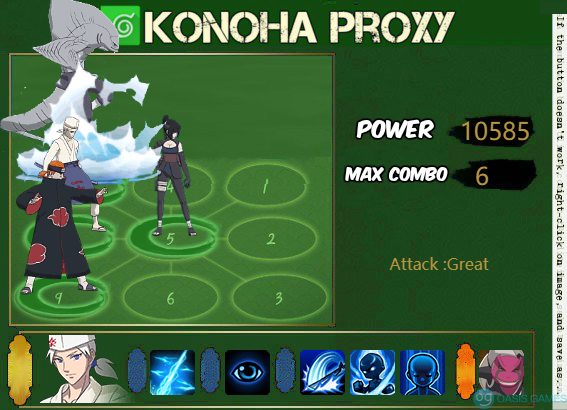 This lineup has shark kisame to remove any opponent barriers and to collect 90 chakra in round one for shizuka's mystery (also baits edo itachis who may try to control shizuka).

Anbu tactics or warrior's killing intent both can be used depending on your power compared to others in the cluster, I prefer anbu tactics here since it is unremovable.

Gakido(SKILLBROKEN) is for the debuff clearing and for providing cooldown reduction to shizuka in case you use anbu tactics. A scaling ninja with leech can be a scary thing. 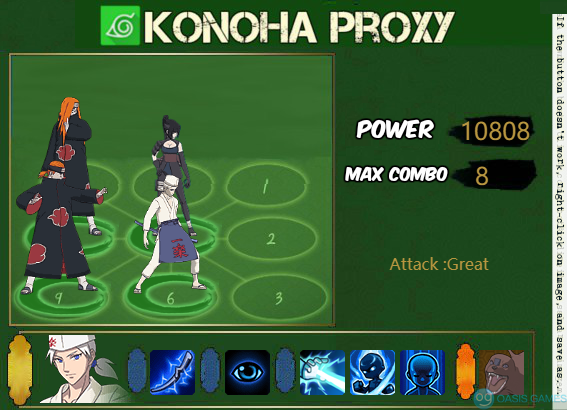 Alternatives to kisame could be a p3 buffer like shisui/kazekage gaara or skillbroken ningendo with the chakra absorbing chase and chakra gaining passive. (ningendo-gakido duo can make lots of balanced teams). Skillbroken mifune can increase cooldown by one more round. So he can be viable too. (Sadly we don't have mifune's trials) 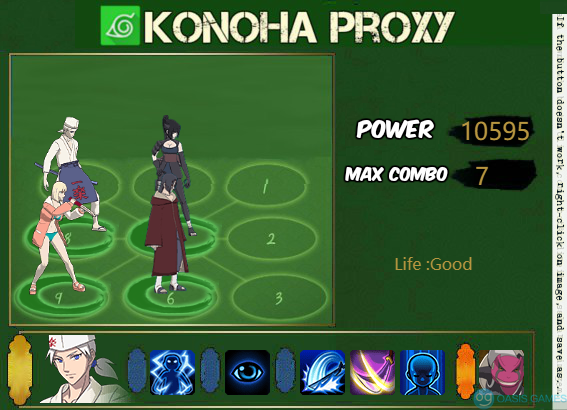 Edo itachi to protect root and give mirror and everything he does (god tier support); lightning main for root, anbu tactics/killing intent and to give chakra; swimsuit samui to give super armor so that a particular ninja *cough* cannot chase her and remove her buffs. 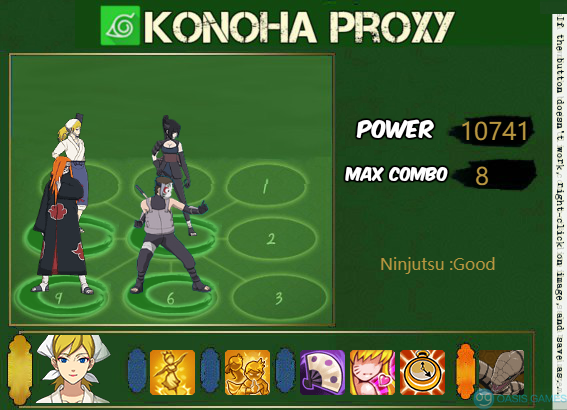 This team basically focuses on interrupting and controlling enemies while spamming shizuka's mystery by using wind main. Not much to explain I guess..

Yamato is at p2 to protect the flower guard buff and help provide chakra for shizuka's 90 chakra mystery. Ningendo gives mirror and additional chakra because the opponents will most likely target wind main to prevent her impetus mystery. (Shizuka's 7 target mystery should ideally be able to achieve the 30 hit combo) 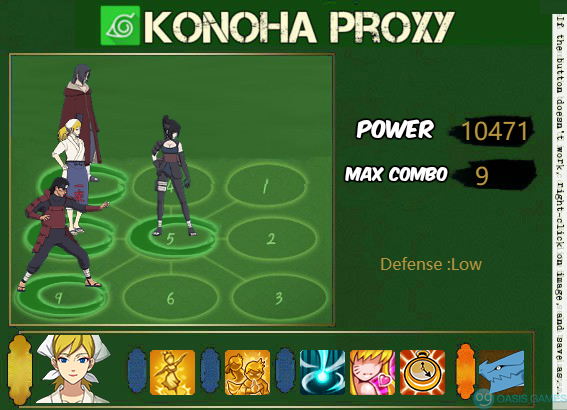 An expensive variant of this team would have p2 edo itachi and p4 edo hashirama (hashirama for 30 hit chase and healing of wind main, also for chakra absorption)

(To those in doubt, check the simulator, edo itachi's chase allows achieving the high combo required for hashirama's chase)

You can try your own lineups at https://en.konohaproxy.com.br

or talk to other players in the strategy channel of the naruto online discord server. https://discord.gg/7DtEft9

That's all. Don't be a toxic player, feel free to make your own variations and give constructive criticism , but most importantly, enjoy the game! Cheerio!

Weird? What exactly do you mean by weird? Just because you haven't seen something in a CN gameplay video or are seeing something unconventional doesn't give you the right to call it weird. If you don't like these lineups, then by all means , ignore this post; else you could try them and give an honest feedback instead of labelling the lineups as "weird" from face value alone.

Have a nice day sir/mam!

Meh, do not listen. Probably screaming because you have not red name :))

Thanks for covering Shizuka ;)

it's not cn sorry for telling you the true

U then missed the point of their post. It was that it does not have to be cn to work and not judge it cause it is not cn. That is all they meant. There are good teams out that are not me

about that lineup with gaki-ning do u think that it might work with other mains? like EM or FM? im not a big fan of LM but that lineups is breaking my * i find it so interesting and fun!

Sure, it works with other mains too. Try it out and if you like the lineup and enjoy playing with it, why not . Just make sure to change passive from mirror on fire main, because you'll already have ningendo's

About her mystery, we don't have have this one. The 7 units + Interrupt happens if your target has less than 30 chakra, not if you have 50 chakra or more. That means we could change a thing or two in some comps, since we don't need that much chakra anymore :) (Like, for example, change main mystery in the Samui, Itachi LM comp)

That said, I just wanted to add a f2p comp that is quite easy to have, and works quite well in our server : 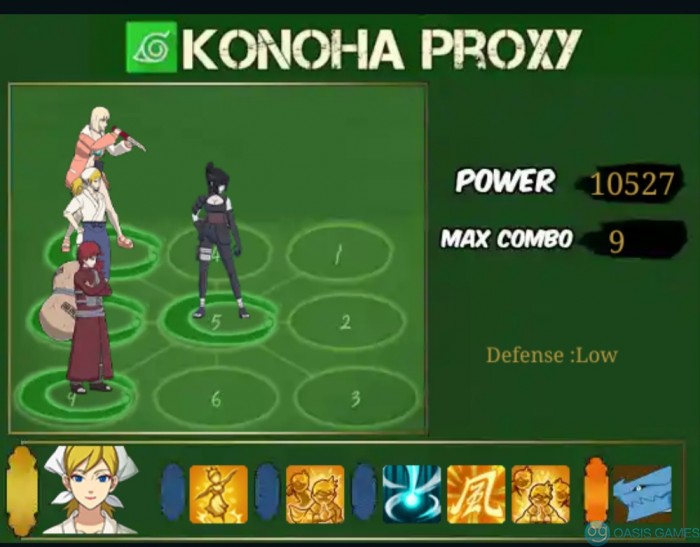 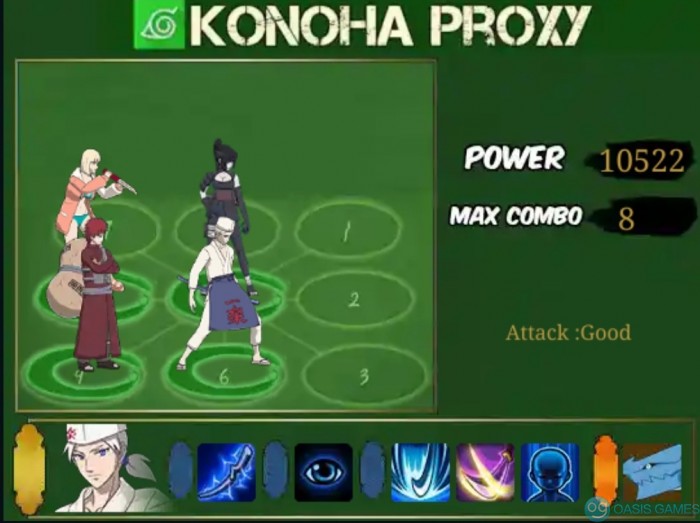 The chakra confusion has happened because in the cn version her skills were basically reworked. In our version, it has to do with the opponents chakra, that's correct.