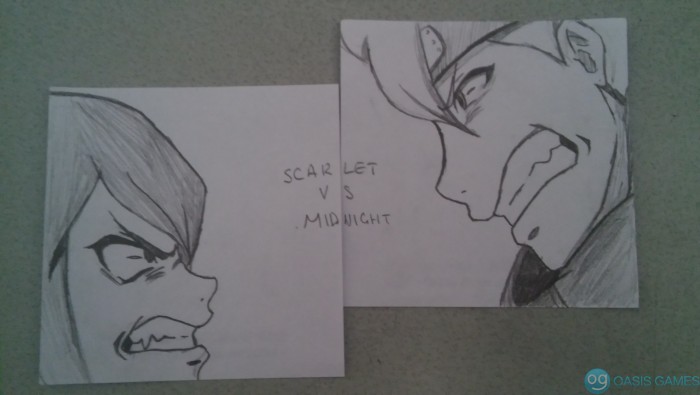 Maybe i will make a story with few arts idk

They will kill each other :v :V :V

But who will be with Breezy-chan? Midnight...?

i cant picture scarlet fighting over a girl. its midknight vs earth dude. cuz scarlet already looks tran*ual, i used to think he was a girl.

He's either like Yukketerru Amano (his girl would do the fighting, he's too shy to even ask a girl out), or he's gay.

BBQ Scarlet is cool, though. he reminds me of my dead homie Tony.