So before I get started, the idea of this thread is just to have fun with it since there is some negativity in the forum sometimes, the rules are simple, you rate the team out of 5, offer your opinion on why you give it that rating or even give suggestions to other players if you want, then you'd list a team you want others to rate. Also don't forget to list your talents in some way. Also, feel free to give insight why you chose a ninja in your team, of course this isn't mandatory ^-^ 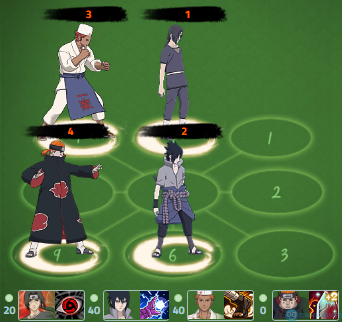 Gakido is in this team cause with his Skill Breaks and Skill Trial, he can give Sasuke [Rinne-Sharingan] a permanent 40% resistance boost while removing a lot of debuffs each round. (4 Layers each round more or less) making the team a bit harder to CC. Using the mystery that can let me do 2 standard attacks on the whole team because Itachi's Standard hits hard and can remove debuffs :p

3 from 5 . because there's many things will kill you and it's doge ninjas and you can't control your opp with sus itachi if he use immune ninjas, and R sasuke have low HP,so he may die before round 2,i mean ,your team is easy to kill :/ , sorry to be like that

Haha, don't ask not to be negative, when showing lineup with Rinne Saske. He destroys positivity in any lineup

i give it 3 maybe sasuke position1?

Better question is other then arena, where pretty much any lineup will work or using this to fight people weaker then yourself

So if we take out weak people and arena. Can that lineup honestly beat a halfway decent player that is equal in power or stronger

I think you guys are missing half the point of this thread :x

I will rate the lineup 4 out of 5 because of you lack Uchiha Madara to complete the uchiha team! Also please rate my lineup~ 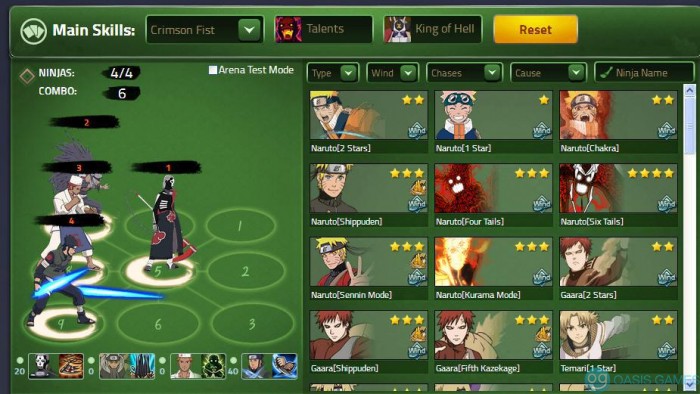 Im doing this for fun and thematic to the anime >.>

remove debuffs for what ? your team die 1 or 2 ninja at round 1 for sure.

i use only normal free ninja still can break your prime minister line up that u called number 1.

^Someone rate that now,

(Thank god someone actually understood the point of this thread)

Good team. 4/5. Hidan and kakuzu hits hard and twice. Only problem is with root of warrior, hidan can't tag and kakuzu's damage is reduced.

this is lineup i just made before few days, i think it is good 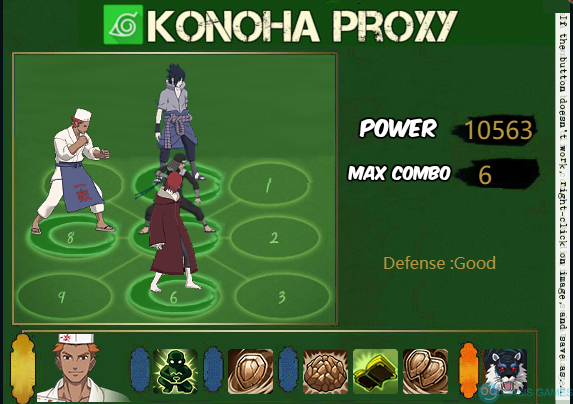 nagato full BT, but still only in chinese version

he can provide immunity and unmissable mistries for rinneg*ers if they have shield, so strong!

nagato has other amazing skill breaks, too lazy to share them

i think sasuke is so strong in this team, well if he could maintain his shield 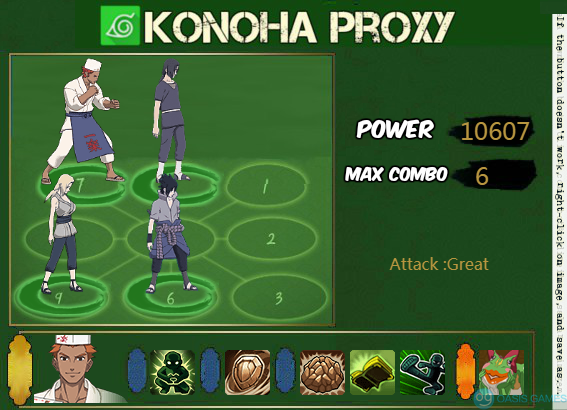 You can get more immunity and heal with this team that using Gakido.. also you could change last row talent from 4 to 3 and gain more resistance..

For me this could be a better approach..

Undodgable mystery for sasuke actually nerfs him cause his damage comes from his reseting standards. Not to mention there isn't a ninja that has dodge and super armor so the team doesn't really have a use for the nagato breakthrough either. 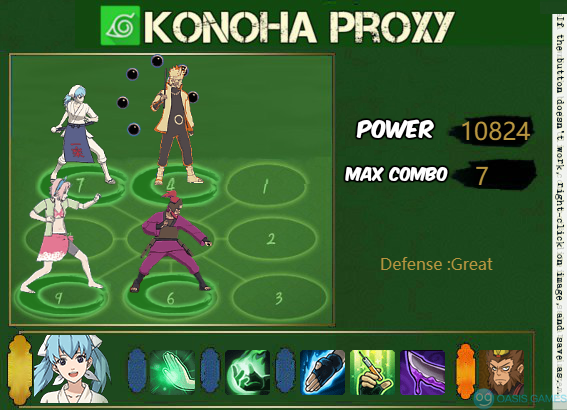 Hi. Don't really have much insight on top level battling, so I'm hoping I can glean some knowledge off you guys.

(i'm using post numbers, since i don't know how to do multiple quotes)

#1 - It isn't a bad team, but i don't really see the purpose of pos 1 itachi other than wanting to stack him with your pos 1 gear, sasuke might be as well on your middle column to absorb more attacks and have more chances to chaos your opponents. As last, that team needs reflect, that isn't up to discussion, without it sasuke's passive will backfire and itachi's mystery will be a pain to use. I would Use FM hence. 3/5.

#11 - seems quite good, interesting to see how hidan might play in the current me

#15 - Hiruzen in that team seems like a wasted spot in there, hes just buffing and about anything else, nagato - sasuke point towards a more control focused lineup, and you should hence have more sustain, maybe kakuzu BT would be better in there since he can interrupt, give 2 standards to sasuke, heal him, and lets you use inmunity passive on nagato BT, or even edo itachi in his place would be 100% better. EM with super armor passive would work better since that way you show no blind spots to your opponents nor chances to chase/chakra steal. 3/5.

#19 - Don't use regular roshi on sosp teams, even less if you can't give sosp a double standard, roshi won't be able to trigger his chase, your chakra won't be enough to use him until rd 4, and in that formation he is not absorbing any damage or causing ignite, which is the only thing he could be helpful there. i will keep my belief that sosp teams don't need healing, that's an overkill and a waste, he has leech after all, also water main's dodge passive is much better than poison tai, specially if you have a fairly decent combo stat on her (outside arena). 1,5/5.

I don't have teams i need rated, sorry