so the other day I posted and ask why gnw madara wasn't classified as a sword user or a konoha ninja... I also asked why edo and susano Itachi wasn't in the sword category along with the original Madara now today I discovered that Ronin Naruto is classified as a sword Ninja when the sad truth is Naruto doesn't even know how it feels to hold a sword. through the entire anime he fights with clones why is he classified as a sword user when some Uchihas aren't ...... then you have 6 paths Naruto who should be Nerf for a number of reasons . in the anime Sasuke had to protect him from the infinite genjutsu that proves he isn't worthy of his immunity in the game even though Sasuke saved him Sasuke isn't immune Sasuke made 9 planets. that would be enough to stun anyone yet Sasuke doesn't have mystery interruption Sasuke can teleport for as the eye can see yet he has no dodge he could even touch tail beast binding rods yet he isn't as good as 6 paths Naruto ..... Sasuke deserves a buff and the Uchihas need to be stopped being belittled 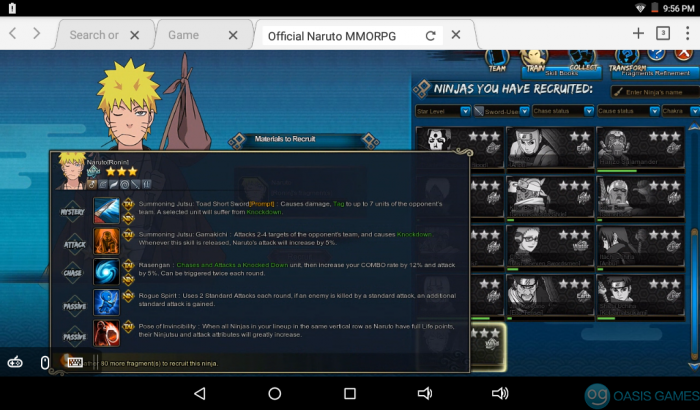 basically sasuke should be OP LIKE the *ONE MAN ARMY* or even better.

and the Uchiha's are warrior's swords are a most

I think we have other things we should be worrying about, tbh.

While Naruto may or may not have held a sword at some point in the anime/manga (not sure), Ronin Naruto is a seperate ninja than other Narutos. And Ronins tend to be sword users.
Also, other than the infinite tsukiyomi, sosp naruto is immune to genjutsu as far as I know. And no ninja currently can cast the infinite tsukiyomi in the game as any sort of skill. So he pretty much is immune to all debuffs by that point. Sasuke doesn't need a dodge since he already has susano'o AND illusion jutsu - rinnegan. Instead of mystery interruption, he has Suppression of Super Armor. Though I do agree that Sasuke should get a buff, perhaps immunity to most debuffs?

I mean this game is like any other gacha game.

Really if i were you,i wont care such trivial problem though.(Sorry if the sentence seems to be offensive)

But really. The Uchiha (after jinchuriki) are probably some of the most used group of ninjas in the game. So many late game ninjas and good ninjas: literally every single Uchiha has a use even someone like obito shounen (component for Minato jonin).

As for some not having certain attributes well, that is discussed in later posts.

Him not being strong, BS. He is strong and can be used against a variety of teams, the only problem is that those teams are ones without dodges. Go against a kakuzu, agk, edo deidera, or ay team and he will eat them alive. His chaos is amazing when it works and the Chakra steal is nothing to laugh at. Not to mention his auto attack reset if he kills a unit.

My only gripe against him is the pixelated mystery animation.

chesus f crist with the 6 path whining. If Sasuke would be the op 1 and 6p the * post would be all filled with nerf Sasuke *.

and Naruto with the sword? dam

yea!, sasuke should be as op as naruto, i mean they fought and they had equal power in the anime, i dont understand why did they made him so weak in this game ...

Also Ronins are Samurai without a master. Which utilizes swords. That is why its classified as a sword user.

even if it is naruto online, sasuke should be stronger, not stronger than naruto but at least strong, he is too weak there is alot of low price ninjas can defeat him

As far as the Naruto Universe is concerned, Sasuke and Naruto are just as strong as each other.

wtf with that answer is so amusing ! why u tell us a joke instead of an answer ? lol

hmmmm i think is not a problem to care of about the topic.

ngl, sasuke's a pretty controversial character, he got a p big hatedom too, so no doubt there are a lot of folks who would like to see him nerfed omegalul

so Naruto can interrupt is immune and sasuke can only stop super armor and gets a chance of chaos when you have root teams and so on out there …. they were both blessed equally by the sage why is sosp Naruto buffed more..... p.s. everyone can stop super armor at this point in the game

he lasted hours against hidan and kakuzu

and kakuzu got 100% asswiped by hashirama. so going by that, chiriku should be weaker than default hashirama and default kakuzu. is he? default kakuzu suks hugely which means your argument of powerscaling is null and void

if we're actually talking scaling to real naruto power levels, that's * and would be completely 100% unbalanced.

I actually got a good laugh with this thread.